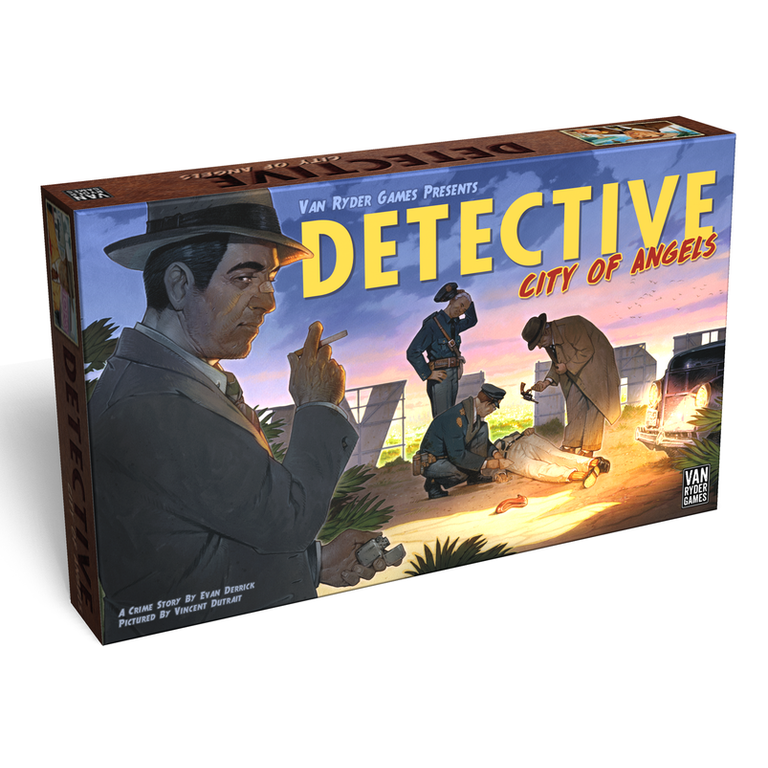 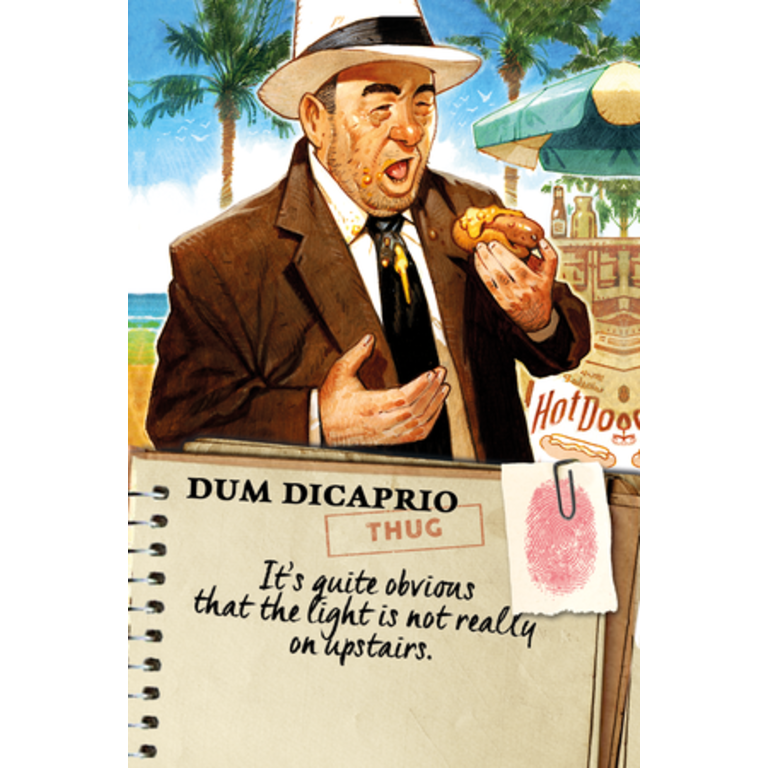 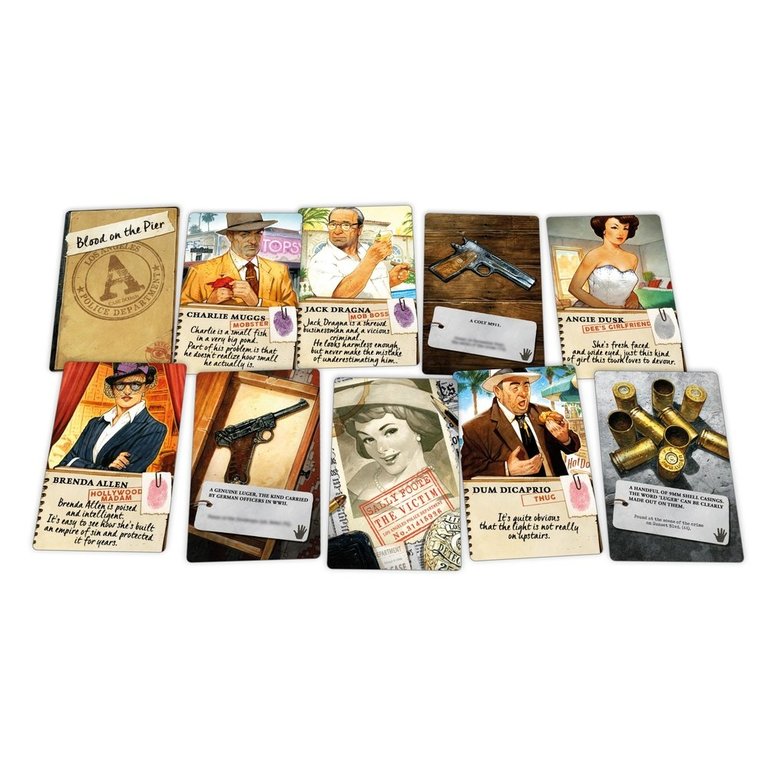 Set in the dark and violent world of 1940s Los Angeles, Detective: City of Angels is a game of mystery, deception, and investigation for 1–5 players.

Most players will step into the shoes of LAPD homicide detectives, hungry for glory and willing to do whatever it takes to close a case, even if that means intimidating suspects, concealing evidence, and hiring snitches to rat on their fellow detectives.

One player, however, will take on the role of The Chisel, whose only goal is to stall and misdirect the detectives at every turn using bluffing, manipulation, and (often) outright lies.

The game includes separate, detailed casebooks for the detectives and The Chisel. Each crime is a puzzle that can unfold in a variety of ways. As the detectives turn the city upside down, uncovering fresh evidence and "hot" leads, hidden suspects may be revealed and new lines of questioning will open up, creating a rich, story-driven experience!

Back to home
Van Ryder Games

Quickview
Van Ryder Games
Detective: City of Angels - Bullets Over Hollywood Expansion
Step back into the gritty 1940's Las Angeles for even more difficult cases to crack!
C$55.95
By using our website, you agree to the use of cookies. These cookies help us understand how customers arrive at and use our site and help us make improvements. Hide this message More on cookies »