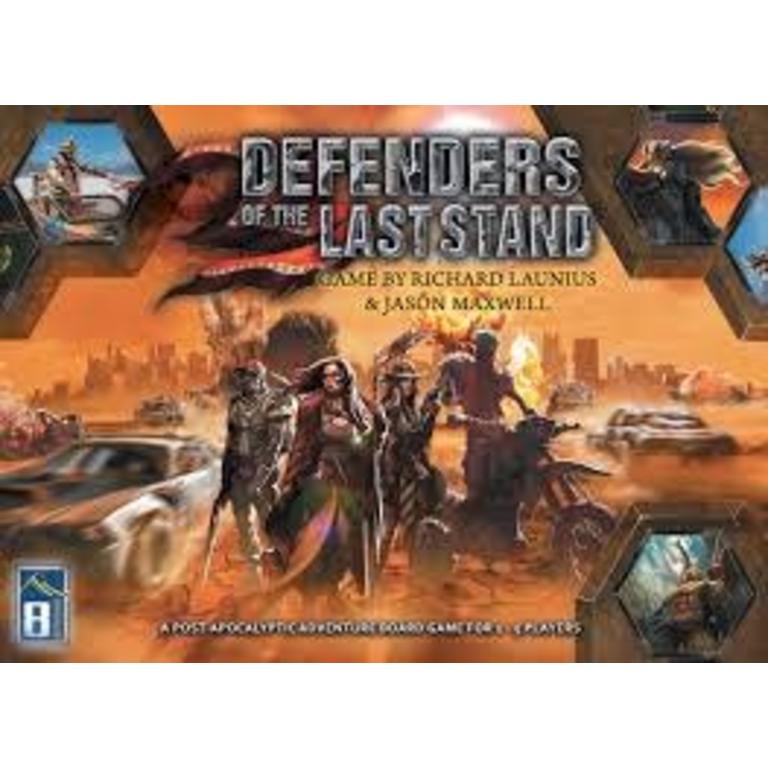 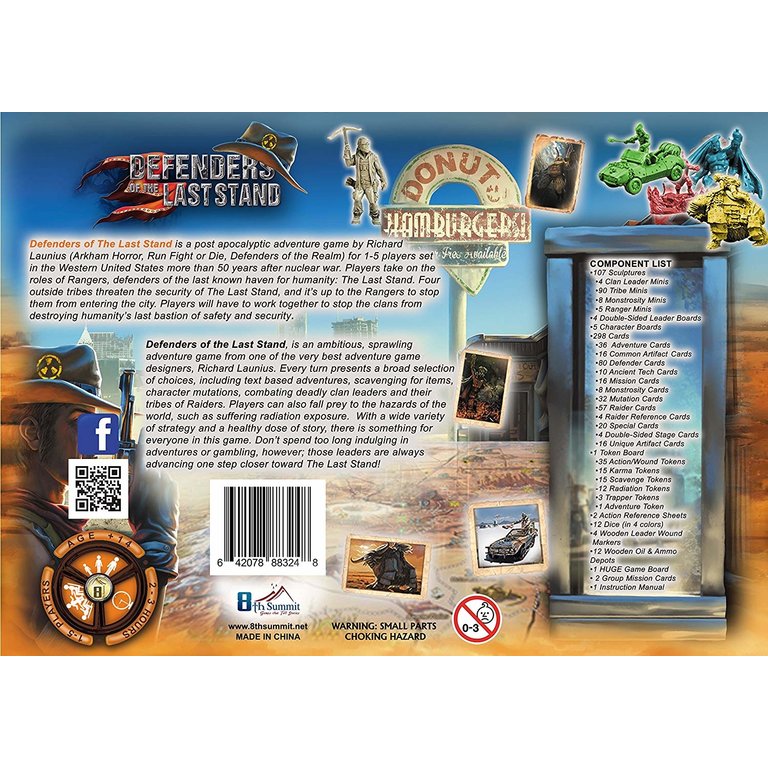 Defenders of the Last Stand

C$129.95
8th Summit
Out of stock
Article code 642078883286
Defenders of The Last Stand is a post apocalyptic adventure game for 1-5 players set in the Western United States more than 50 years after nuclear war.
Share this product:

Defenders of The Last Stand is a post apocalyptic adventure game by Richard Launius (Arkham Horror, Run Fight or Die, Defenders of the Realm) and Jason Maxwell (Agents of SMERSH, Superhero Solitaire) for 1-5 players set in the Western United States more than 50 years after nuclear war. Players take on the roles of Defenders of the last known haven for humanity, called The Last Stand. Four outside clans leaders, along with their followers, advance toward the town, and players work cooperatively to defend The Last Stand.

Menacing mutants also roam the desert threatening the city's survival. The game will introduce player character mutations - your character can mutate from travel into irradiated areas. Gameplay will consist of both elements of adventure and conflict resolution, and Defenders of the Last Stand will come loaded with miniatures, including three large sculpted miniatures of the invading Clan leaders as well as their minions - sculpted by Chad Hoverter.

The four warrior clans include raiders on bikes and in cars, another group of human amazons that ride large mutated beasts, a third clan consisting of techno savvy, yet criminally insane youths, and finally a large winged creature so mutated that he has lost all traces of his old humanity.