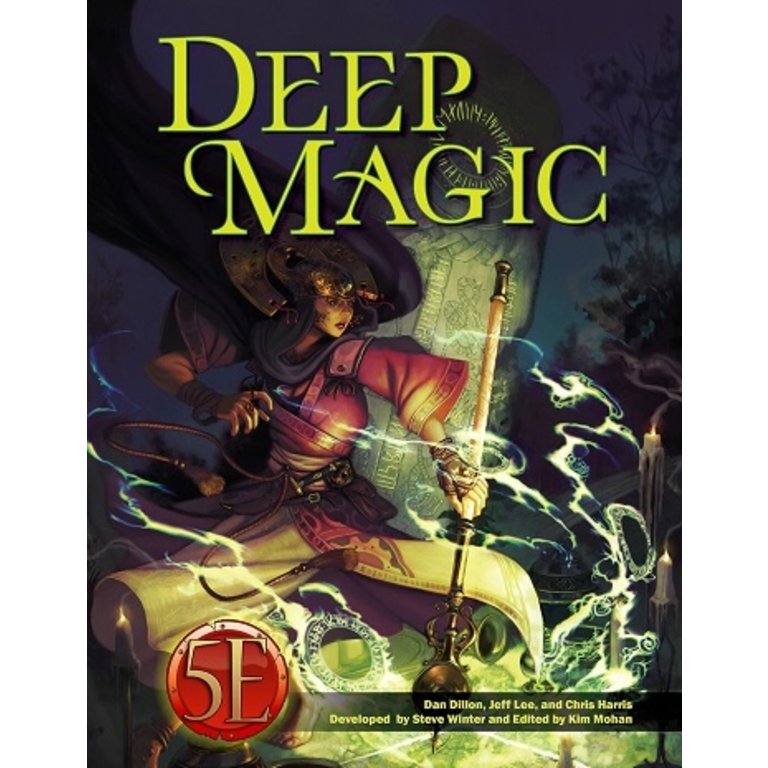 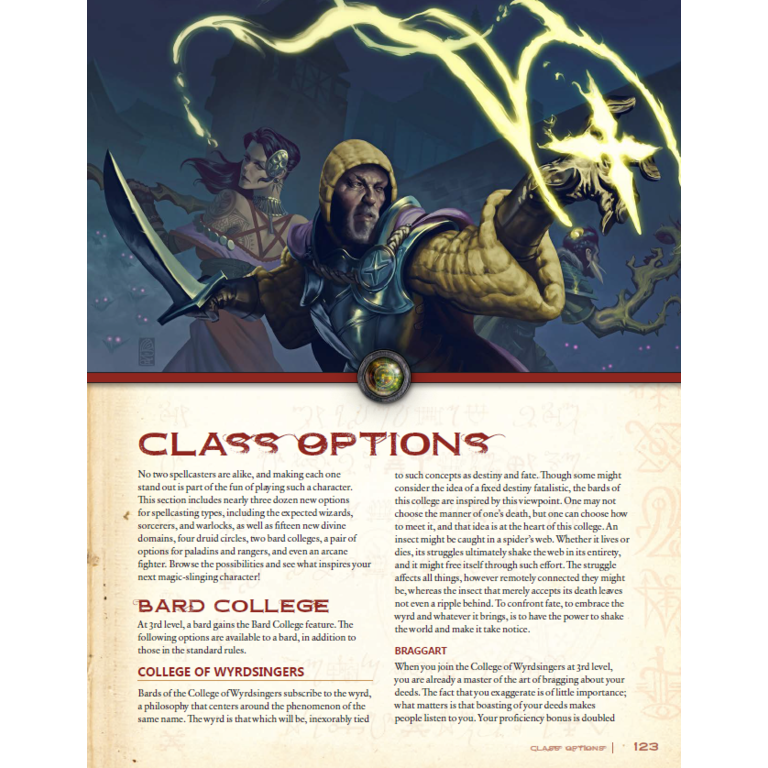 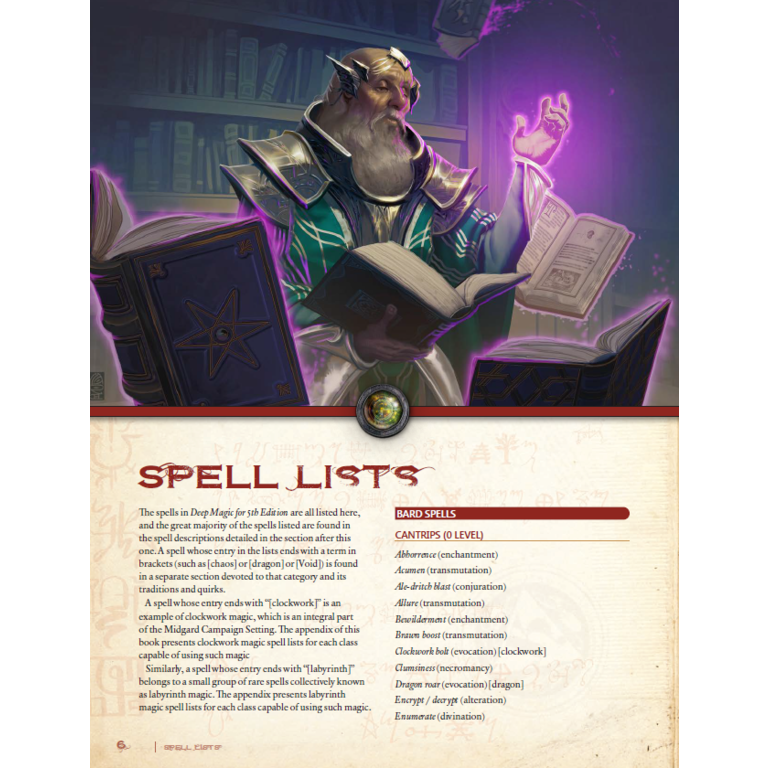 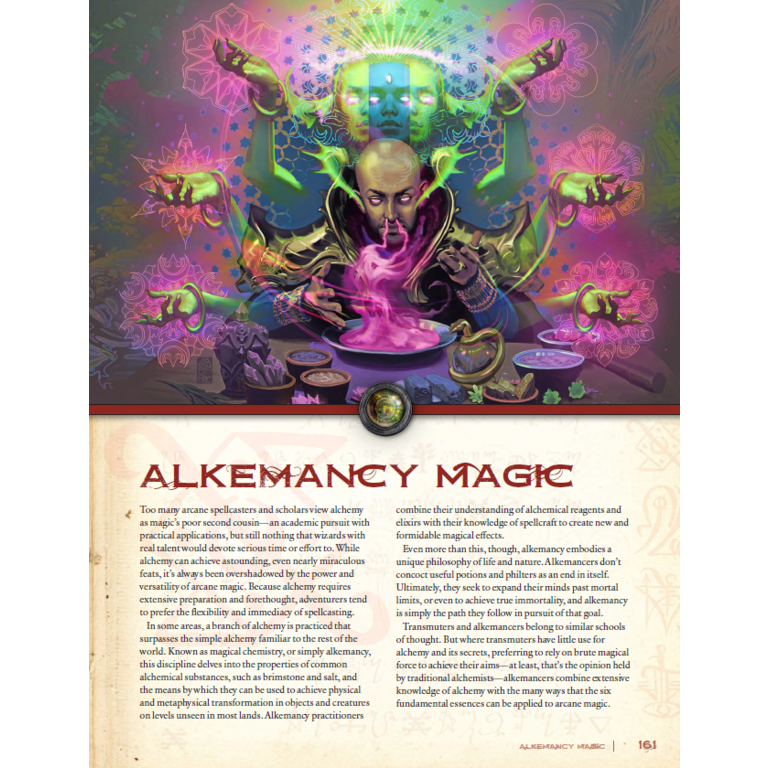 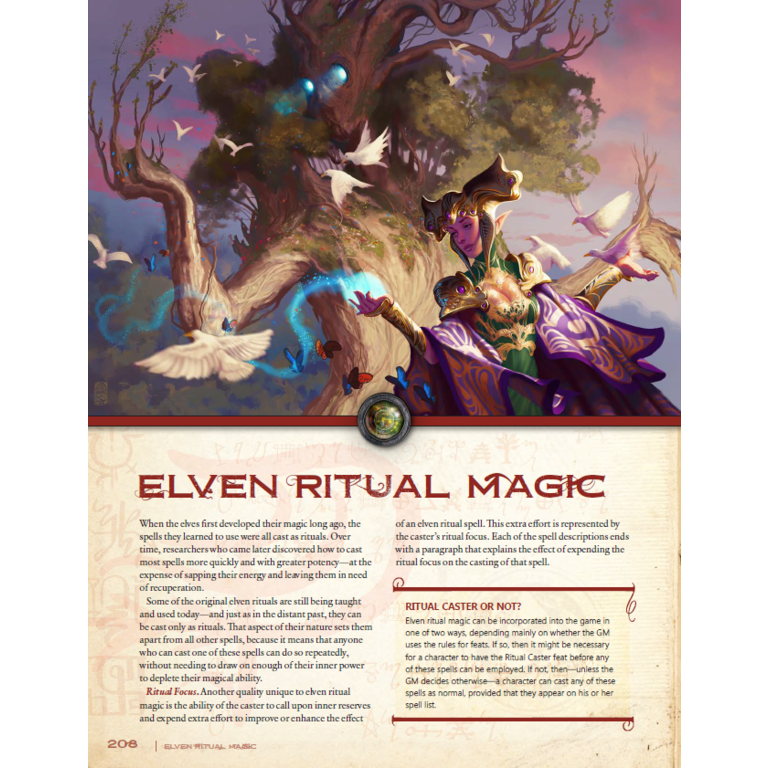 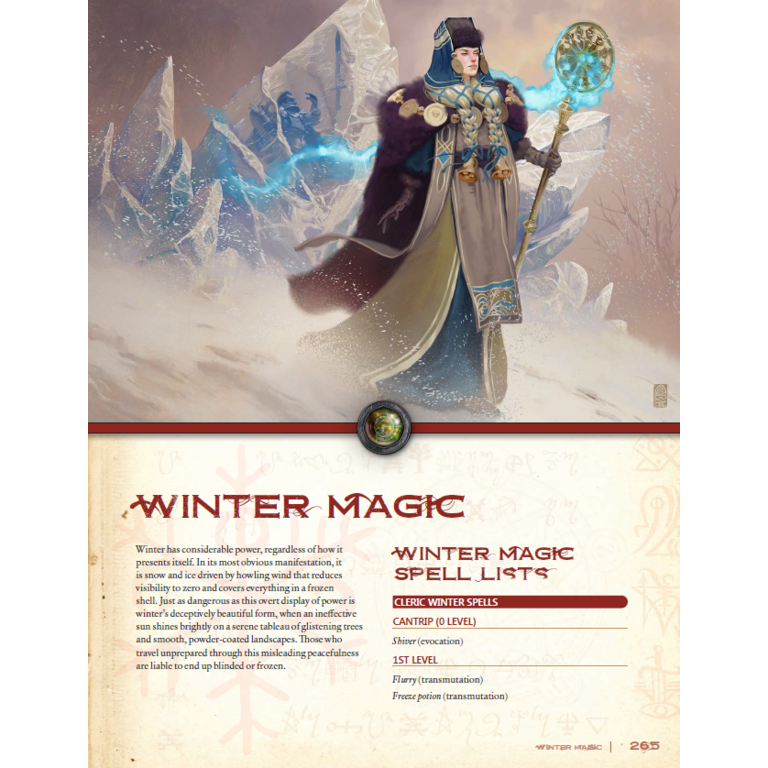 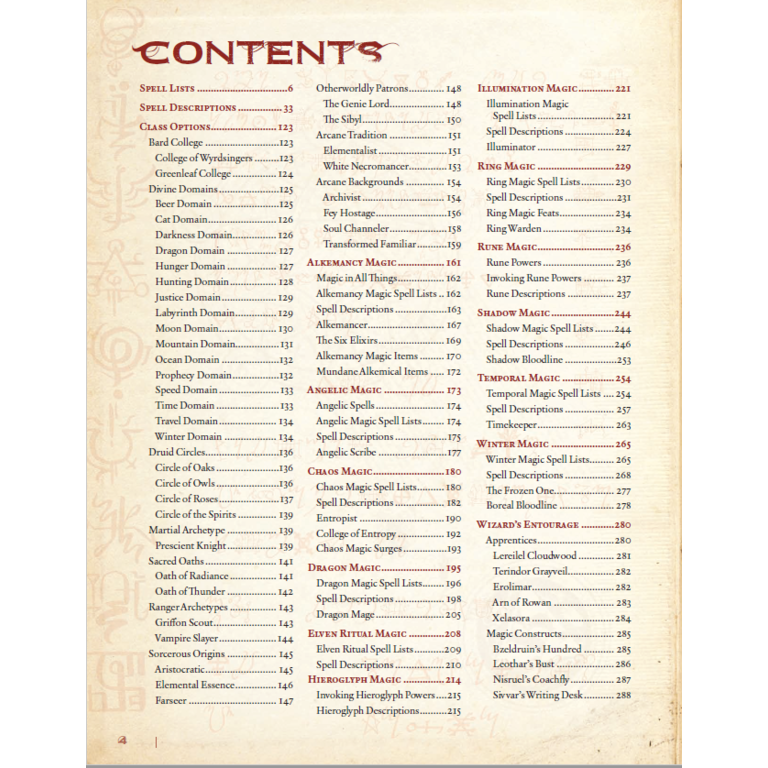 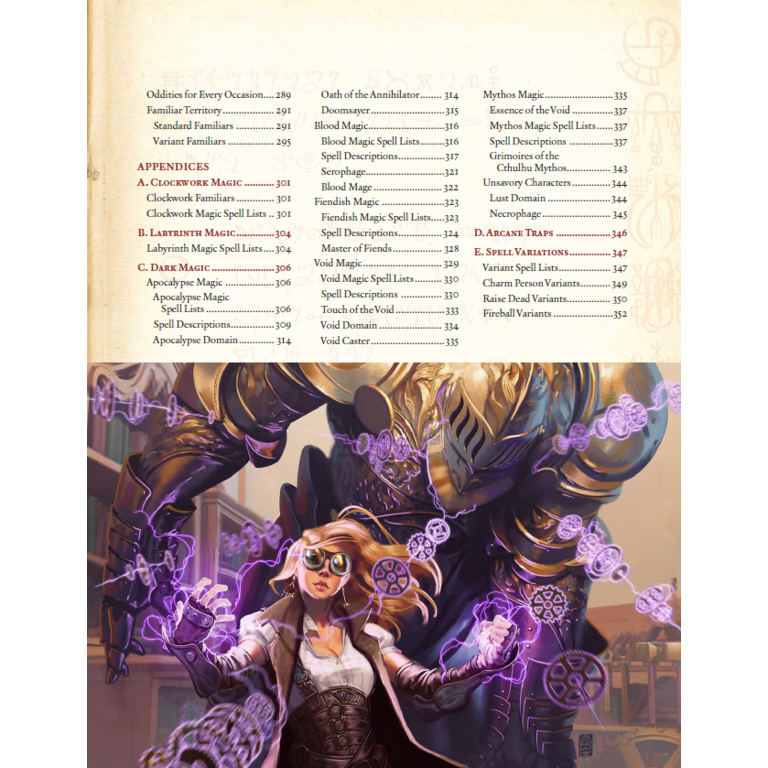 Ultimate spellpower is yours! No matter how you slice it, magic is at the heart of fantasy. Nothing says magic like a massive tome of spells.

This tome collects, updates, tweaks, and expands every awesome spell, cantrip, and glamour derived from years of the Deep Magic for 5th Edition series — more than 600 new and compiled spells by the best in the business, including Wizards of the Coast staffers and A-list freelancers. And it adds a lot more: 15 divine domains, new arcane subclasses like the diabolist and temporal magic, expanded familiars and conjured servants, wizard workshops, arcane traps, and yes, even more new spells.

This tome is not just for wizards and sorcerers. Deep Magic expands the horizons of what's possible for wizards, sorcerers, clerics, and even for rangers and paladins. It offers something new for every casting class, from alkemancy to druid rituals, and from bard to warlock!

With these new spells and options, your characters (or your villains) can become masters of winter magic, chaos magic, or shadow magic. Seek out hidden colleges and academies of lost lore. Learn new runes, hieroglyphs, and cantrips to crack open the walls of reality, or just bend them a bit.

Deep Magic contains all magic from start to finish!

Quickview
Wizards of the Coast
Dungeons & Dragons 5e Icewind Dale: Rime of the Frostmaiden
Feel the cold touch of death in this adventure for the world’s greatest roleplaying game.
C$63.95
Gale Force Nine

D&D Icons of the Realms: Baldur's Gate Descent Into Avernus - Arkham the Cruel and the Dark Order Premium Painted Figures

out of stock
Quickview
Wizkids/NECA LLC
D&D Icons of the Realms: Baldur's Gate Descent Into Avernus - Arkham the Cruel and the Dark Order Premium Painted Figures
Can you trust Arkhan the Cruel and The Dark Order or will there be war?
C$49.95
By using our website, you agree to the use of cookies. These cookies help us understand how customers arrive at and use our site and help us make improvements. Hide this message More on cookies »