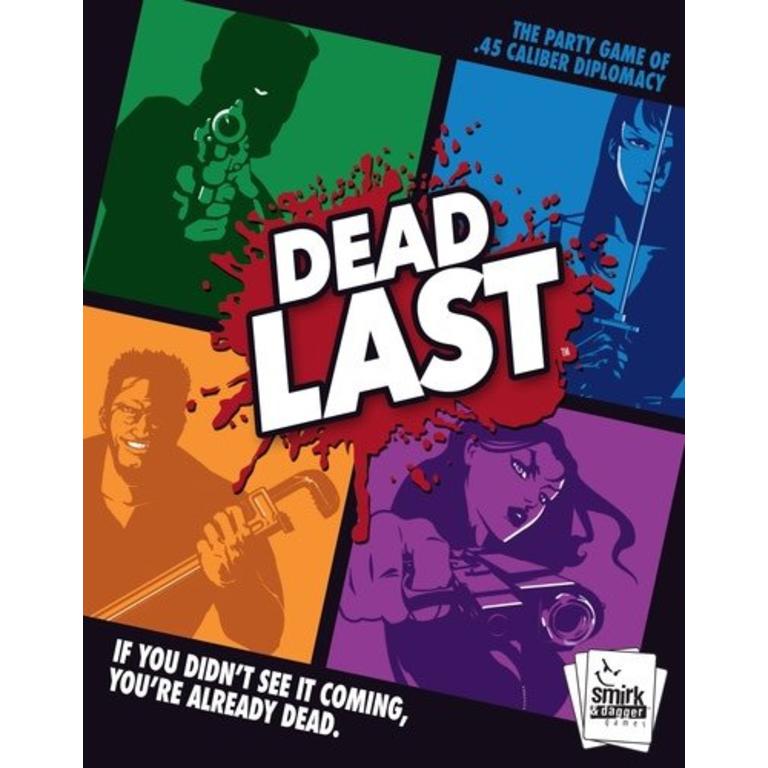 The Tontine. An ages-old investment scheme, where you just buy a ticket and could potentially make millions – if you are the last living member. But there’s a reason Tontines are illegal. They have a tendency to lead to murder. That doesn’t mean they don’t still exist. In fact, you hold a ticket to a quickly collapsing Tontine. With only a few dozen members left, it is now kill or be killed. It could mean a fortune, if you’re DEAD LAST.

Dead Last is a 'social collusion' game of shifting alliances, betrayals and murder for profit. There is no hidden traitor, as each of you is equally an ally and a betrayer at any given moment. Each round, you will conspire and then vote upon whom to kill, in an effort to be the last player standing and collect gold. You MUST vote with the larger group, just to stay alive, so alliances and gaining agreement on who will die is critical. Subtle communication, a glance, a nod, pointing a finger, flashing their targeting card, anything at all is completely legal. But don’t tip off your target – or they will ambush you instead.

A boisterous, party game of .45 caliber diplomacy for 6 to 12 players.