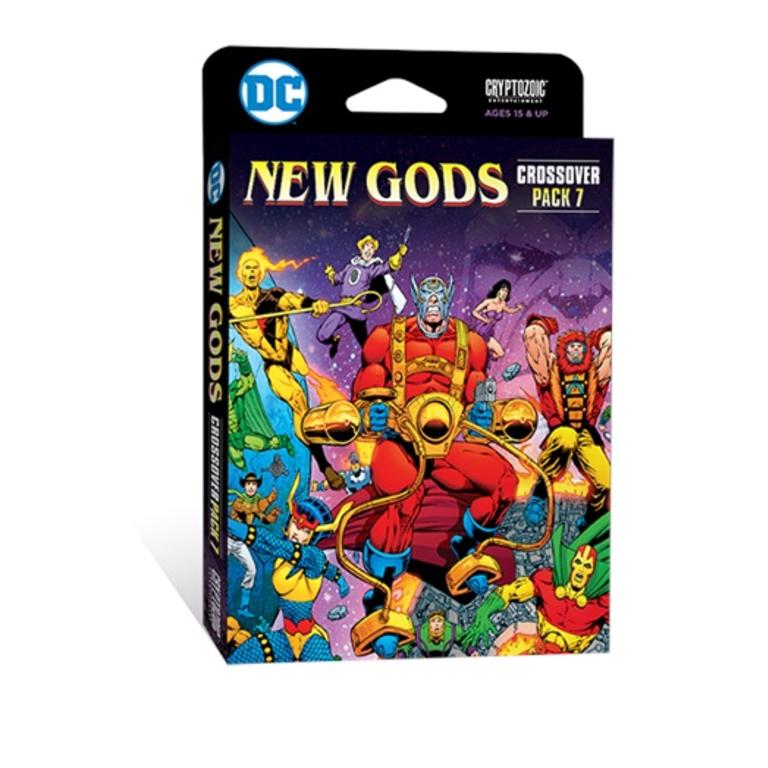 The DC Comics Deck-Building Game Crossover Pack series is a way to breathe new life into your game with just a few tweaks.
Grab your favorite DC set and instead of using the Super Heroes and Super-Villains from that set, use the ones from this pack instead
!

DC Comics Deck-Building Game: Crossover Pack 7 New Gods features a full set of new playable characters: Orion, Mister Miracle, Big Barda,
Kalibak, Granny Goodness, and Darkseid. Instead of the usual Super-Villain stack, you use two stacks of Homeworld cards. Each Homeworld has a
special ability that all players can take advantage of, as many of the New Gods have spent time on both sides of the conflict between New Genesis
and Apokolips. If you are Darkseid, you seek to conquer New Genesis...but so do your fellow super-villain players. The superheroes, conversely,
compete to conquer Apokolips. When either Level 3 Homeworld is conquered, that ends the game and the player with the most VPs wins!


All of the hero and villain cards in this set feature a new keyword: Protector. By simply revealing a Protector from your hand, you may be able to
thwart an invasion of your Homeworld.