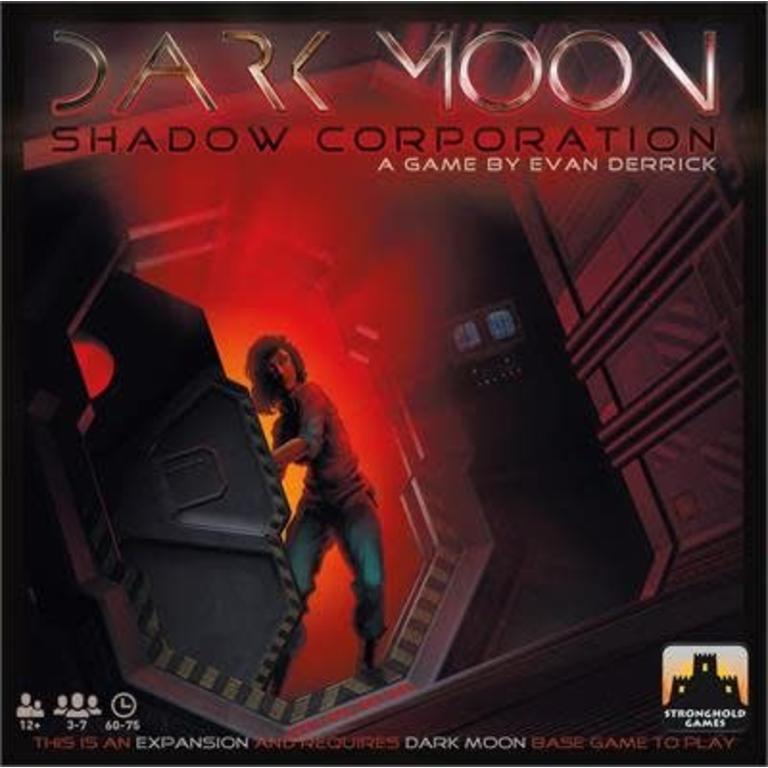 In Dark Moon: Shadow Corporation, an expansion for the hit game of hidden identities and betrayal, Dark Moon, the nefarious Company is interfering with events on Titan. They have "helpfully sent an evacuation ship in hope that an Infected worker will be loaded onto it. They interfere in tasks and threaten miners or their loved ones to further their goals, and they may have placed a fanatically loyal Company Man among you. With the Company lurking and tainting every decision, it will be that much more difficult to answer the question, "Who can I trust?"

Dark Moon: Shadow Corporation includes new characters, new actions, new events, the new role Company Man (who has his own agenda and a way to win!), new ways in which the game can end, and two optional modules that can be added to ramp up the paranoia and mistrust even further!

Quickview
Stronghold Games
Dark Moon
C$47.17
By using our website, you agree to the use of cookies. These cookies help us understand how customers arrive at and use our site and help us make improvements. Hide this message More on cookies »