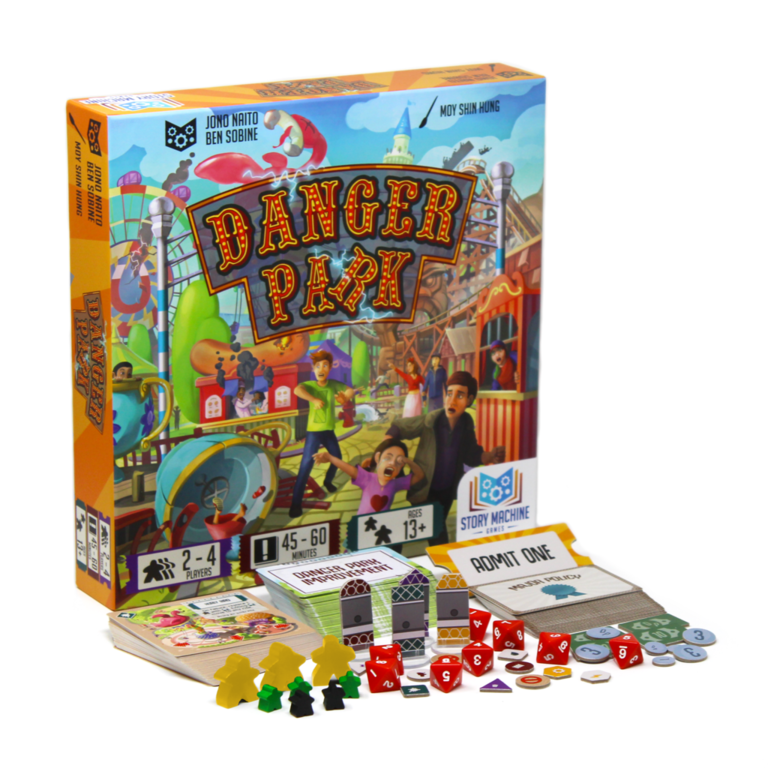 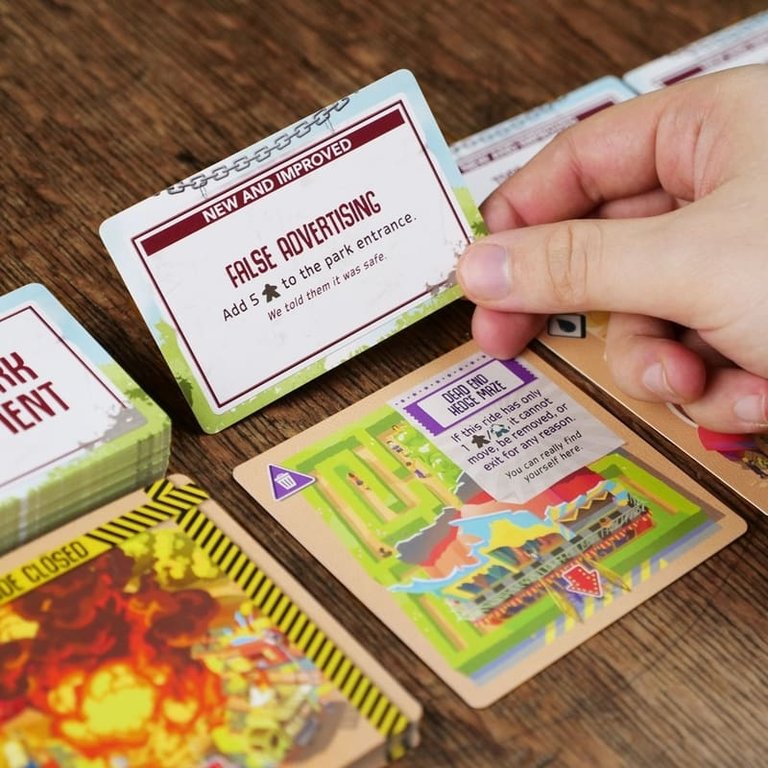 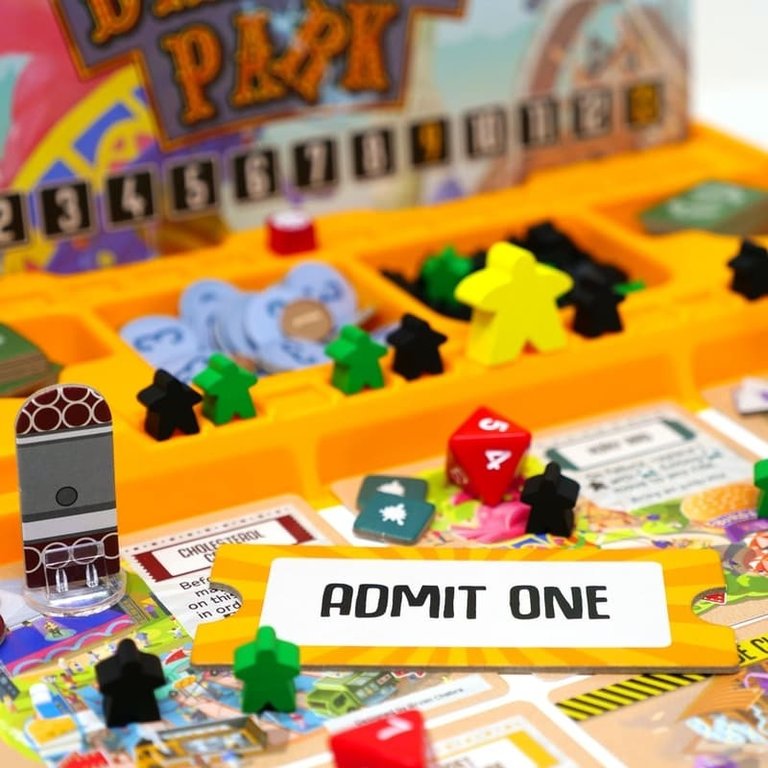 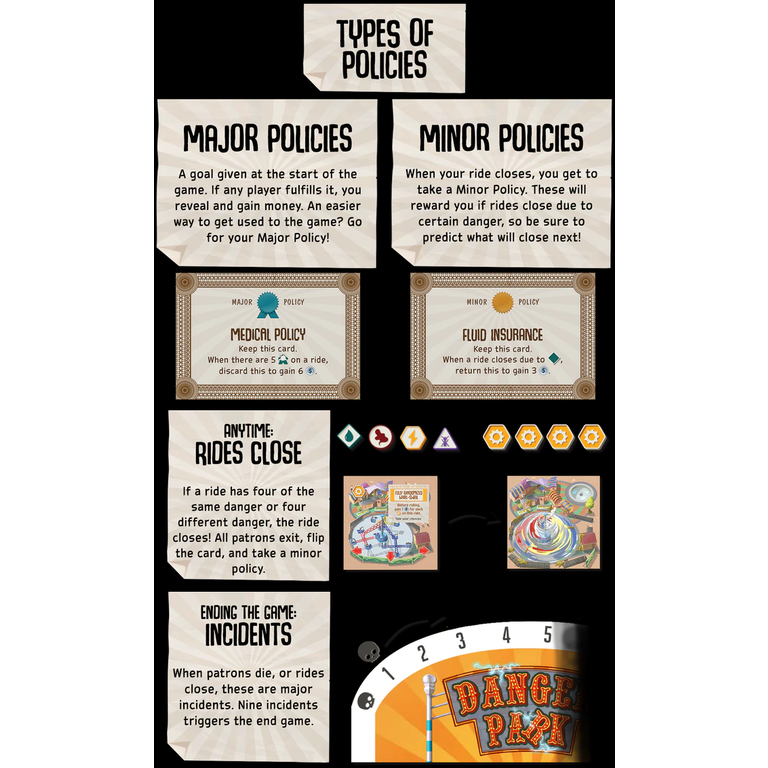 The easy part: Build a theme park as a team and make as much money as possible.

The hard part: The theme park is a dangerous death trap full of mayhem, negligence, and fraud.

In Danger Park, players take turns placing rides in a collectively-built amusement park. Patrons are placed and move through the park based on ride exits, and each patron generates money for the different ride owners. Using the unique abilities of rides and park improvements, players move patrons, block exits, and most importantly, add danger in the form of vomit, pets, flooding, electrical failure, and more in order to influence die rolls. High rolls show satisfaction and keep patrons on rides. Low rolls create additional danger and force patrons out to other rides. Additionally, insurance policies can be taken to benefit from certain poor outcomes, encouraging direct sabotage for profit. When the park finally closes due to poor quality, rides closing, or patron injury, the player with the most money wins.