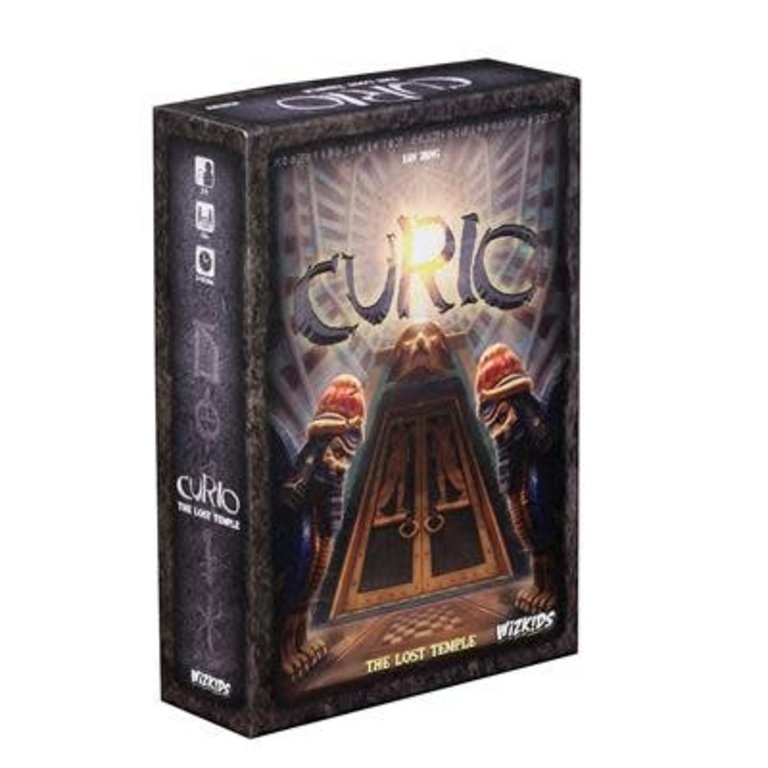 C$39.95 C$29.96
Wizkids/NECA LLC
In stock
Article code DNR-634482732885
Share this product:
A sinkhole formed west of the Tigris river in the heart of Mesopotamia revealing a large stone door with curious, unknown markings. A special team of archaeologists, from all over the world, ventured to the site to solve its puzzle, allowing them inside. Therein, a massive man-made cavern, stretching for what seemed to be a mile straight down, could be seen. But just as the team decides to leave, the door slams shut, sand slowly filling up from the ground, and a revelation of new puzzles that must be solved. Will they do it in time?

Players take the role of the archaeological team as they try to escape the Lost Temple. In this real-time cooperative game, players will need to communicate and collaborate to solve an unending slew of puzzles.

Unlike other games in this genre, Curio: The Lost Temple is endlessly re playable, even by the same players. Using a unique module-based system, players manipulate, sort, rotate, and search puzzle components to arrive at a distinct answer.