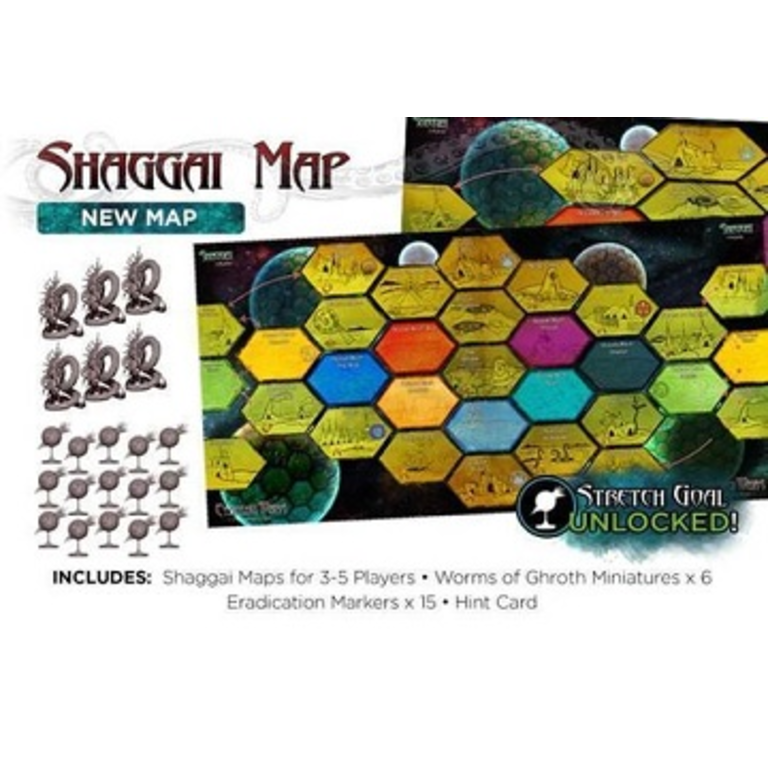 This new map represents the planet of Shaggai, annihilated centuries ago. It is, of course, the original home of the Insects from Shaggai (who made their appearance in Onslaught Two). In those days, the horrendous hellworld Ghroth wandered too near Shaggai, and initiated the process that resulted in Shaggai’s complete destruction. The map of course is set during the time of Shaggai’s eradication, which is represented by the Worms of Ghroth – horrendous tools of woe which spread across the surface, leaving oblivion in their wake.