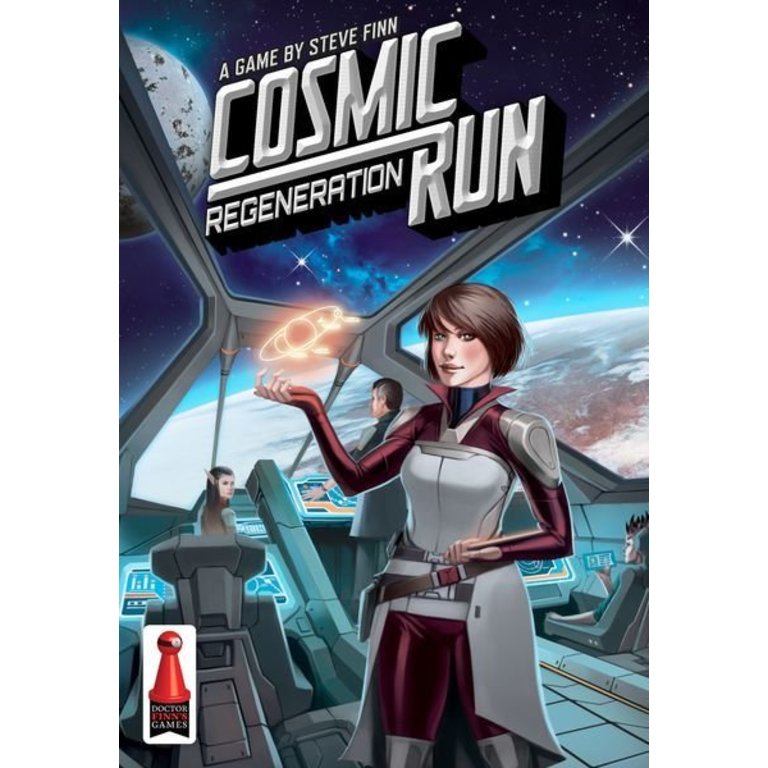 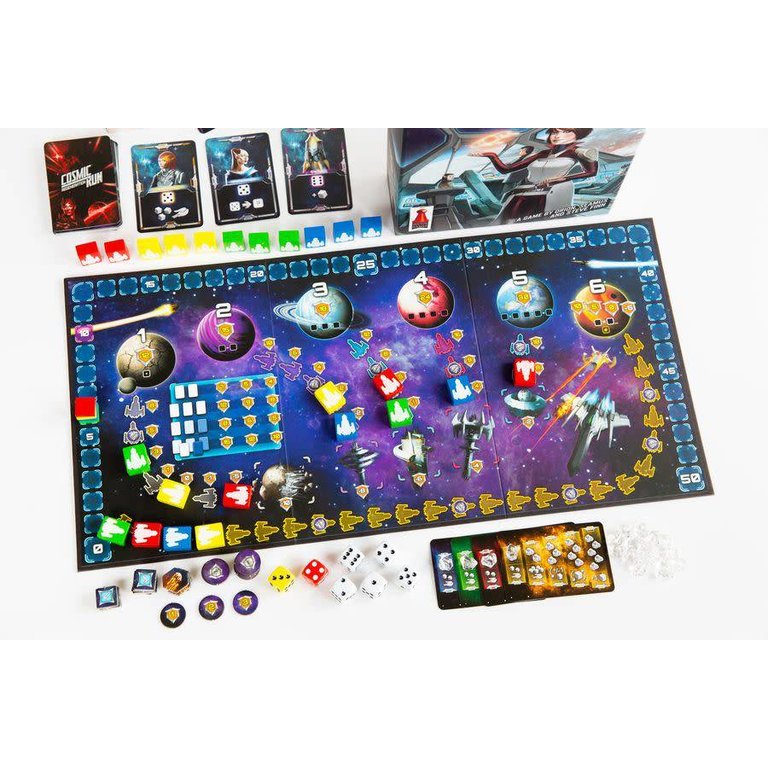 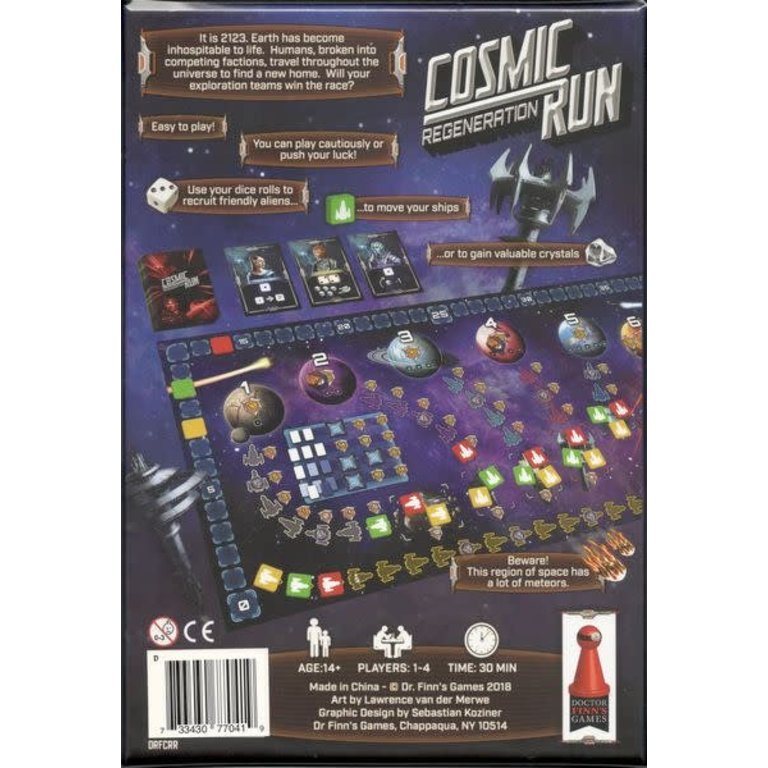 C$42.95
Doctor Finns Games
Out of stock
Article code 733430770402
Humans, broken into competing factions, travel throughout the universe to find a new home. Will your exploration teams win the race?
Share this product:

The year is 2123 and the planet earth is becoming uninhabitable. New powers of interstellar travel make it possible for earthlings to find a new home. Competing teams of human explorers use space stations spread throughout the universe as bases for discovering new worlds and befriending aliens to help them in their quest. Explorer teams are not only racing each other, but an alien race also hoping to discover the planets. Will your team be able to reach a planets before the others to establish colonies?

Cosmic Run: Regeneration is a revised version of Cosmic Run. Like the original, Cosmic Run: Regeneration is a quick, push-your-luck, space race for 1-4 players. On a turn, a player rolls dice and must commit at least 1 of them to one of the various exploration tracks or to an alien card. Some of the tracks require multiple identical dice, with the most valuable tracks costing many identical dice. However, once a player commits a die, it cannot be moved. So players have to decide between a conservative approach (making sure and steady progress along less valuable tracks) or an aggressive approach (pushing one's luck to try to move up the highly valued tracks).

Players may opt to use their dice to befriend aliens, rather than explore, because the aliens provide special powers that can eventually help them move along their exploration tracks even faster. The game may be played competitively or cooperatively.

Cosmic Run: Regeneration is different from the original Cosmic Run in many ways. Regarding the rules, these are the main changes:
- A 6th planet track with its own rules for placement
- A 6th type of alien card
- The mechanism for the alien race landing on planets (which used to be meteors hitting planets) is now card-based, rather than dice
- Alien cards must be turned in during the game to score points
- Alien cards are one use and easier to acquire

The game's components are also different, insofar as this game has a full board and some updated graphic design.