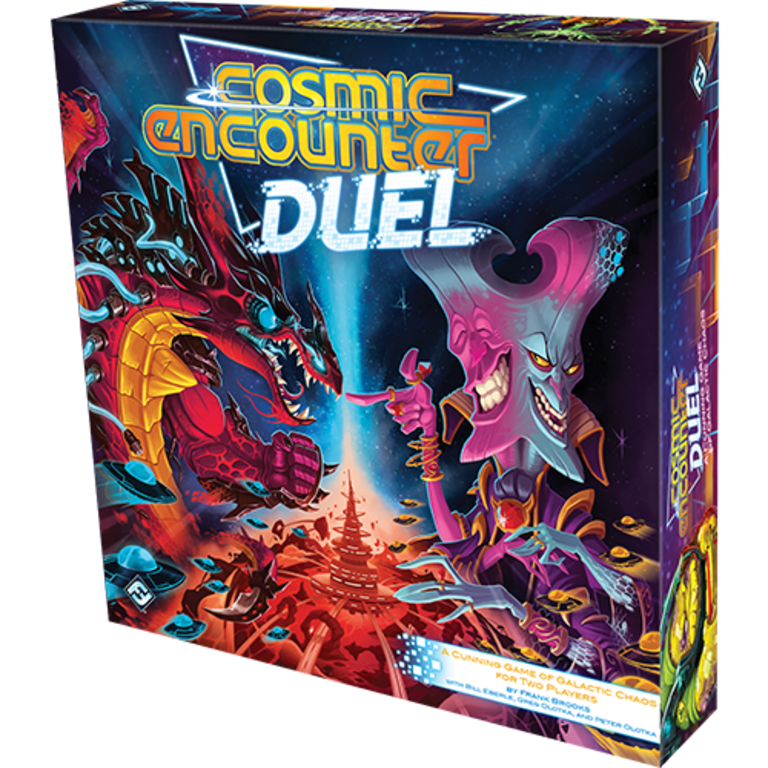 C$49.95
Fantasy Flight Games
Out of stock
Article code 841333111076
Cosmic Encounter Duel is a competitive standalone game for two players where you and your closest frenemy race to be the first to control five planets.
Share this product:

A momentous occasion has occurred!

The Cosmic Citizenship Council has announced it will allow two new alien species to join its ranks! However, the Council forgot to make two copies of the filing form, meaning really only one species can join…

A duel is the only way to see which species truly deserves to join the ranks of the esteemed Council. To prove their worth, each side must race to gain control of a minimum of five planets. The winner will become a Certified Civilization, while the loser will fade into intergalactic obscurity. Now, the battle is on in Cosmic Encounter Duel!

Cosmic Encounter Duel is a competitive standalone game for two players where you and your closest frenemy race to be the first to control five planets. Colorful ships, hidden tactics, and your alien’s unique abilities may tip the odds in your favor, but beware! Tricks and traps abound, and you never know what destiny has in store!

Quickview
Fantasy Flight Games
Cosmic Encounter 42nd Anniversary Edition
Build a galactic empire...
C$78.95
By using our website, you agree to the use of cookies. These cookies help us understand how customers arrive at and use our site and help us make improvements. Hide this message More on cookies »