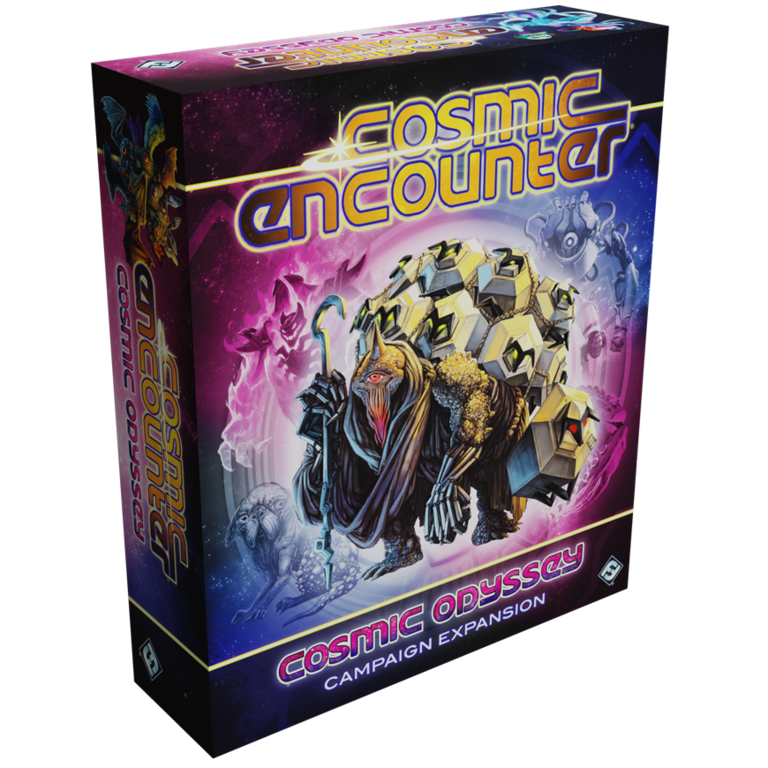 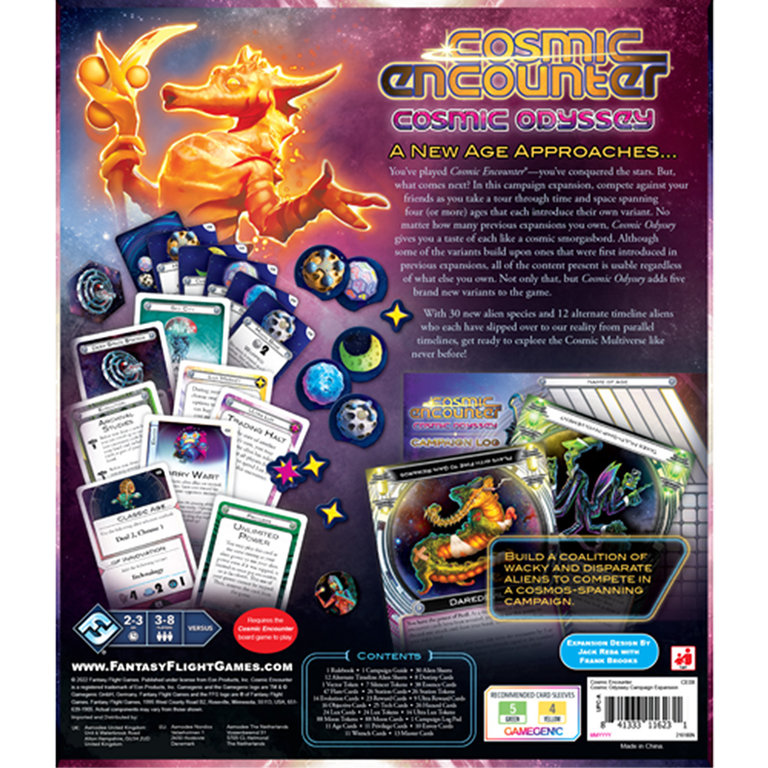 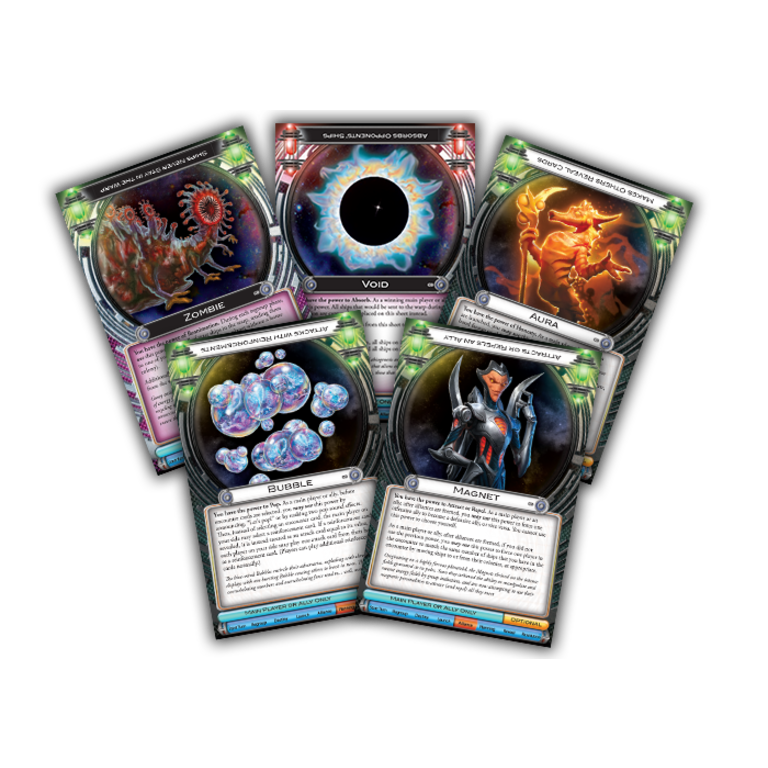 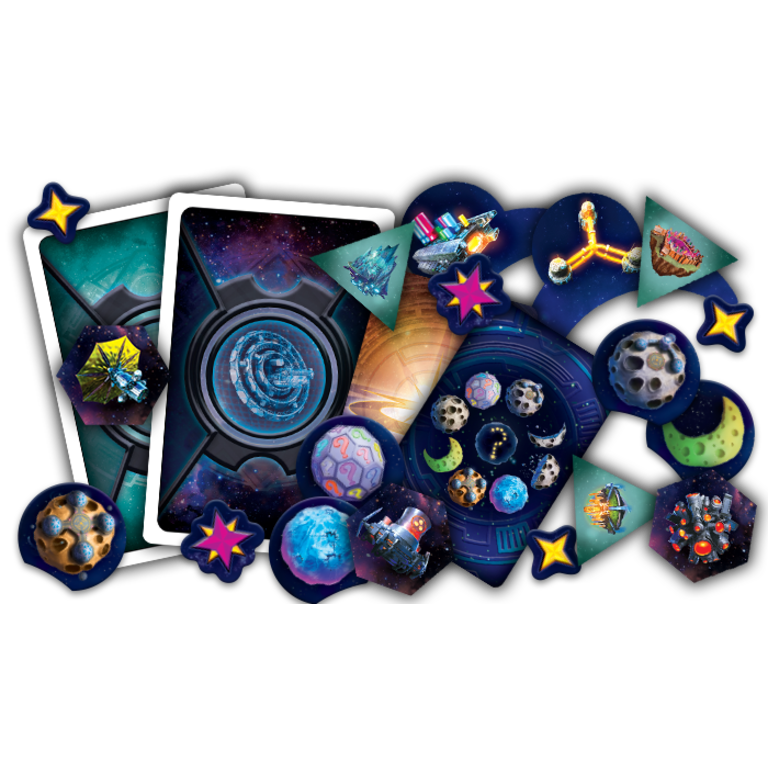 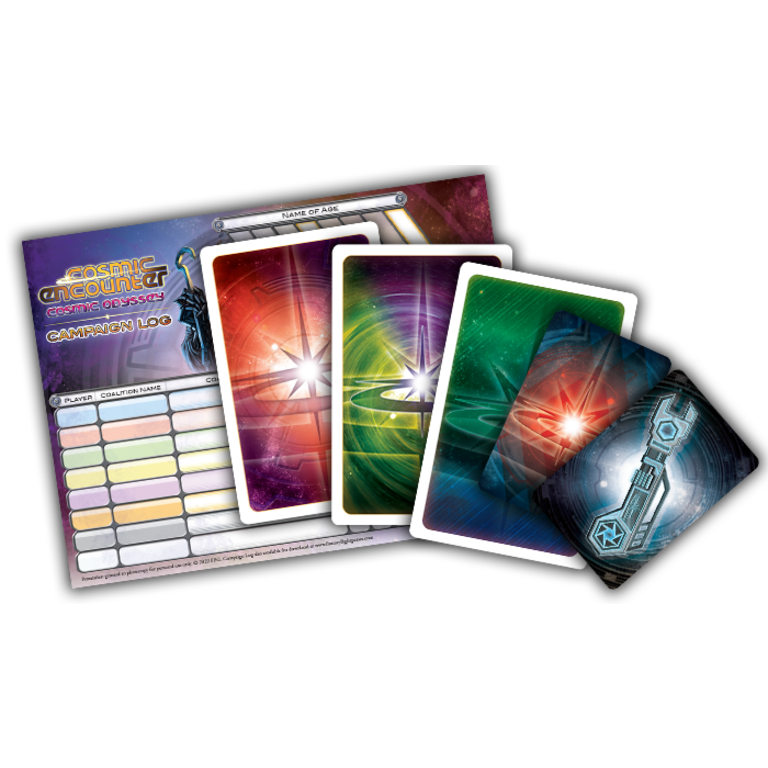 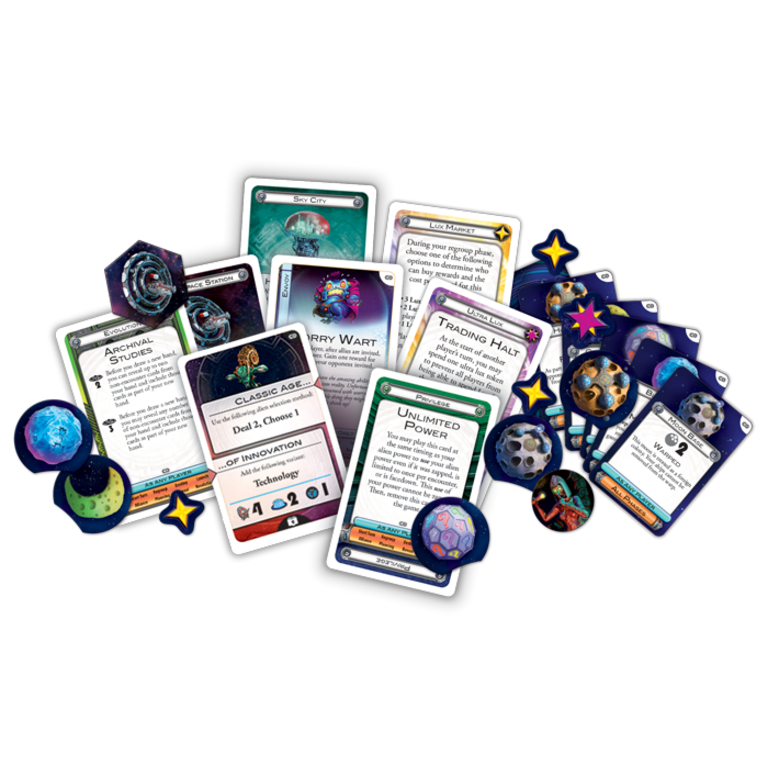 C$60.27
Fantasy Flight Games
In stock
Article code 841333116231
This massive expansion is bigger than anything Cosmic that came before it (aside from the base game)
Share this product:

You’ve conquered the stars in Cosmic Encounter®. You’ve weathered storms, defended against incursions, forged alliances, engaged in countless conflicts, and established dominion for eons. Or perhaps you’ve done none of those things, and Cosmic Encounter has only recently entered your life. Either way, there is still the ever-burning question: what comes next?

Well, dear friends, this comes next. And it’s going to be epic.

This massive expansion is bigger than anything Cosmic that came before it (aside from the base game, of course), and it packs enough wallop to enhance your wild and wonderful space shenanigans for countless games to come. Even if you don’t own any of the previous expansions, Cosmic Odyssey brings loads of aliens, variants, and a brand-new campaign mode to the table. It has more of everything Cosmic Encounter has to offer, and lots of things that have never been seen in the game before. It’s a never-ending odyssey, and one that no Cosmic fan will want to miss!

The main new feature of Cosmic Odyssey is, of course, the aforementioned campaign mode. This mode sees you and your fellow Cosmic Encounter-ers leading coalitions of aliens through a series of games across the cosmological “ages” while garnering prizes along the way. These prizes can be used in subsequent ages or saved for the final age. However, regardless of your win/loss record during the journey, every player that’s declared a winner in the Final Age Game is crowned a Campaign Winner.

In all the years and editions of the game, this campaign mode is unlike anything that has been seen before. With it, you and your friends can build an epic tale of conquest, strategy, and discovery that is entirely unique. It’s the wildest way to play Cosmic Encounter to date!

Will you revolutionize the cosmic setting with additional Technologies? Can you brave the dangers of the Hazard Deck? Perhaps you’ll wish to chase down all-new Objectives alongside your usual win condition. Or, maybe you just want to occupy a bunch of Moons. There are thirteen variants in all, and each of them can be used whether this is your first Cosmic expansion or your seventh!

We plan to go into more detail about the campaign mode and how it works with all these variants at a later date, so stay tuned!

Of course, this wouldn’t be a Cosmic Encounter expansion if it didn’t come with a bucketload of new aliens!

Some of the zany new aliens include the overly-honest Aura , the bombastically bursting Bubbles , the energy-manipulating Magnets , and the wickedly-wrathful Witches . If you’re feeling cooperative, you could always protect players’ assets as the Lloyd , or, if you’re feeling nostalgic, you could always just play as the Throwback . 30 new aliens can be found here, but there’s also a little something extra this time. Longtime fans of Cosmic Encounter may recognize some familiar faces that snuck in alongside the new aliens, though they may look a little…different.

That’s right, in addition to the 30 brand-new aliens found in Cosmic Odyssey, there are also 12 “alternate timeline” aliens! Each of these aliens is a new spin on an alien from a previous Cosmic Encounter product; some are a little more powerful, some are a little less powerful, and some are just different from before. Whether you put yourself in peril as the Daredevils , kick people off your lawn as the Grumpus , or absorb your enemies as the Void , you’ll love revisiting these old favorites under a new light!

With the new campaign mode, plenty of aliens, and an overall ridiculous amount of content, Cosmic Odyssey is a must-have for fans of Cosmic Encounter old and new. Launch your cosmic campaigns into the stars when Cosmic Odyssey arrives this summer!

C$58.95
In stock
Article code 024144300345
Building a galactic empire is a lot harder when game components are in disarray! Conquer your game box with our Cosmic Organizer compatible with Cosmic Encounter® by Fantasy Flight Games.

C$49.95
Out of stock
Article code 841333111076
Cosmic Encounter Duel is a competitive standalone game for two players where you and your closest frenemy race to be the first to control five planets.

out of stock
Quickview
Fantasy Flight Games
Cosmic Encounter Duel
Cosmic Encounter Duel is a competitive standalone game for two players where you and your closest frenemy race to be the first to control five planets.
C$49.95
By using our website, you agree to the use of cookies. These cookies help us understand how customers arrive at and use our site and help us make improvements. Hide this message More on cookies »