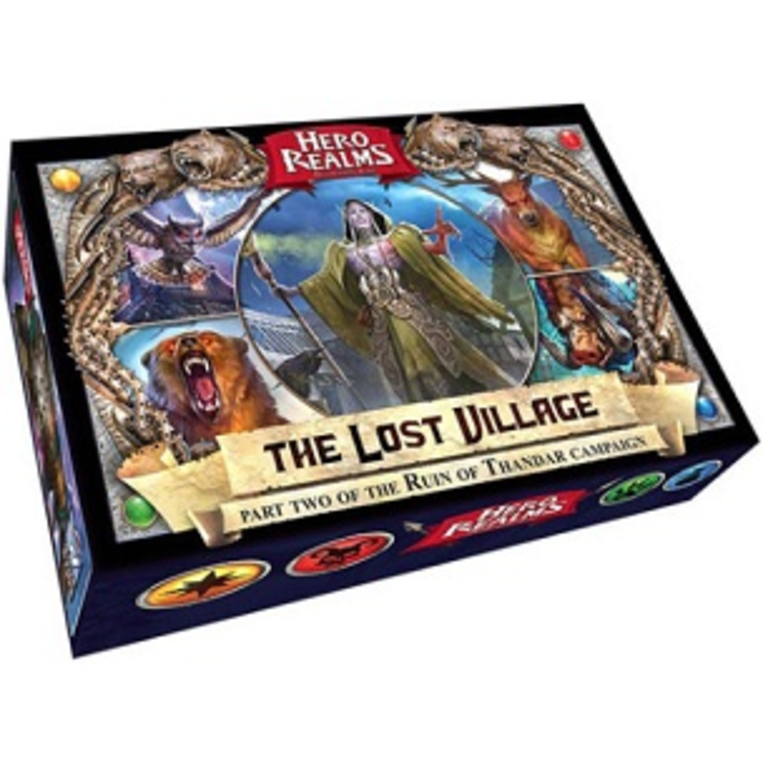 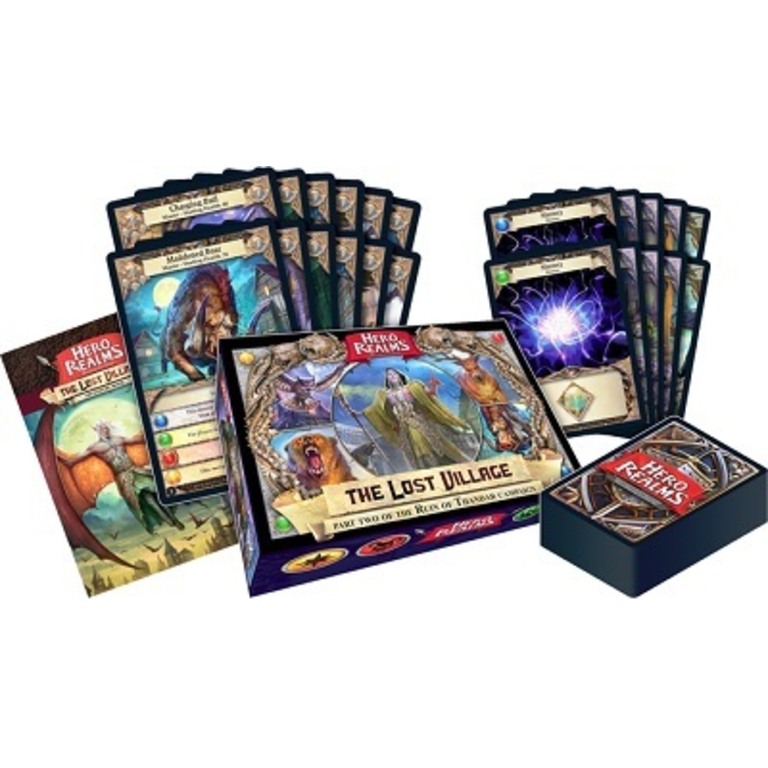 C$25.95
White Wizard Games
Out of stock
Article code 852613005893
The Lost Village boxed set, which picks up the storyline from The Ruin of Thandar campaign set, allowing players to work together to play the game as an on-going campaign.
Share this product:

You now stand in Rathiel’s office, where the Lord-Governor of Thandar has given you and each of your companions a title – Defender of Thandar – and a new mission.

“Go to Heart’s End. Go and find out what happened there. Perhaps this Ruinos Sect is again up to some malevolence.”

"What has befallen he people of Heart’s End?", you ask.

“That’s the problem,” the Lord-Governor says. “The entire village is missing. Two weeks ago a trio of tithe priests vanished on their rounds. They were last seen on the road to Heart’s End. At the request of the High Priest, I sent a small troop of soldiers to investigate. Only their captain returned.”

The Lord-Governor gestures to a guardsman who opens a side door. A man who must be the captain is helped into the room and gently lowered into a chair. He looks freshly bathed and his clothes are clean, but his eyes are unfocused and you sense his mind is far from this room.

The Lord-Governor kneels next to the captain’s chair. He clasps the man’s hand and speaks softly. “These are friends, Goran. Tell them what you told me. Tell them about Heart’s End.”

Goran’s head lolls for a moment, and you fear the captain is about to lose consciousness. Then he opens his mouth. His voice is trembling and you struggle to make out the words. “Gone… all gone.”

"Do you mean the  villagers are dead?" you ask in soft, calm voice, trying not to upset him further.

“Not dead… no… bodies...” Goran frowns as if remembering something and then his face pales. He stands suddenly, knocking the Lord-Governor back, and his terrified eyes dart around the room. “Red eyes!” he shouts, “Red eyes! Red eyes!”

“Hold him,” Rathiel commands, and two guardsman restrain the struggling captain. After a short struggle Goran’s eyes roll back, and you realize the poor man has lost consciousness. After the guardsmen carry the captain from the room, the Lord-Governor addresses you. “You now have the same knowledge I do. Please. Go to Heart’s End and bring me answers.”

The Lost Village boxed set, which picks up the storyline from The Ruin of Thandar campaign set, allowing players to work together to play the game as an on-going campaign.  This set includes more than 100 new cards, 12 oversized master cards, and a full-color adventure book.

Back to home
White Wizard Games

out of stock
Quickview
White Wizard Games
Hero Realms: Adventure Storage Box
Stuff your heroes in a box together!
C$35.95
By using our website, you agree to the use of cookies. These cookies help us understand how customers arrive at and use our site and help us make improvements. Hide this message More on cookies »