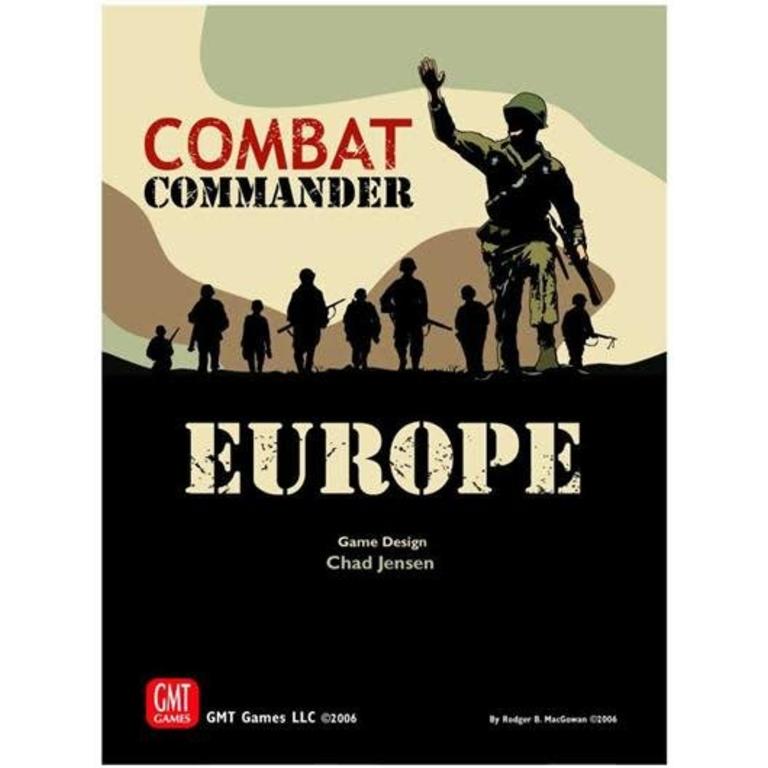 C$104.95
GMT Games
Out of stock
Article code 817054010561
Share this product:
Combat Commander: Europe is a card-driven board game covering tactical infantry combat in the European Theater of World War II. One player takes the role of Germany while another player commands either America or Russia. These two players will take turns playing one or more Fate cards from their hands in order to activate units on the mapboard for various military functions.

There is no strict sequence of play to follow in Combat Commander: each measure of game Time is divided into a variable number of player Turns, each of which may consist of one or more Orders conducted by the active player. Actions may generally be conducted by either player at any time. Events both good and bad will also occur at random intervals to add a bit of chaos and uncertainty to each players perfect plan.

Orders include: Fire, Move, Advance, Recover, Rout, and Artillery functions. Each nationality also has a varying number of Command Confusion Orders which act as duds while in hand.

An example of some of the 20 different Actions are:
¬∑ Smoke If a unit with boxed Movement is activated to Move, place Smoke in or adjacent to its hex.
¬∑ Hand Grenades Add +2 when firing at an adjacent hex.
¬∑ Dig In Place foxholes in a friendly hex.

An example of some of the 35 different Events are:
¬∑ Walking Wounded Select one eliminated unit. Return that unit to play in a random hex, broken.
¬∑ Hero If not already in play, place your Hero in a friendly hex. Rally one broken unit there.
¬∑ Battle Harden One unit becomes Veteran.

Players attempt to achieve victory by moving their combat units across the game map to attack their opponents combat units and occupy as many objectives as possible. The degree to which a player succeeds or fails is measured by a scenarios specific Objective chits, the destruction of enemy units, and the exiting of friendly units off the opponents board edge. Command & Control is extremely important in Combat Commander, being modeled via the Command number on Leader units. Command serves both to enhance the abilities of Squads and Teams stacked with the Leader, as well as allowing for multiple activations with a single Order.

Combat Commander includes twelve historical scenarios as well as a roll your own scenario system that provides an almost unending variety of map configurations, combat situations, and historically-based force structures. Each scenario is played on one of twelve maps, each with a 10x15 hexgrid depicting various terrain at a scale of approximately 100 feet per hex.

Replayability for Combat Commander is high. And with unlimited possibilities as far as additional scenarios, maps, units, weapons, variants, etc. that will be released in years to come as well as the expected sequels covering the British, French, Italians, and the Pacific Theater Combat Commander is one of those rare exceptional values in wargaming: one that can be revisited time and time again, each with a new tale to tell.