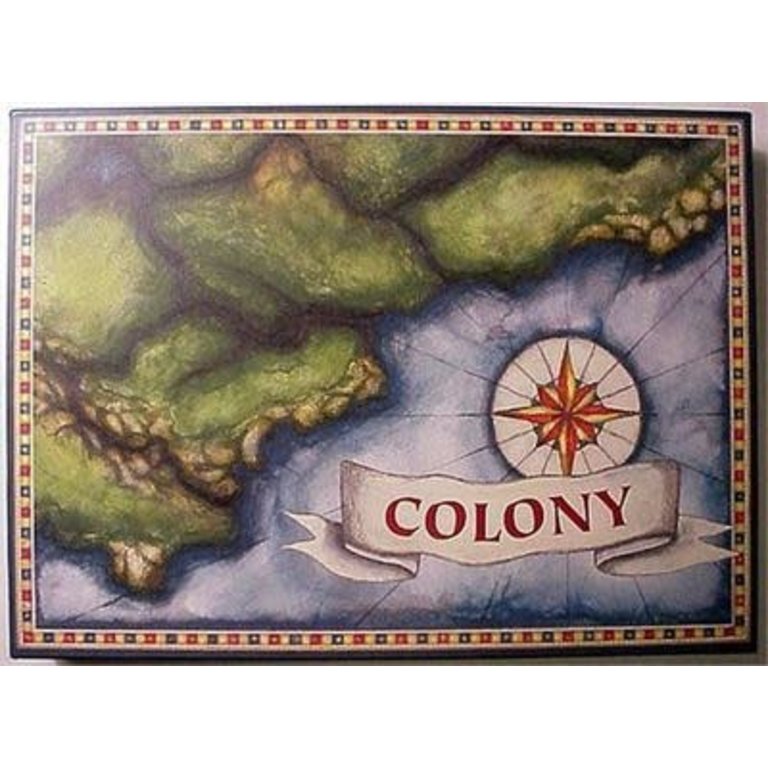 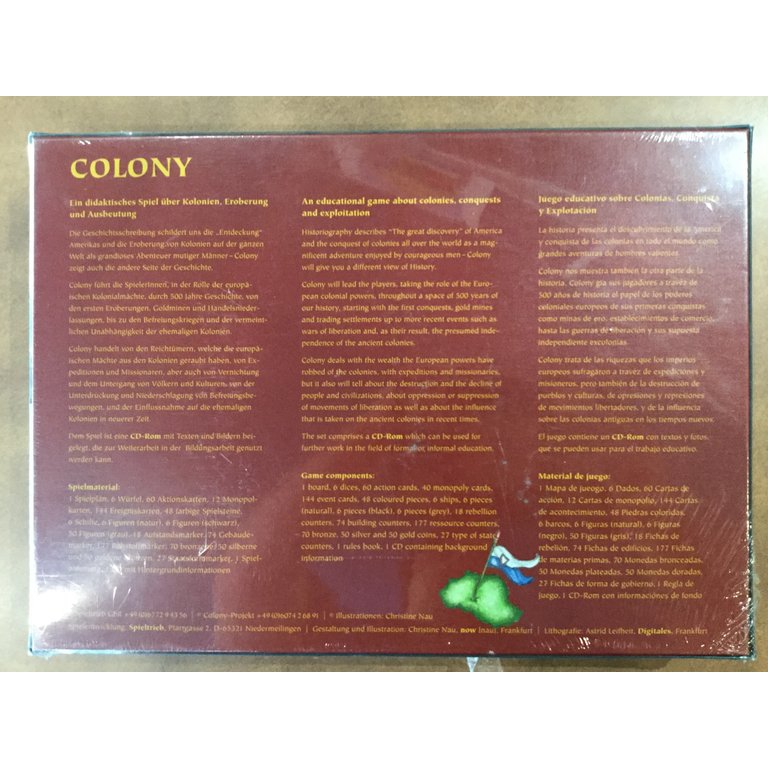 An educational game about colonies, conquests and exploitation.

Historiography describes "The great discovery" of America and the conquest of colonies all over the world as a magnificent adventure enjoyed by courageous men - Colony will give you a different view of history.

Colony will lead the players, taking the role of the European colonial powers, throughout a space of 500 years of our history, starting with the first conquests, gold mines and trading settlements up to more recent events such as wars of liberation and, as their result, the presumed independence of the ancient colonies.

Colony deals with the wealth the European powers have robbed of the colonies, with expeditions and missionaries, but it also will tell about the destruction and the decline of people and civilizations, about oppression or suppression of movements of liberation as well as about the influence that is taken on the ancient colonies in recent times.

The set comprises a CD-Rom which can be used for further work in the field of formal or informal education.