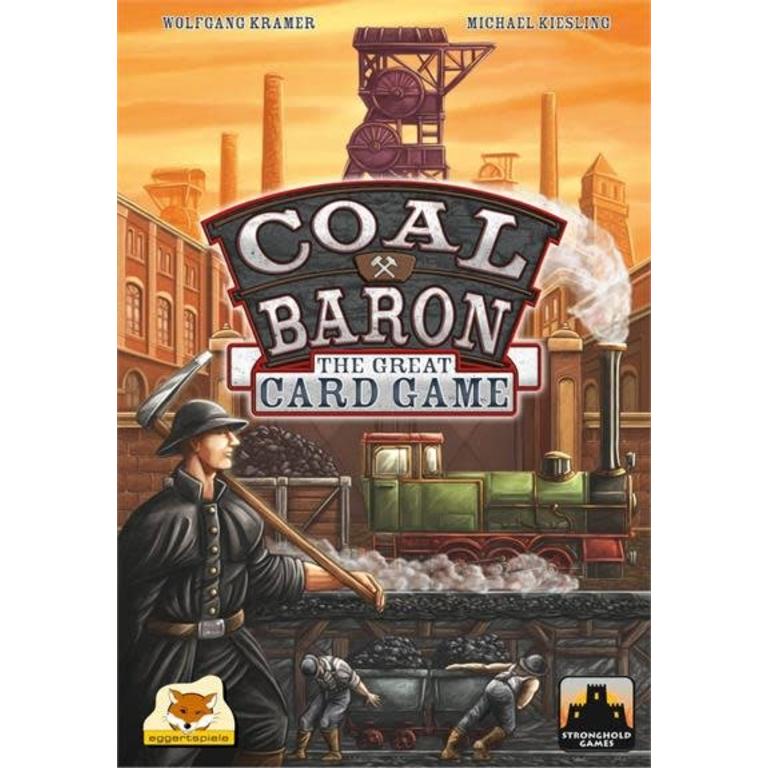 Coal Baron: The Great Card GameThe city of Essen, Germany at the turn of the 20th century was a center for coal mining in Europe. Immerse yourself in the dark world of coal mining as you extract coal from pits, load coal to wagon trains, and then rail your coal off to distant locations in search of fortunes.

Coal Baron: The Great Card Game is designed by the most successful design duo in boardgaming history, Wolfgang Kramer and Michael Kiesling. Kramer & Kiesling were also recognized for their achievements in board game design with the designation of their 2016 game, Porta Nigra, as the first game in the Stronghold Games "The Great Designers Series - #1".