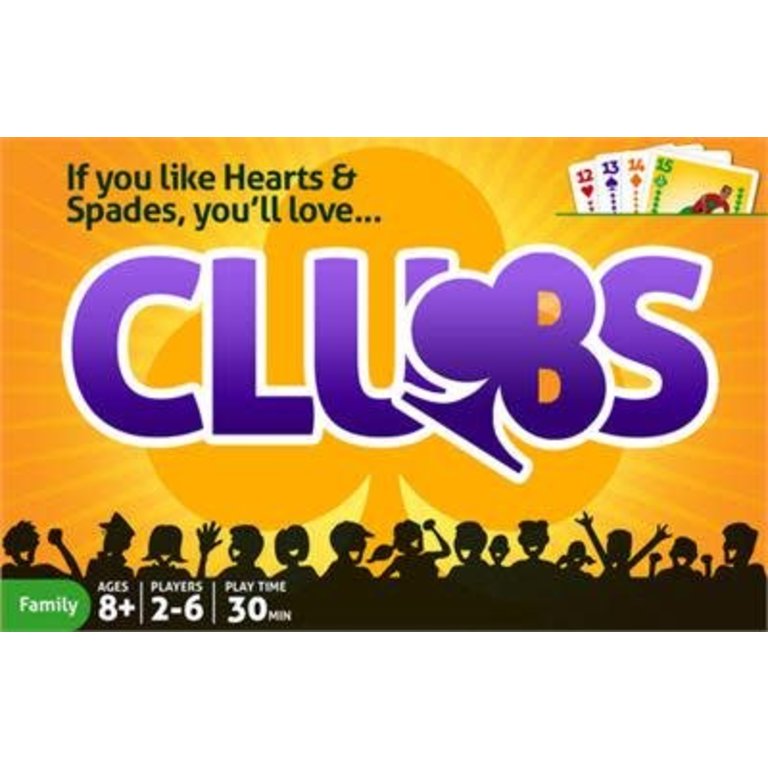 C$14.95
North Star Games
Out of stock
Article code 892884000708
Share this product:
North Star Games is planning to unveil its new Clubs Card Game (MSRP $13.99) at Toy Fair in New York next month. Clubs is a game that combines trick taking with considerable strategy and risk. The players goal in this easy-to-learn game is to get rid of his or her cards as quickly as possible while winning tricks with clubs in them (clubs are the only cards that score points). But the last player to get rid of their cards gets nothing, even if they have a huge pile of clubs won in tricks.

The Clubs game is designed for between 2-6 players, ages 8 and up. It takes about 30 minutes to play a game. It also comes with two sets of rules, the more strategic standard Club rules, and the wildly unpredictable Crazy Club rules, which include more of a "press your luck" component.
By using our website, you agree to the use of cookies. These cookies help us understand how customers arrive at and use our site and help us make improvements. Hide this message More on cookies »