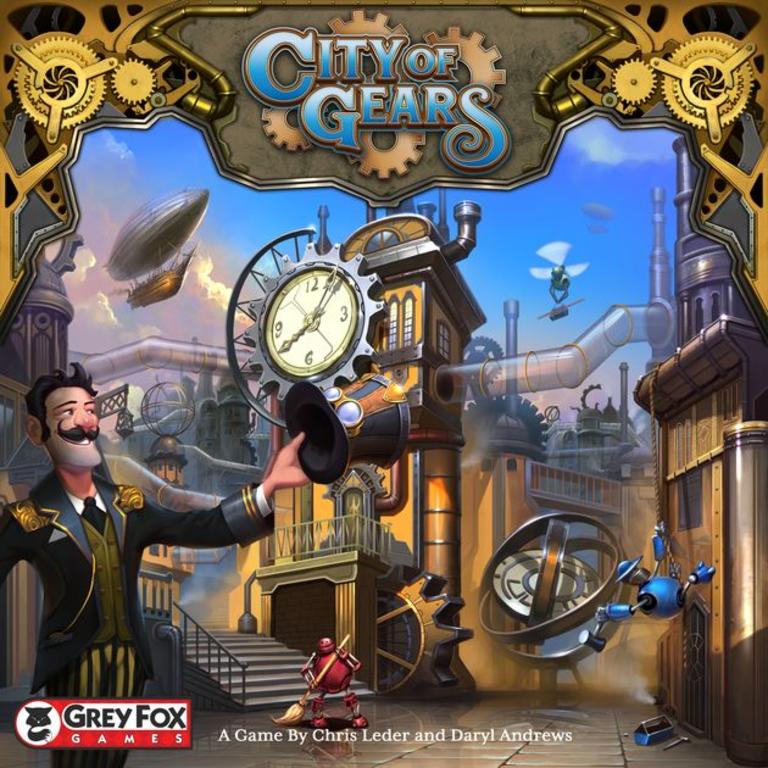 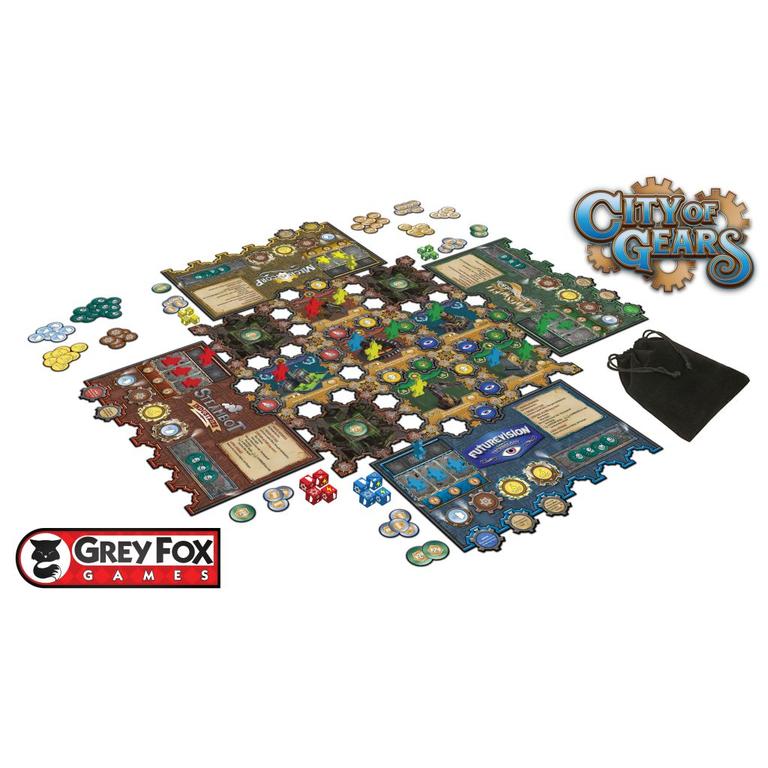 City of Gears is a unique steampunk game of exploration, area control, worker placement, and strategy designed by Chris Leder and Daryl Andrews. From your mighty Factory, you must race to claim ownership over the magnificent ruins of an abandoned clockwork metropolis. Each game plays in under an hour, and because only nine of the city tiles (from more than 20 available) are randomly chosen and placed each game, no two games ever play the same.

Each turn, you roll a number of production dice, then you move your automaton workers and perform a variety of actions (such as drawing and placing gears to reactivate areas of the city, sabotaging opponents, and activating unique steam powers) as determined by the production dice. Along the way, you will develop your factory with special powers which set it apart and provide you with powerful bonuses.

As the city is revealed and its abilities are discovered, players must concoct plans to accrue prestige and hinder opponents so that once Opening Day arrives, they will emerge victorious! Do you have what it takes to set the City of Gears in motion?

This Founders Edition upgrades many of the components over and above the retail edition, including replacing Movement, Steam, Charge, and Gear cardboard tokens with wooden ones, upgrading the Automaton Meeples from wood meeples to plastic minis, and including an exclusive Opening Day Board not found in the retail edition of the game.

out of stock
Quickview
Bombyx
Imaginarium
This is where the essence of dreams is shaped! A brand new game from Bruno Cathala and Florian Sirieix!
C$47.47
By using our website, you agree to the use of cookies. These cookies help us understand how customers arrive at and use our site and help us make improvements. Hide this message More on cookies »