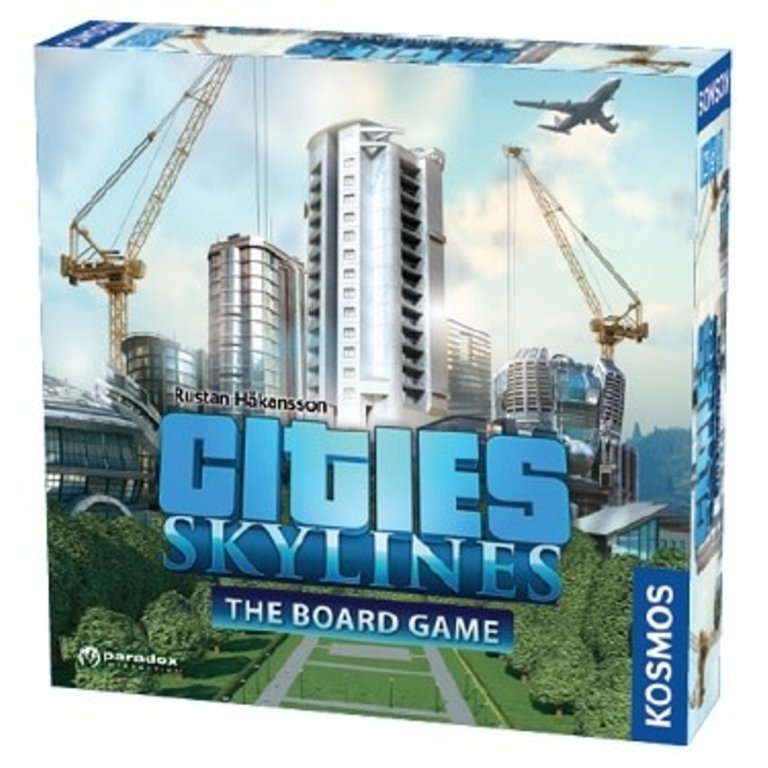 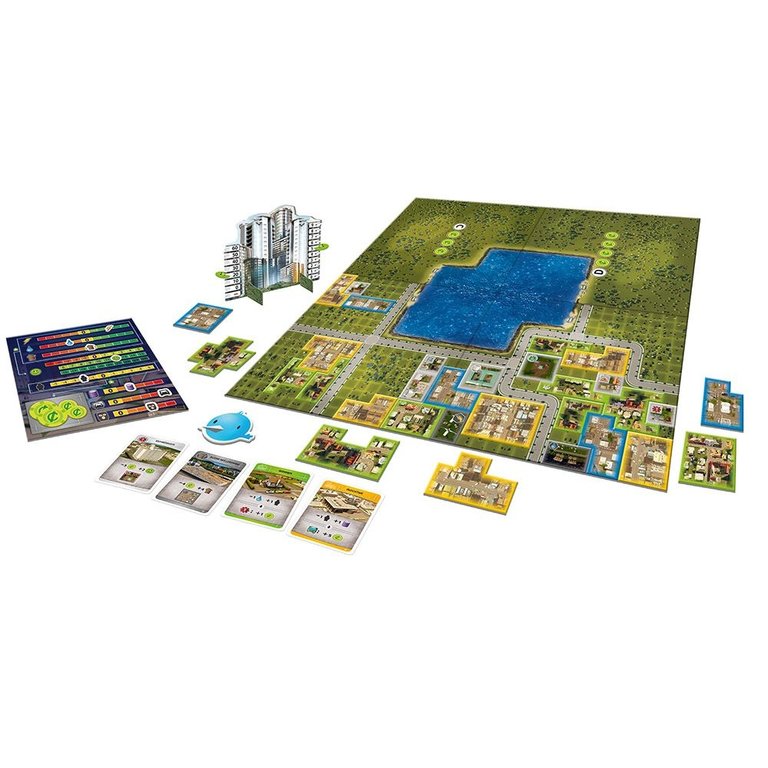 Cities Skylines - The Board Game

C$53.95
Thames and Kosmos
In stock
Article code 814743014565
Cities: Skylines – The Board Game is a co-operative game based on the popular computer game of the same name by Paradox Interactive.
Share this product:

Gameplay starts with four land boards being visible, though this varies depending on the scenario. The goal is to finish a number of milestones while keeping the inhabitants of your city happy. At the start of each milestone, one connected land board is chosen, bought, and flipped over from its nature side to its developed side. Players have personal cards that show what they can build, and should discuss and plan with the other players how to best develop the city. The cards show what effects the building will have on the city. Some will increase the need for garbage collection, decrease crime, bring more traffic or give a bonus if placed next to a park, for example.

Cardboard tiles represent residential, commercial, industrial, and other buildings. These have varied shapes that are placed on the developed boards on the grid, and players will need to plan ahead to make the best use of the space available to them.

When the players have developed the city to the next milestone, they choose which new board to buy to expand the city, score their current happiness, and start a new milestone. When the last milestone is finished, the game ends, after which the total happiness score is calculated. There is only one city treasury, and all players add to it when they make money for the city and take money from it for building a hospital or buying a new board. Making sure you have enough money is an important aspect of the game as if you run out of money, you will go bankrupt and lose the game!

A series of scenarios teaches the game in steps, with each new step introducing new parts of the game to the players. This gives the game a lot of variation, for example, switching out which unique buildings are used during a playing session.

Bring your team of urban planners together in this cooperative city-builder, and with increasing complexity as your city expands, the game is suitable for the newcomer and connoisseur alike!

Back to home
Avalon Hill

Quickview
Avalon Hill
Acquire
Build a Corporate Empire! Do you have what it takes to amass a fortune?
C$45.95
Fantasy Flight Games

Quickview
Mercury Games
Big City: 20th Anniversary Jumbo Edition
The original city-builder classic
C$136.97
By using our website, you agree to the use of cookies. These cookies help us understand how customers arrive at and use our site and help us make improvements. Hide this message More on cookies »