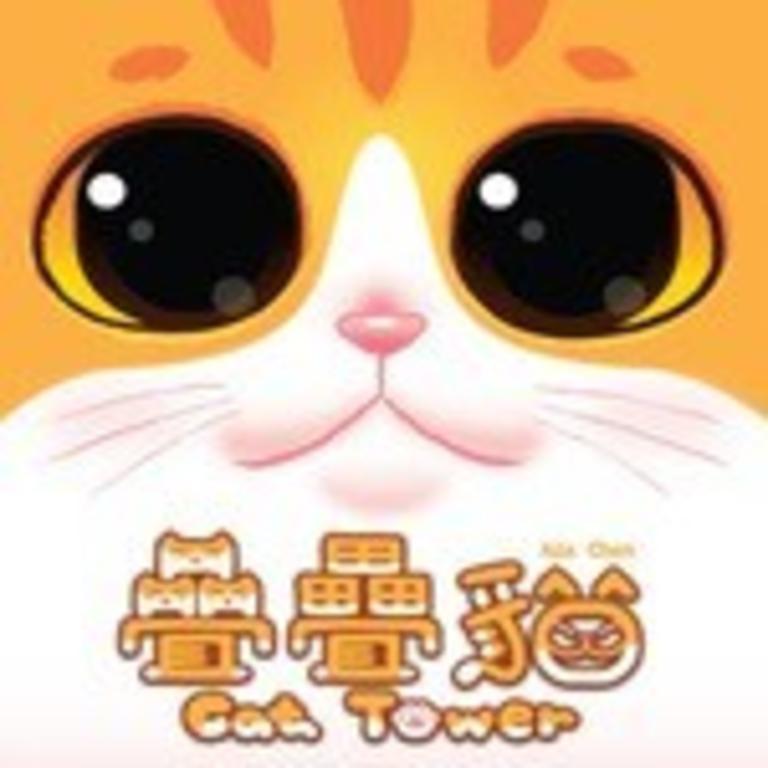 WHAT IS CAT TOWER? Cat Tower is a dexterity-based tower-building game starring CATS! You and up to five players have the grueling task of stacking unwieldy, lethally cute cats in various, precarious positions based on the roll of a giant cat die.

Your goal is to play your kitty-hoard completely onto the tower where they will live out a long and prosperous cat life in the sky.

But watch out! One wrong move and theyll tumble down, landing back in your filthy, filthy cat pile, where no cat wishes to ever be. And dont forget about the Fatty Catty cards! These felines are long, lean, and call for the flip of a cat token, requiring extra, unforeseen plays.

And for the adrenaline junkies out there, Cat Tower has an alternate set of rules, with every player stacking their own tower as fast as possible, immediately replacing each fallen catfriend, until one tower is fully loaded. Set the die on top, and if the tower fails to crumble for five secondsa new Cat Queen or King is crowned. WARNING: this mode equals feline pandemonium!!

Sound too easy? Not so fast! Taiwanese designer Aza Chen purposefully crafted these adorbs little guys to be wily as all get out. Like we said dexterity-based! The point is, Cat Tower brings smiles, jeers and bitter, bitter tears! And its got cats. Did we mention the cats?