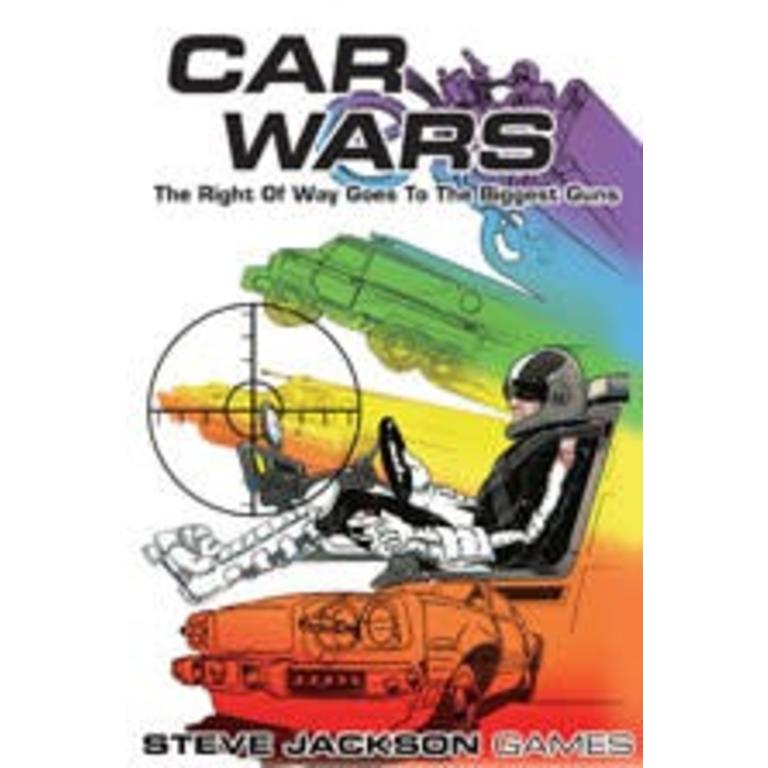 He triggered the rear guns once more. A direct hit! The blue car skidded as the driver lost control then flipped and caught fire.

That would teach him not to tailgate . . .

Car Wars is the game of the freeways of the future, where the right of way goes to the biggest guns. Players build vehicles complete with weapons, armor, power plants, and more. Then they take them out on the desolate roads, or maybe the brightly lit arenas, to come home as "aces," or to crash and burn. The winners earn fame and cash to upgrade their rides. The losers are left in the dust.