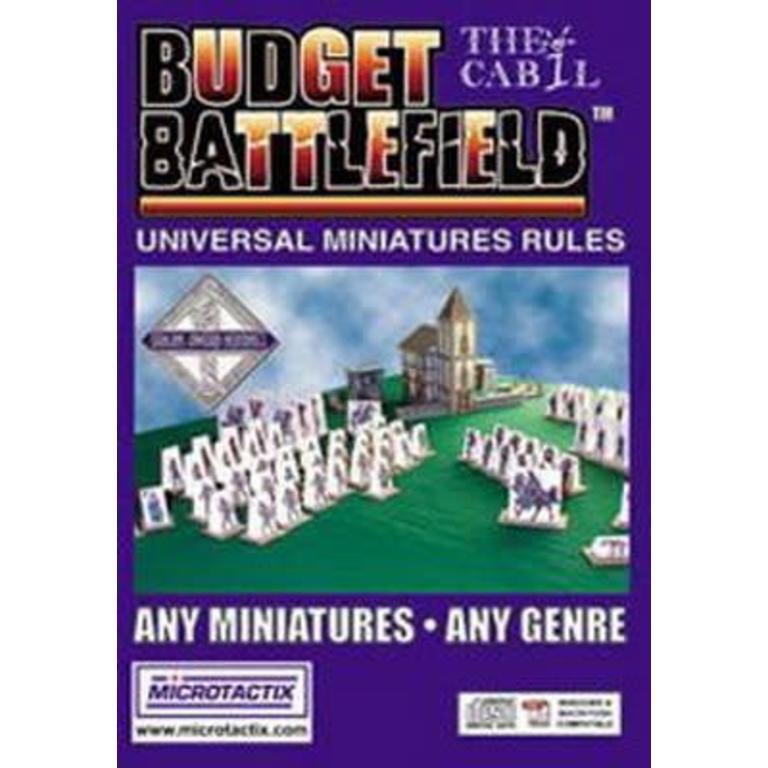 Budget Battlefield is a tabletop/miniatures rule system for mass battles and skirmish-level combats in any genre or time period. The Origins Award nominated game system uses a modified version of the Plainlabel Game System, requiring a single 1d10 roll to resolve attacks and determine losses. Trading-card-sized Unit Cards carry all data for standard troops, hero/leader figures, and vehicles, all of which can change scale. Roleplaying characters can join in big battles with a minimum of fuss.
This CD-ROM contains rules for magical combat, plus two complete cardstock armies and terrain ready to print in full color.