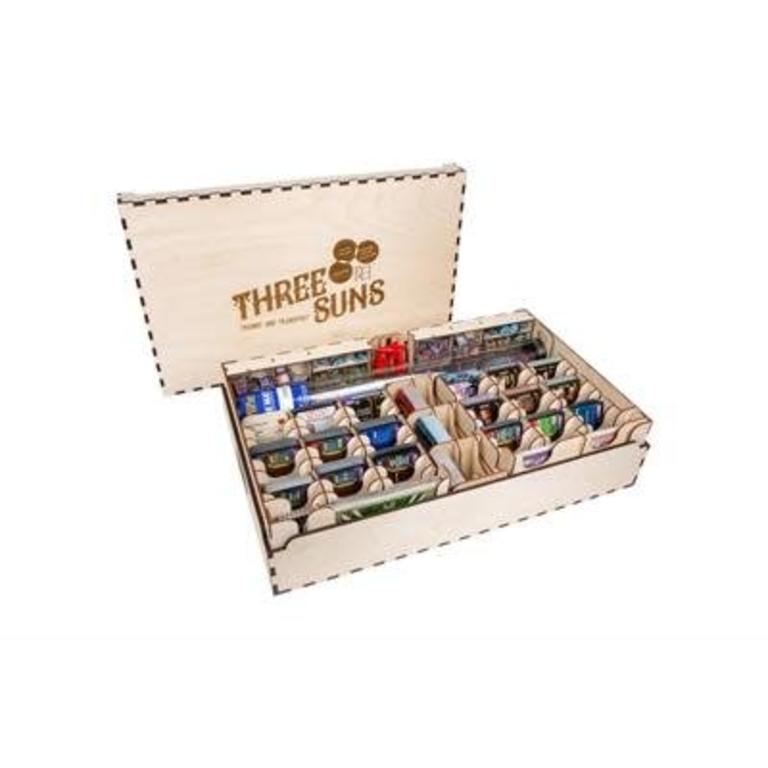 "Big Damn Crate" Organizer for Firefly - The Board Game

C$230.95 C$173.21
Broken Token
In stock
Article code DNR-024144300420
Share this product:
Is it getting a little crowded in your sky? We swear by our pretty floral bonnets this will end your organizing woes. The Broken Token presents the Big Damn Crate, an all-in-one organizing solution compatible with Firefly: The Game and all of its expansions, published by Gale Force Nine.

Aim to misbehave sooner with more than a dozen shiny removable trays for all your cards, tokens, and ships. Each removable card tray is stackable, with a draw and discard slot, allowing you to play the game right out of the organizer. Two identical token trays means each player can access their wares for their perfectly legitimate business enterprises with ease, without slowing down the game. Do your jobs and get paid easily with the removable bank tray. Also includes felt pads to protect your table surface.

This organizer supports sleeved cards and holds all current expansions, with at least a little room to spare! When you cant run, you crawl. And when you cant do that, let The Broken Token carry you.