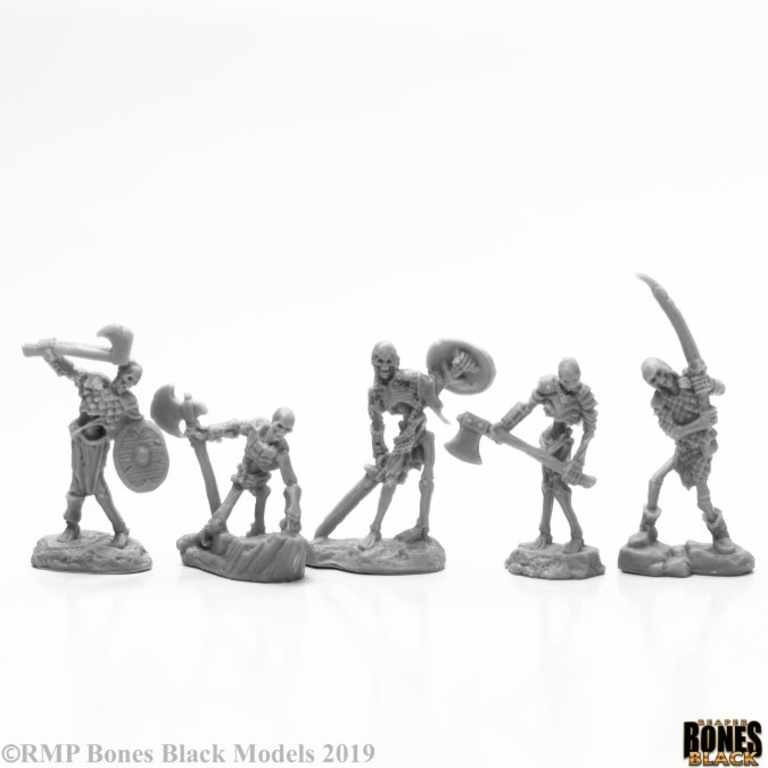 Bog Skeletons are the remains of poor souls who drowned in swamps, wetlands, or marshes. These shambling undead arise from the muck brandishing rusted weapons and wearing mouldering armor, their eyes glowing green from the supernatural forces that cause them to hate the living.

The swamps around the marsh town of Dreadmere are haunted by Bog Skeletons, no doubt influenced by the dire Wraith King Murkillor. The Fog Marsh of northern Adon are also rife with Bog Skeletons, many of whom were former Vestonian deserters who sought refuge in the haunted region.

Back to home
Reaper Miniatures

Quickview
Reaper Miniatures
Dark Heaven Bones: Familiars 2
C$4.95
By using our website, you agree to the use of cookies. These cookies help us understand how customers arrive at and use our site and help us make improvements. Hide this message More on cookies »