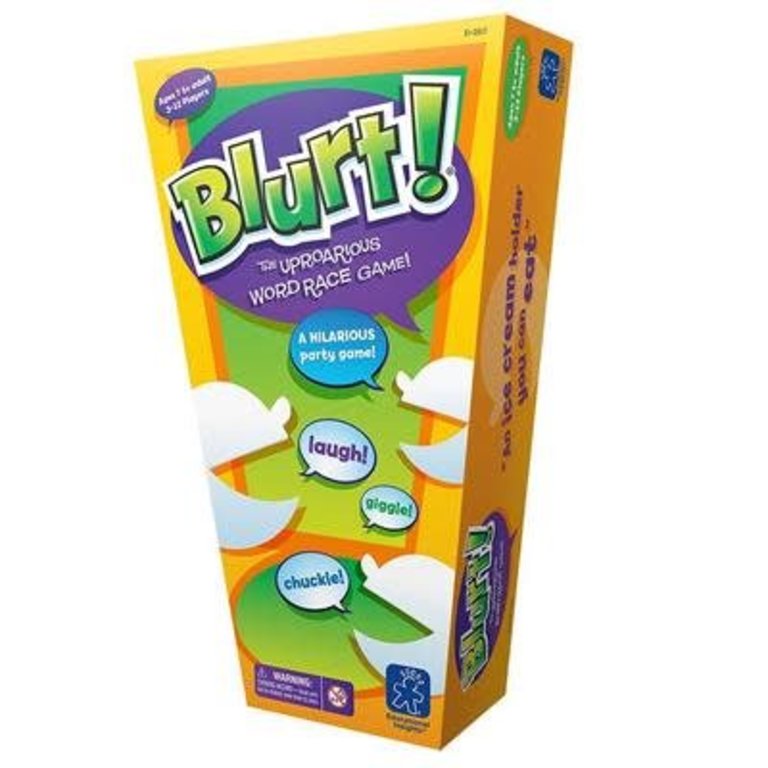 C$32.95
Educational Insights
Out of stock
Article code 086002029171
Share this product:
Players attempt to be the first to move their pawn all the way around the board. Each turn a reader will read the actual definition to a word as found in a children's dictionary (so they're simple). The first player/team to correctly blurt out the word that fits the definition gets to move their pawn forward the number of spaces rolled on the die. There is no penalty for guessing incorrectly, so things tend to get a bit raucous!

The player to the reader's left becomes the new reader and a new round begins. If a pawn land on certain spaces or the same space as an opponent, a "one-on-one" contest is held just between those two players with the victor getting to stay on the spot and the loser having to move back to where the trailing player started.

In Blurt! The Uproarious Word Race Game, you can always catch up and no one is ever out of the game until the final BLURT!
By using our website, you agree to the use of cookies. These cookies help us understand how customers arrive at and use our site and help us make improvements. Hide this message More on cookies »