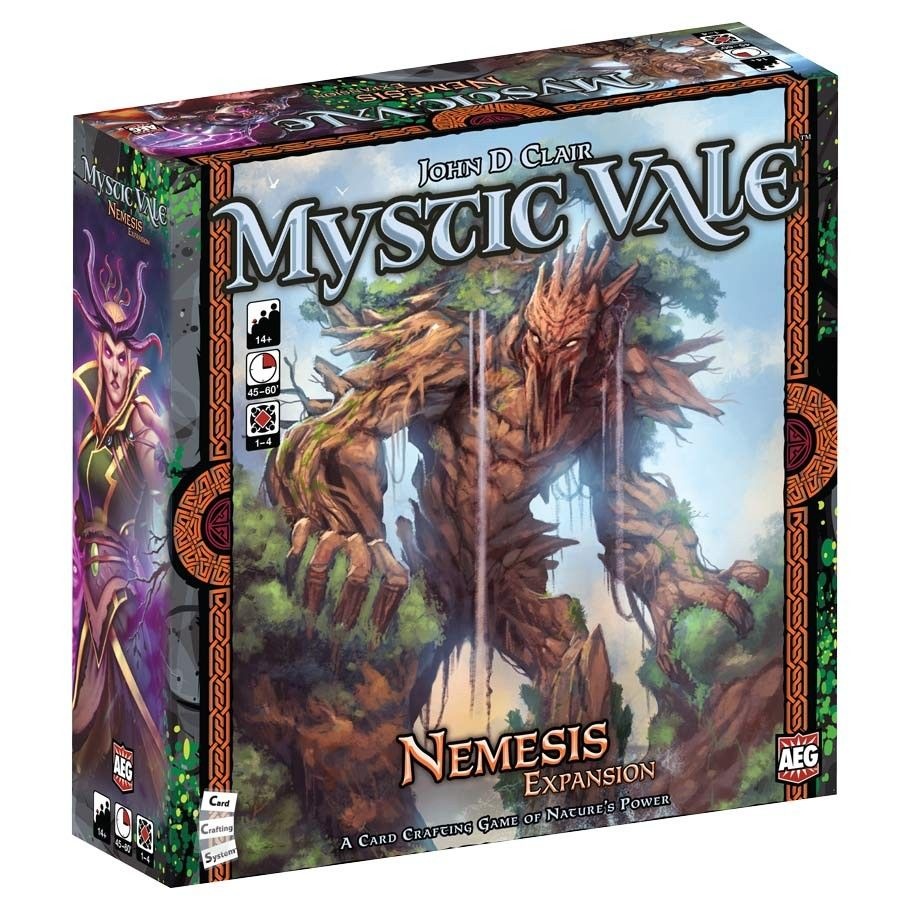 Ettin: Two Against the World 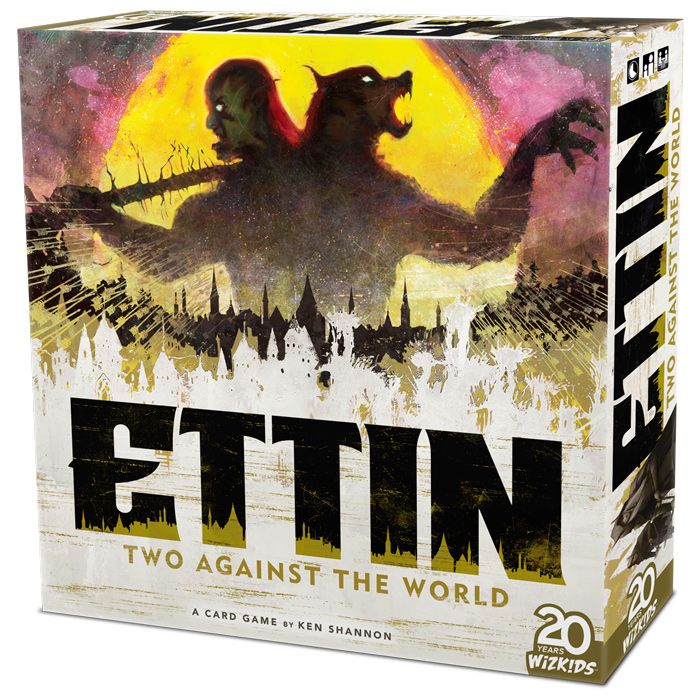 Ever heard the phrase “two heads are better than one”? Well now is your chance to prove it!

True to its namesake, Ettin: Two Against the World, has players form into teams of two, battling the other duos at the table for dominance. Players draft cards to form their armies, playing them out over three rounds. This means Ettin boasts a surprisingly low time estimate for a game with such a large player count. 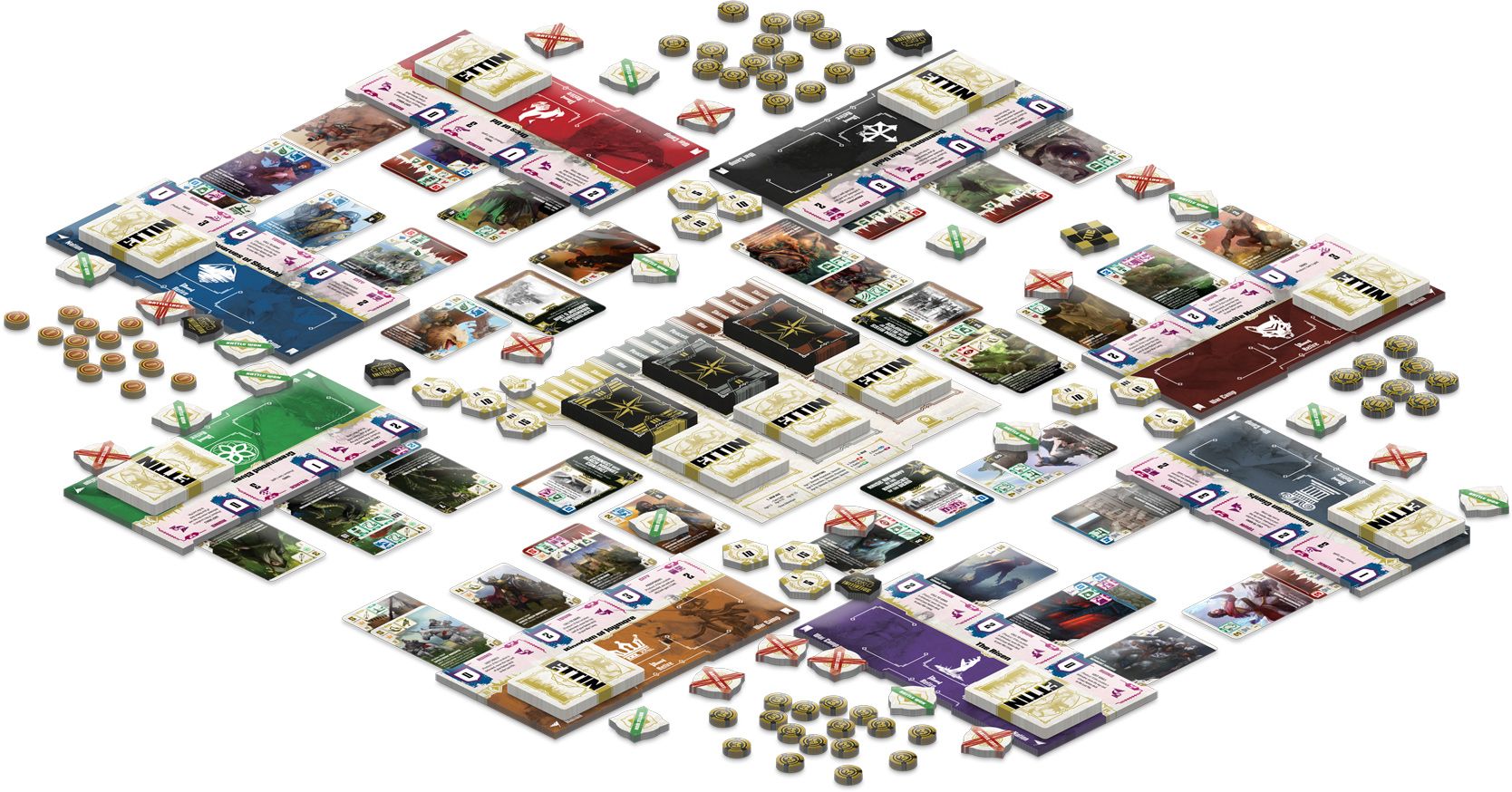 Each player chooses one of 8 different nations, each with their own strengths and weaknesses. This means that each team will consist of two different nations, allowing for a plethora of interesting combinations. Some nations may be better at straight up battle, while others may excel in a supporting role. Experiment, and find which combination best suits your play style!

Moreover, a second copy of Ettin will launch the player count to an epic count of 16. This means, assuming you have 15 friends willing to take the dive with you, Ettin promises a rare experience in tabletop gaming. 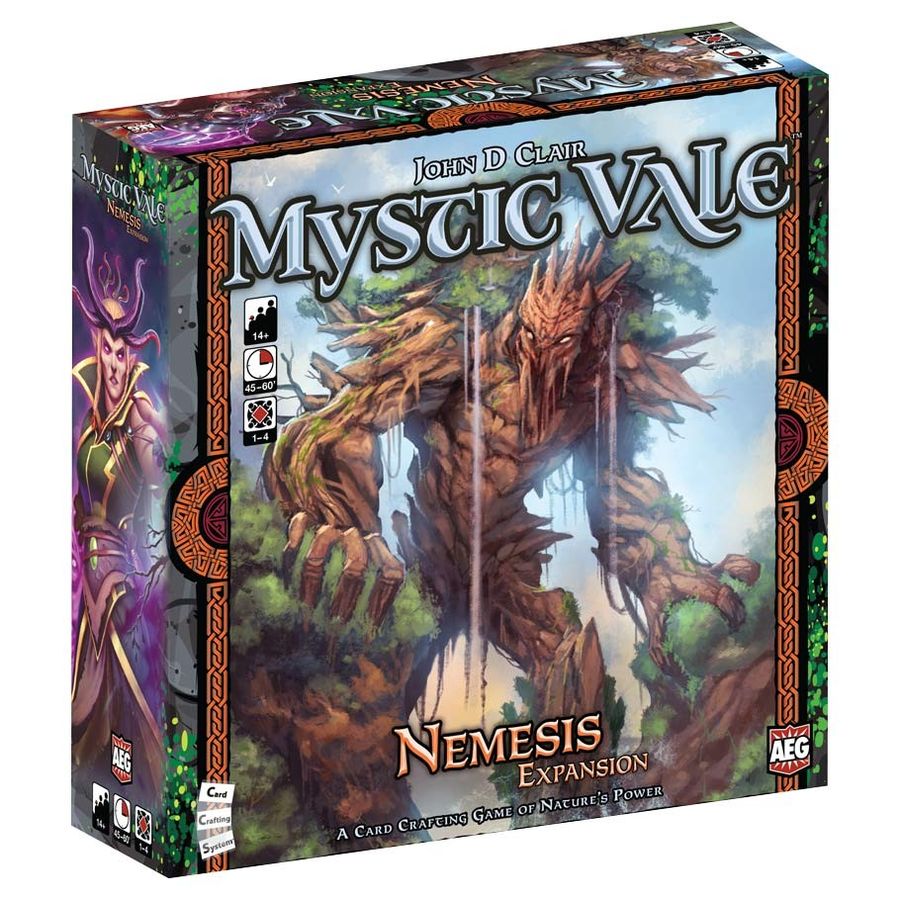 First released in 2016, Mystic Vale brought a unique twist to the card drafting game formula with its transparent cards and sleeves that let you construct your own cards as you drafted. This “card crafting system” meant that no two games were the same, with players encouraged to construct cards to suit their strategies on the fly.

Mystic Vale’s latest expansion, Nemesis, aims to add even more variety to the game. Additional advancement and vale cards allow for even more ways to strategize, and the addition of “curse tokens” give players the opportunity to take shortcuts to victory… but at a cost.

Of course, we’ve come to expect this kind of added variety from a Mystic Vale expansion - the Mana Storm, Vale of Magic, Vale of the Wild and its other expansions likewise added unique twists on the core “card crafting” formula. But Nemesis’s big addition to the Mystic Vale experience is its promised solitaire mode. More details are forthcoming, but this variant of play promises a completely new way to play this venerable card drafting game!

Fallout: Shelter The Board Game 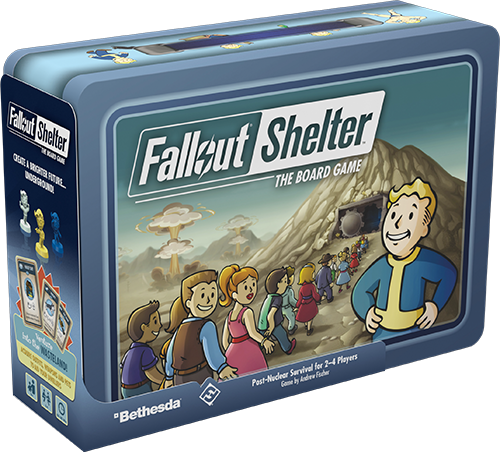 Based off the spin-off mobile game, Fallout: Shelter aims to adapt the free-to-play management game to the tabletop medium.

Incorporating mechanics from the worker placement genre, Fallout: Shelter tasks players with the job of managing the lives of their vault dwellers in an underground shelter in the wake of a nuclear holocaust. Using limited resources, players will construct new rooms in the “vault” currying favour with the various vault dwellers in a bid to gain their support and become the next overseer. Keep the little bobbleheads happy and you’ll soon find yourself in charge!

Each room has its own set of costs and benefits, and each can only hold a maximum of two vault dwellers at a time. Space and resources come at a premium in the post apocalypse. This makes it even more satisfying when one of the other players places their vault dweller in a space you own, paying you one of their resources for the privilege. Since resources are also required for completing other tasks, every decision counts.

Of course, no one said that the post-apocalypse was a walk in the park! Players will also have to contend with monsters creeping into the vault, taking up rooms and preventing the placement of vault dwellers and decreasing their happiness. Defeating them will require guile and some serious firepower! Send your vault dwellers out into the wasteland to collect useful items and weapons. 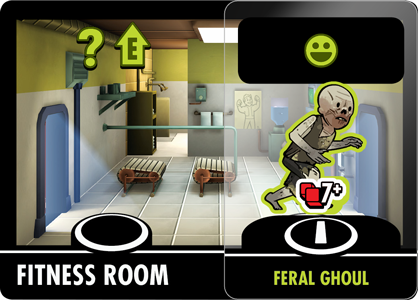