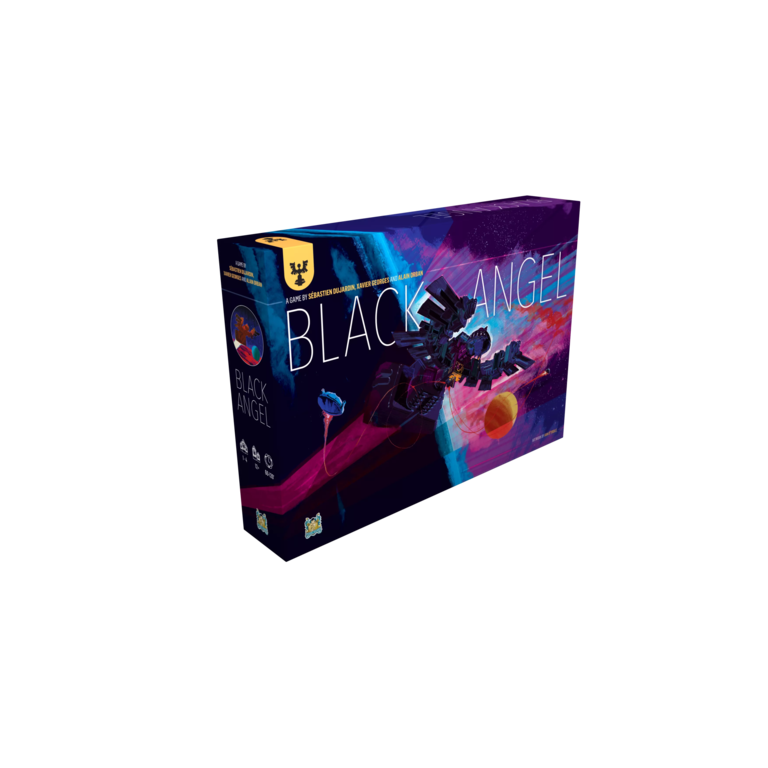 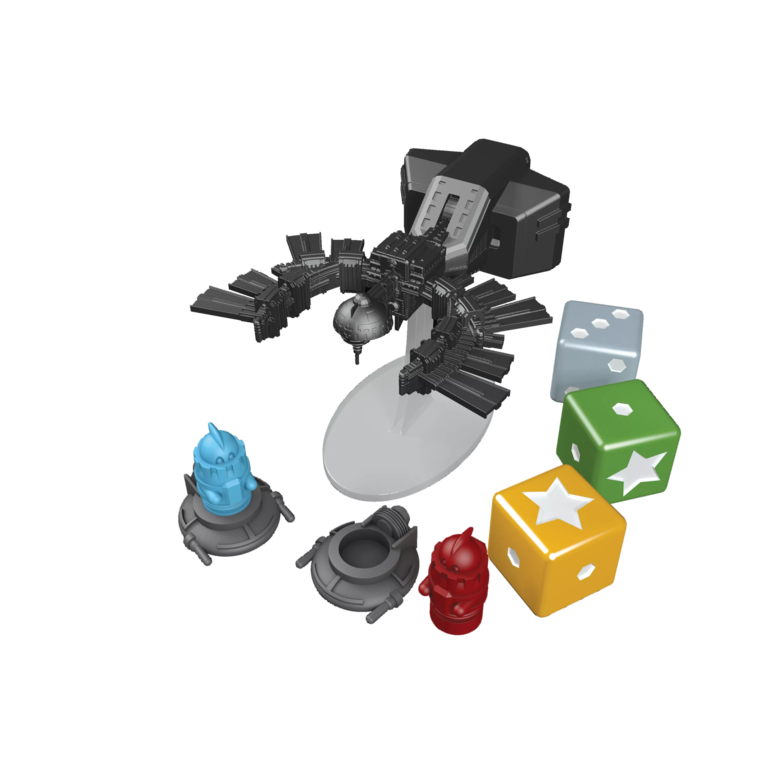 C$82.17
Pearl Games
In stock
Article code 3558380065340
Its mission: Transport the genetic heritage of Humanity to a new home planet.
Share this product:

Humanity, through its irresponsible behavior, has rendered Earth uninhabitable. Faced by the urgency of the situation, the great nations are forced to share their knowledge in order to create the most vast spacecraft ever constructed: the Black Angel. Its mission: Transport the genetic heritage of Humanity to a new home planet.

Your objective: the planet Spes, reported to be as habitable as Earth. During this voyage that will last several millennia, the crew of the Black Angel, composed solely of robots, will be co-managed by several artificial intelligences (AIs).

You play as one of these AIs. You must make the most of the robots and resources under your control, explore Space, escape the formidable Ravagers, and learn to use new technologies discovered through contact with benevolent Alien species. Once you have obtained your objective, the AI that has earned the best score will have the privilege of overseeing the reawakening of Humanity…
Contents:
1 Black Angel gameboard, the frigate
4 player boards in the player colors
7 double-sided Space strips
1 Planet Spes tile and 1 Planet Spes token
1 Frigate figurine, the Black Angel
20 ship figurines
64 robot figurines in the player colors (16 for each player)
18 dice (6 of each color)
12 Starting Technology tiles in the player colors (3 for each player)
48 Technology tiles (16 of each color)
16 Advanced Technology tiles
60 Mission cards (20 of each color)
30 Ravager cards
8 discs in the player colors (2 for each player)
40 resources
30 Damage/Debris cubes
1 First Player token
12 cards for Hal in the solitaire variant
4 player aids
The rulebook and its appendix

Co-Operative
By using our website, you agree to the use of cookies. These cookies help us understand how customers arrive at and use our site and help us make improvements. Hide this message More on cookies »