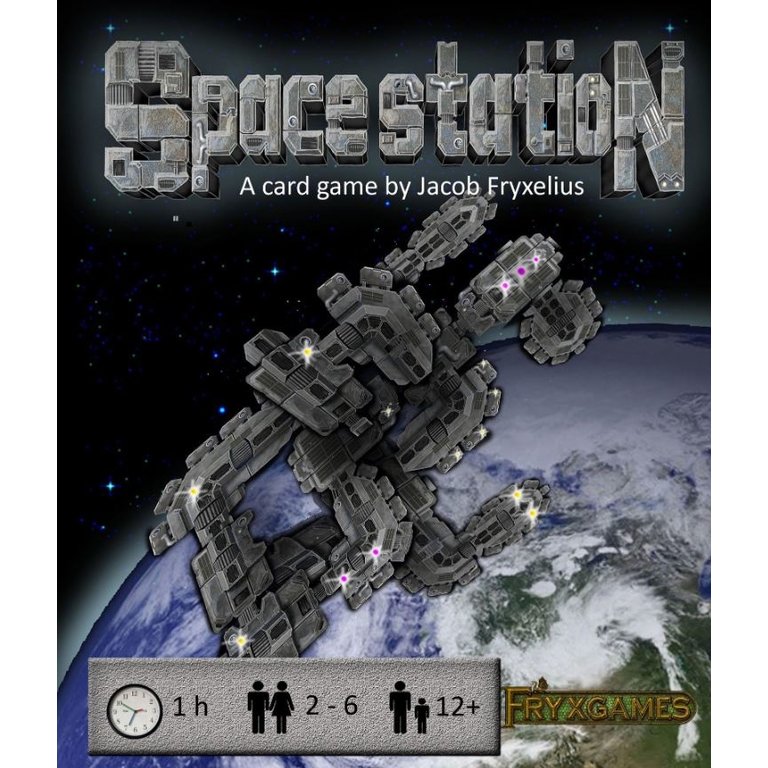 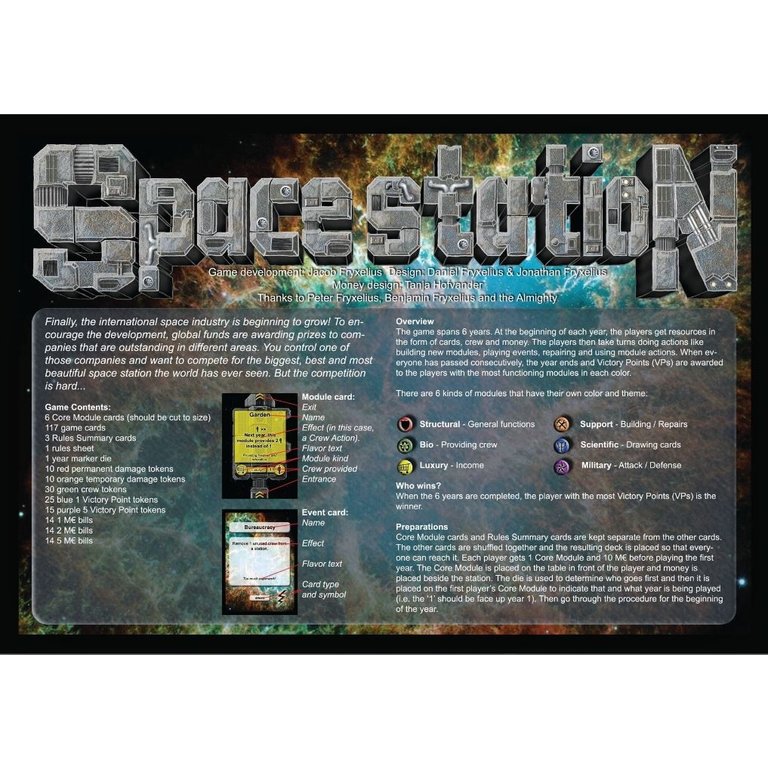 Finally, the international space industry is beginning to grow! To encourage the development, global funds are awarding prizes to companies that are outstanding in different areas. You control one of those companies and want to compete for the biggest, best and most beautiful space station the world has ever seen. But the competition is hard...

In Space Station you start your space station with a core module card on the table, then over six years (rounds) you expand it by paying and placing new module cards. Each year you start with a five card hand, crew tokens and new MegaCredits (money), with the amount of crew and money determined by the structure of your space station. You use money primarily to pay for new modules, and the crew gives you special effects on many of your modules.

During the year, the players take turns doing actions such as building, using module actions, playing event cards, repairing or passing. When everyone passes, the year ends and victory points are awarded: There are six kinds (colors) of modules and for each kind, the player(s) with the most modules of that kind is awarded a victory point. Players' crew tokens are then reset, and player may discard a card before refilling their hand and getting money for the next year.

At the end of the sixth year, the player with most victory point wins.