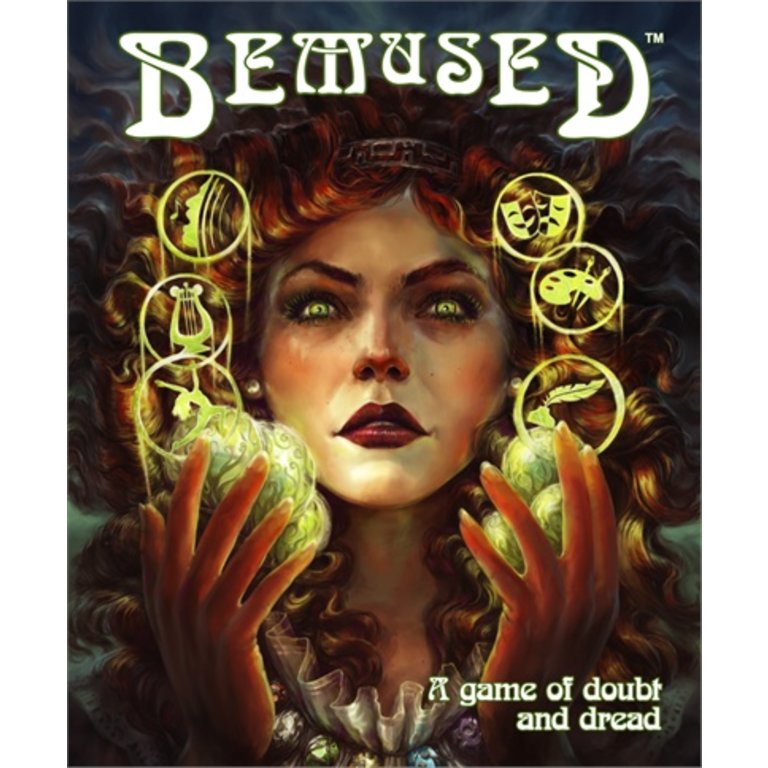 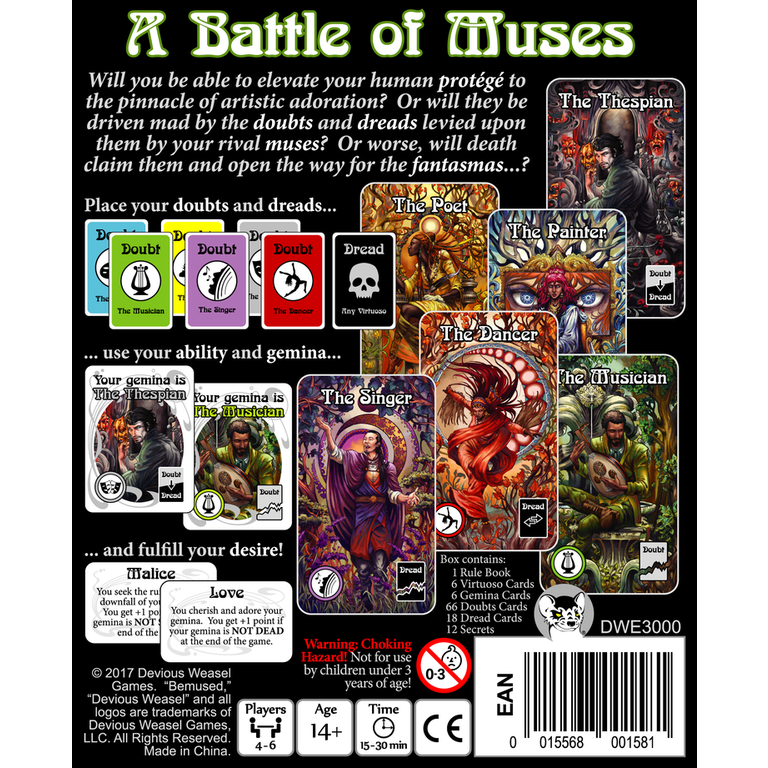 Bemused is a card game for 4-6 players in which the players take on the role of muses seeking to elevate their chosen human virtuosos to the greatest height of celebrity and influence. Unfortunately, all the virtuosos are equally talented in channeling their own muse's inspiration. Thus, rather than inspire their own protege, the muses have decided to to eliminate their protege's rivals by levying doubts and dreads upon them until they are driven insane... or worse.

Bemused is not a social deduction game, nor is it a hidden roles game. Players do not win by learning another player's secret or by solving a puzzle. While the game employs some deductive reasoning and secret agendas, it is first and foremost a social experience that encourages table talk, bluffing, and deal-making as players seek to maximize their scores in a "take that" environment. It is a strategic "ruin your rivals" game.

When a virtuoso is saddled with a combined total of five doubt and/or dread cards, the virtuoso is driven insane. An insane virtuoso still gets their turn and may still win the game, but their options for card play on their turn is limited by their insanity. If an insane virtuoso has more dread than doubts, that virtuoso dies and becomes a fantasma that haunts the remaining living virtuosos. A fantasma may still win the game!

So, why not enter the world of artists and see if your virtuoso can withstand the doubts and dreads that have driven so many before them to madness and beyond...