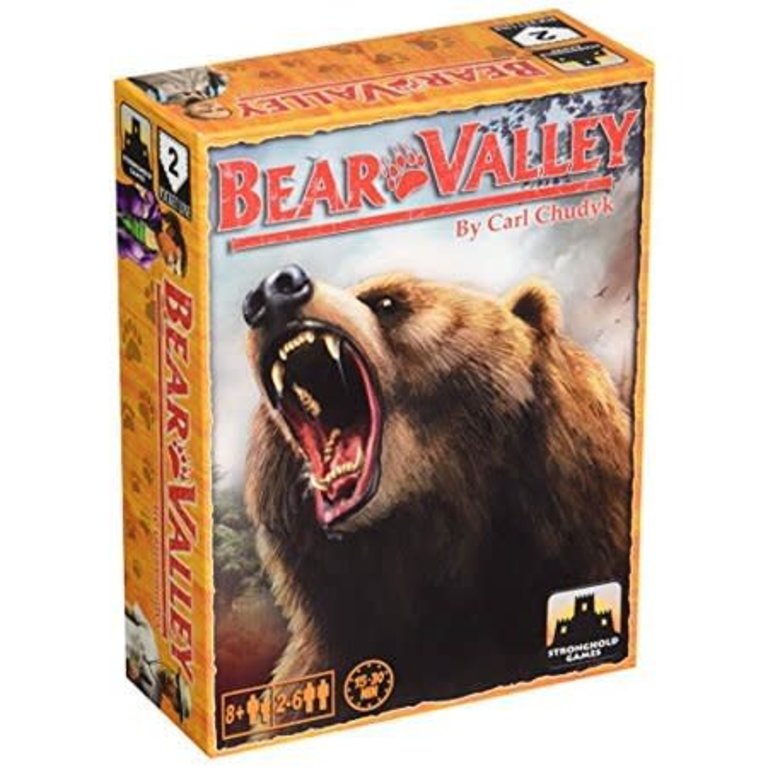 In Bear Valley, you must be the first to survive the treacherous wilderness and escape to the safety of the camp at the end of the valley. Players start as 2-6 campers along the Bear River and must navigate the wilderness, avoiding bears and trying to not get lost.

The map of trails and challenges is built by the players as they explore the wilderness. These wilderness cards feature beautifully illustrated realistic art and have between three and six exit points along with a variety of features, both man-made and natural in origin. No two games will ever play the same.

Gameplay is structured around a clever movement mechanism in which the first player moves one card, the second player moves up to two cards, the third player three, and so on. Each of the six player characters has both advantages and disadvantages that can be used across a variety of play options — short or long play, regular or advanced.

Dive into caves, row canoes, cross bridges, climb mountains, and cut through treacherous underbrush as you stop at nothing — except bears — to be the first to reach base camp.

Back to home
Leder Games

out of stock
Quickview
AEG Alderac Entertainment Group
Dice City
By decree of the Queen, there needs to be a new capital!
C$51.95
Helvetiq

out of stock
Quickview
Helvetiq
Bandido
Bandido is trying to escape again. Team up to stop him!
C$14.95
By using our website, you agree to the use of cookies. These cookies help us understand how customers arrive at and use our site and help us make improvements. Hide this message More on cookies »