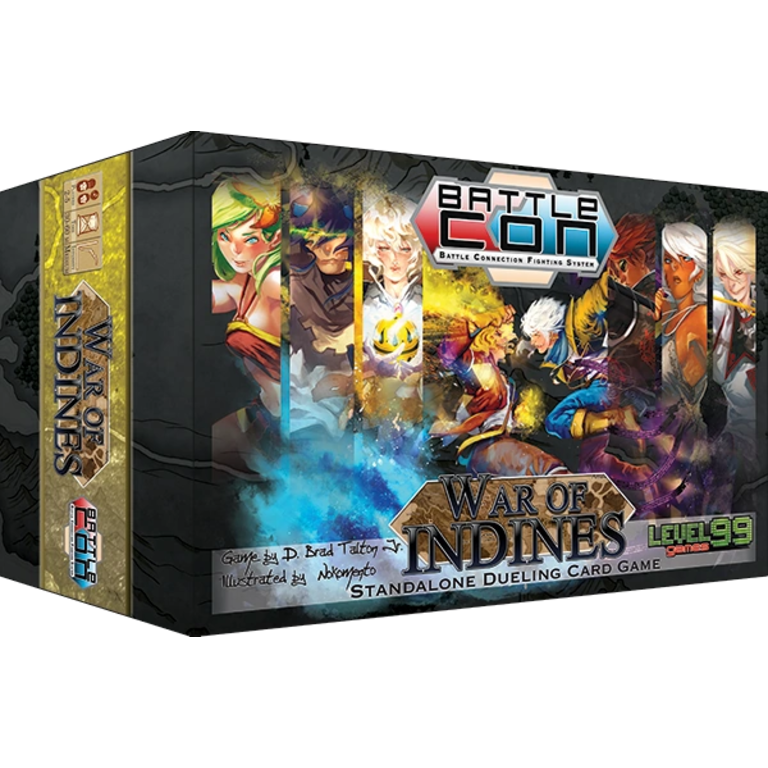 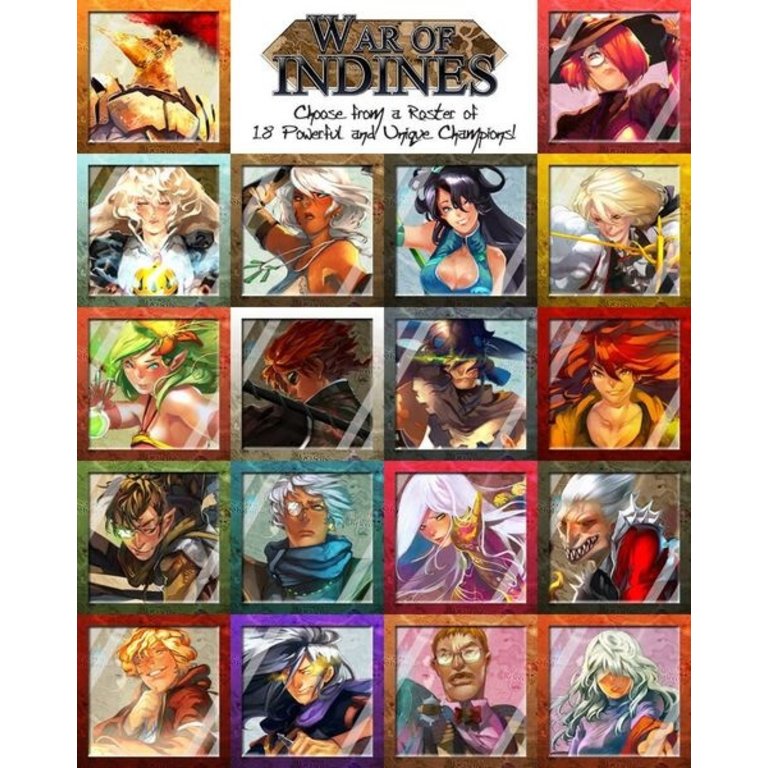 BattleCON is a fast-paced head to head card game for 2 players, based loosely around the mechanics and tactics present in 2D fighting games. In BattleCON, players choose characters with unique abilities and powers to test against one another in a battle of tactics, strategy, and intuition.

BattleCON: War of Indines is a standalone dueling card game designed for head-to-head play. Each player selects a character who uses a unique gameplay mechanism to give them an edge in combat. Take control of 18 different characters, from a fire elemental, an ocean guardian and her panda familiar, a space-bending trapper, a shadowy assassin, and more! Each character's play style requires new strategies, but uses the same foundational tactics, making a new character easy to learn, but challenging to master.

Players move along a seven-space-long board, trading blows and attempting to strike the opponent, using attacks formed by combining a character's unique styles and abilities with a set of basic cards that all characters share. There is no hidden information: you always know exactly what cards the opponent holds, just not the ones they'll choose! The last player standing wins!

BattleCON: War of Indines can be played on its own or combined with other BattleCON sets to create an even greater pool of characters and play variants.