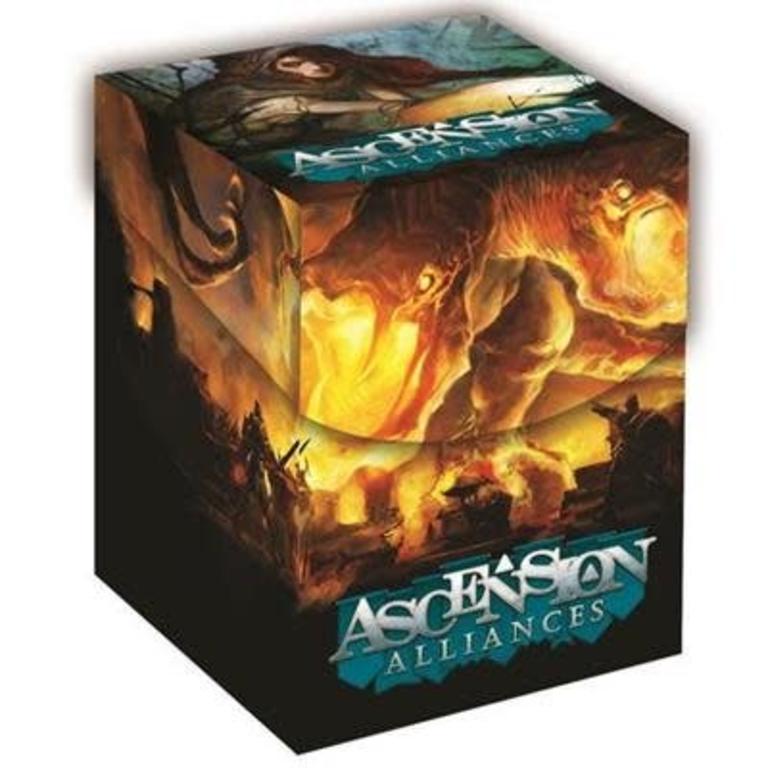 C$12.95
Stoneblade
In stock
Article code DNR-074427100957
Share this product:
Ascension: Alliances is a twenty-eight-card expansion that can be combined with any other Ascension game to allow two-player teams to compete for the first time. Form new Alliances in the War for Vigil!

Grab some friends, and compete for dominance as two-player teams. Each Alliance shares an Honor pool and a final score. Players in an Alliance take their turns at the same time and may share information and strategize together.

Ascension: Alliances also includes a new card type: Banners. Banners have two costs listed at the top of each card, each of which must be paid by separate members of an Alliance. When an Alliance acquires a Banner, it goes directly into play and affects both members of that Alliance.
By using our website, you agree to the use of cookies. These cookies help us understand how customers arrive at and use our site and help us make improvements. Hide this message More on cookies »