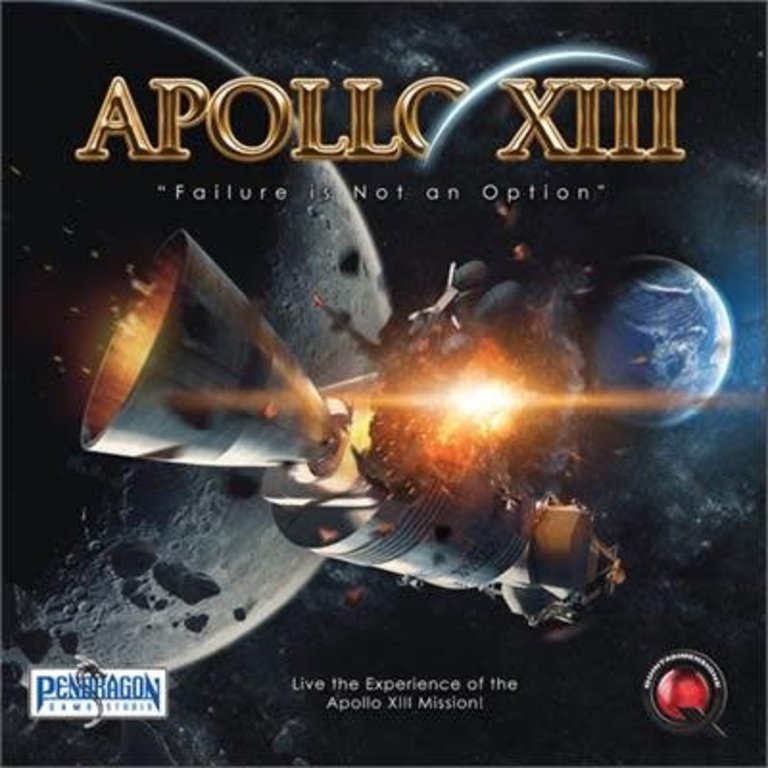 C$52.95
Passport Game Studios
In stock
Article code 8595730041888
Apollo XIII tells the whole story of the mission through a “card driven” system, which traces the story and features all of the disasters that plagued the mission. The players will need to manage these events if they hope to ensure the survival of the cre
Share this product:

Apollo XIII tells the whole story of the mission through a “card driven” system, which traces the story and features all of the disasters that plagued the mission. The players will need to manage these events if they hope to ensure the survival of the crew and return them to Earth safely.

Apollo XIII is a cooperative game. Your group must coordinate their actions, or you will not finish the mission. But, there is also an optional “Competitive Mode” game at the end of these rules, if you want an extra challenge!

As fate would have it, Apollo XIII  would be one of the most famous manned missions to the Moon, in some ways even more famous than the earlier Apollo 11 mission that landed the first men there. Apollo XIII  lifted off at 19:13 on April 11, 1970, from Cape Canaveral. It would prove to be one of the most critical situations NASA has ever faced.

Against incredible odds, the engineers at NASA overcame disasters of every kind to bring the entire crew back to Earth safely demonstrating that, even under harsh conditions, human minds are capable of miracles! Two famous phrases were born from this mission: “Houston, we have a problem,” announced by James Lovell shortly after the oxygen tank broke down; and “Failure is not an option,” declared by director Gene Kranz.

Much later, after all the recordings and problems were analyzed, NASA discovered that the damage that led to the oxygen tank explosion was already present when the Saturn V rocket was still on the launch pad: No one realized that during routine heating of the oxygen tanks, the temperatures would continue to rise once all of the liquid oxygen was exhausted. At around 500 degrees, the protective sheath surrounding the electric cables melted. When John Swigert “scrambled” the tanks at NASA’s request during the flight, the fateful button press caused a short circuit, and the tank exploded…