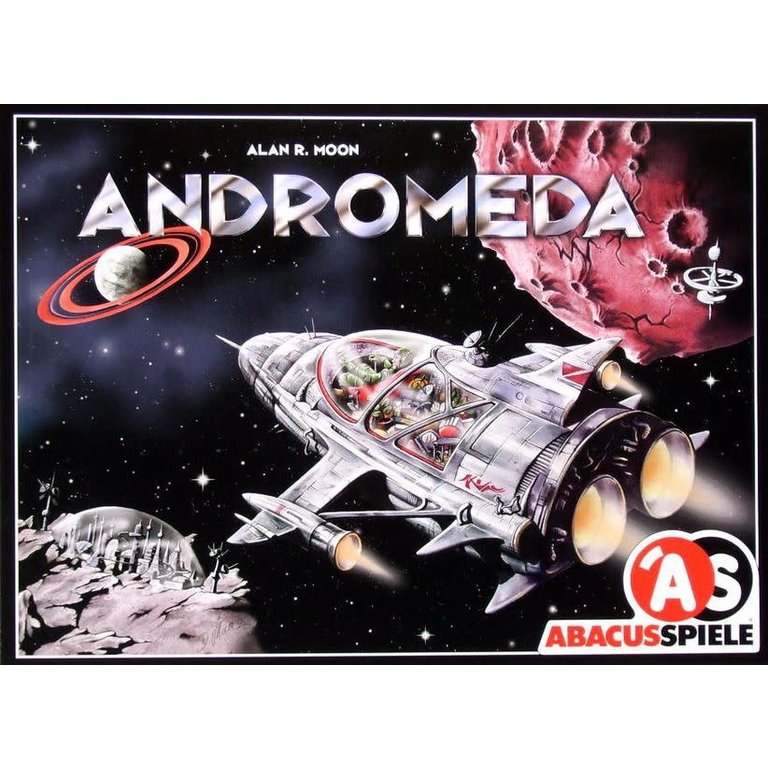 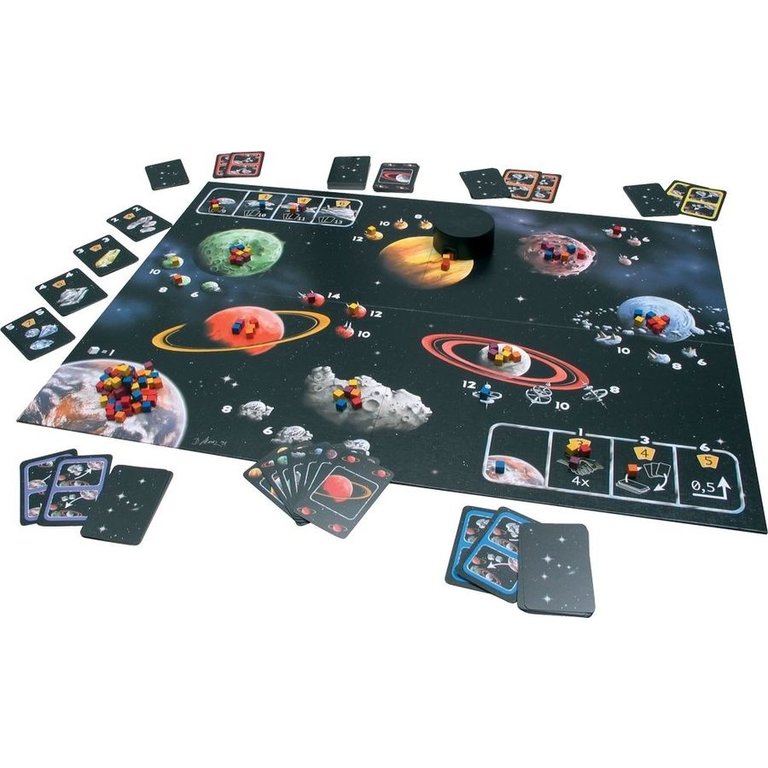 C$59.93
Rio Grande Games
In stock
Article code DNR-655132001434
The Planetary Union of the Andromeda galaxy wants wealthy traders from Earth to invest in their economy, but they want to limit those investments.
Share this product:

The Planetary Union of the Andromeda galaxy wants wealthy traders from Earth to invest in their economy, but they want to limit those investments. To control such investments, they have allocated three orbiting economic centers above each of their most important planets for development by Earth interests. This keeps the strange Earthlings off their planets and also creates competition among the many Earth companies interested in such development. The Planetary Union hopes this competition will bring them even more money for these investments as the Earthlings compete for the best centers. To keep the Earthlings from conspiring amongst themselves to divide up the economic centers on their own with secret agreements, the Planetary Union requires that all trades be done under their watchful eyes. They also have spies probing for such secret negotiations and will eliminate traders who are caught in such activities.

Back to home
Super Meeple Games

Quickview
Super Meeple Games
Cuzco
The third game in Wolfgang Kramer and Michael Kiesling's 'The Mask Trilogy"
C$69.95
By using our website, you agree to the use of cookies. These cookies help us understand how customers arrive at and use our site and help us make improvements. Hide this message More on cookies »