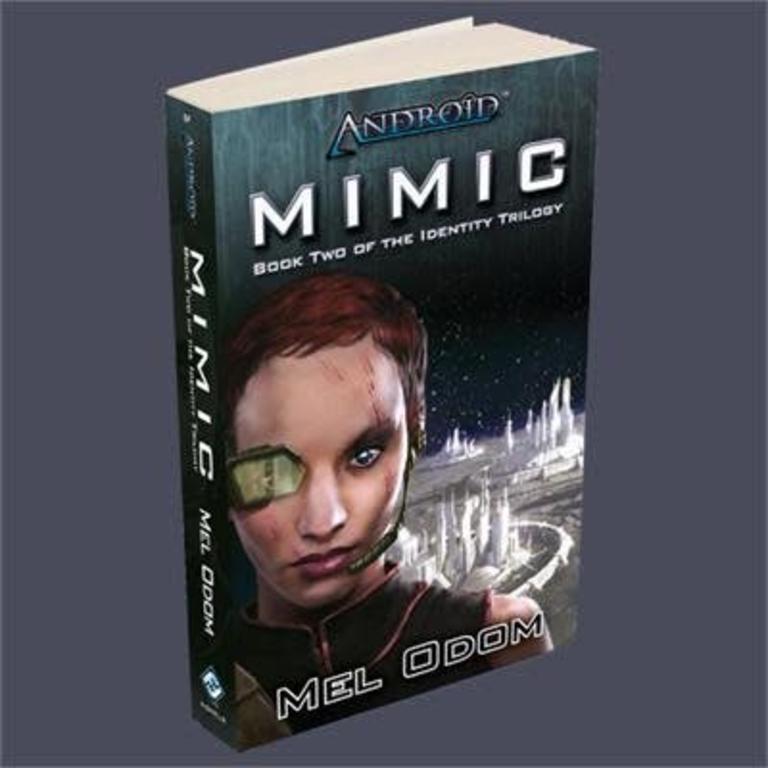 C$9.95
Fantasy Flight Games
Out of stock
Article code 9781616615444
Mimic continues the story of New Angeles Detective Drake 3GI2RC after he has been reassigned to the moon with a new partner.
Share this product:

I couldn’t permanently harm the men I was after.

I also couldn’t communicate with them because access to their comm was blocked. I held my left hand high and broadcast an image of my badge with scrolling ID under it, leaving it in place in the air before me and controlled by my onboard PAD as I reached for my airbelt controls.

The men stopped working and pointed at me as I pressed the controls of the airbelt.

The airbelt lifted me from the ground and shot me toward the wreckage. Two of the suspects nearest me pulled laser pistols and took aim. They didn’t use slug-throwers because the resulting recoil would wreak havoc on them in the microgravity. Laser pistols didn’t have a recoil issue

Mel Odom’s The Identity Trilogy is a series of novels set in the Android universe, and it tells a story of murder, manipulation, and mystery in a world where humanity and technology collide.