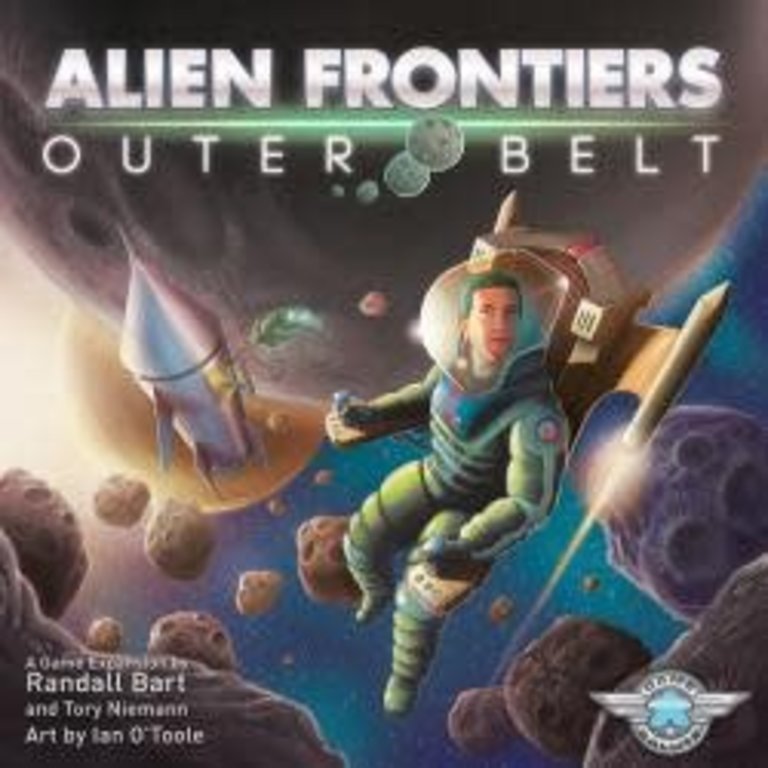 C$37.95
Game Salute
Out of stock
Article code 852990002850
Share this product:
The Outer Belt expansion to Alien Frontiers adds ships and colony tokens for an additional player and expands the playing board. This side-board expands the moon with a new territory, and introduces the nearby Asteroid Belt. Asteroid Counters move through the belt during the game, changing their docking requirements as they change their positions. Staking a claim to an Asteroid will give you resources, a derelict ship, or new alien devices.

Outer Belt can accommodate 2 to 5 players (up to 6 players when combined with Alien Frontiers: Factions.

Requires the Alien Frontiers Base Game to play.