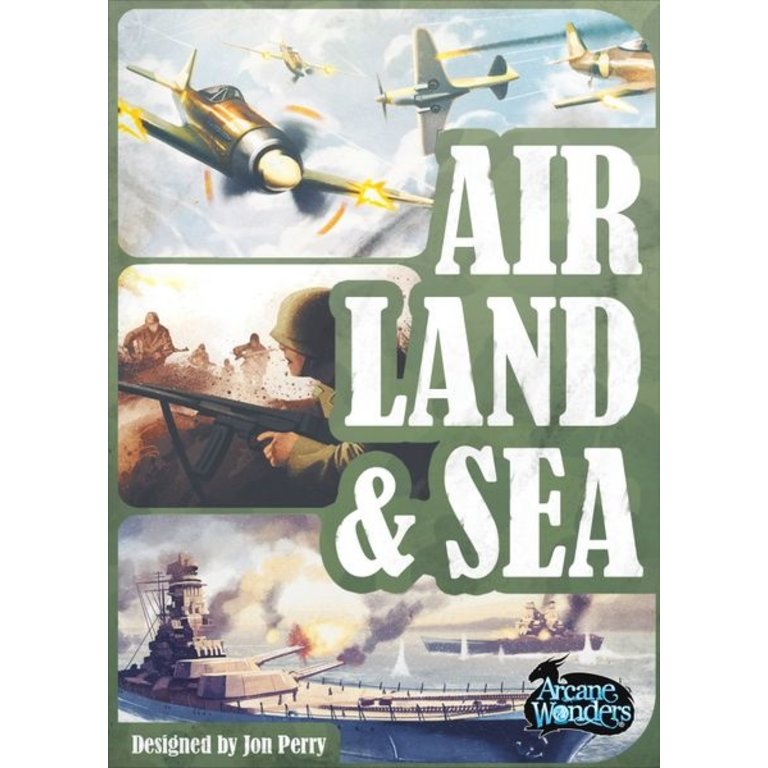 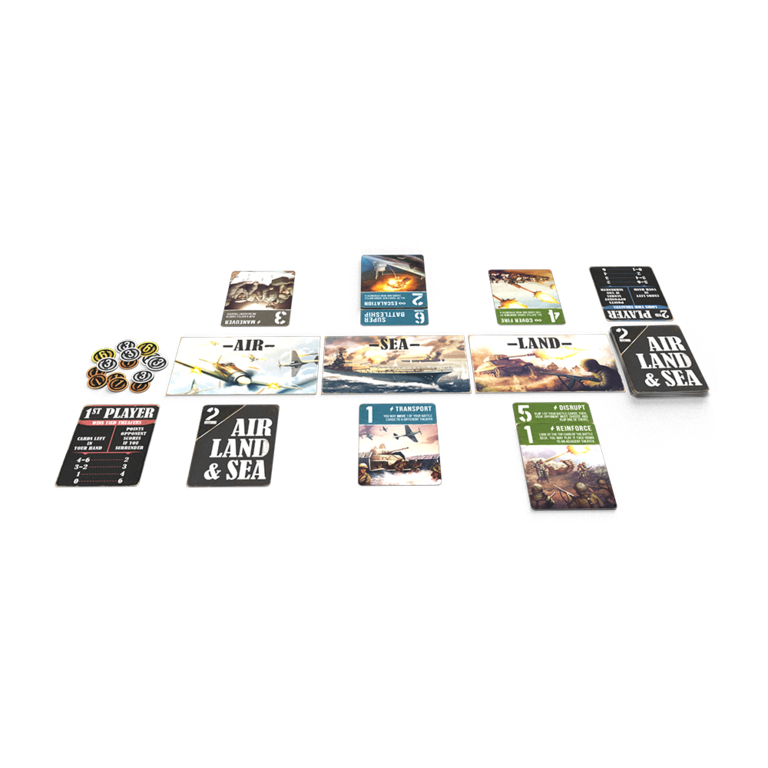 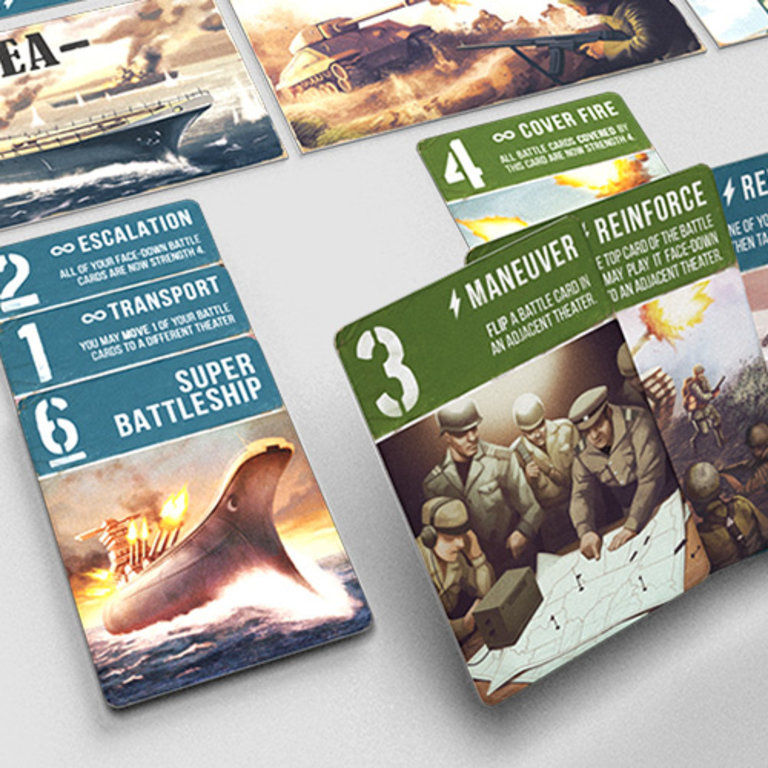 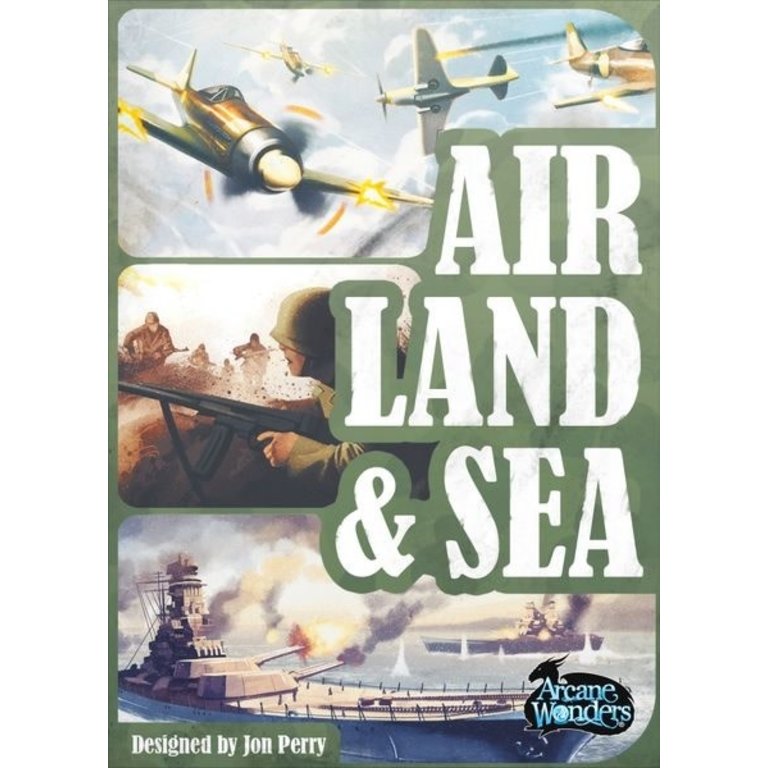 C$18.95
Arcane Wonders
In stock
Article code 853211004691
As Supreme Commander of your country's military forces, you must carefully deploy your forces across three possible theaters of war: Air, Land, and Sea!
Share this product:

In Air, Land, & Sea, two players participate in a series of Battles, with the objective to control two of the three Theaters of war after both players have played all of their Battle cards, or convince your opponent to withdraw!

As Supreme Commander of your country's military forces, you must carefully deploy your forces across three possible theaters of war: Air, Land, and Sea. The order you play your Battle cards is critical, and so is how you play them. All cards can either be played face-up or face-down. Playing a card face-up triggers its Tactical Ability, but the card must be played in its corresponding theater. Face-down cards are wild and can be played to any theater, but only have a strength of 2 and do not grant Tactical Abilities.

At the start of each battle, you will be dealt a hand of six cards. You will not draw additional cards during the Battle, so you must formulate your strategy based on only these cards. Players take turns playing Battle cards one at a time, until all cards have been played, or one player decides to withdraw.

You do not have to continue a Battle to the very end. Sometimes, it may be best to withdraw in order to deny your opponent complete victory! In Air, Land, & Sea, a strategic withdraw may lose you the battle to ultimately win the war! Victory points are awarded at the end of each Battle based on the results, and the first player to 12 victory points wins the war!

Shut Up & Sit Down recommends.

Back to home
Arcane Wonders

The Fox in the Forest

Quickview
Renegade Game Studios
Arboretum
Nowhere is nature's beauty quite so evident as in the resplendent colors of an arboretum.
C$24.95
Palm Court

out of stock
Quickview
Palm Court
Wavelength
Wavelength is a social guessing game in which two teams compete to read each other's minds.
C$49.95
By using our website, you agree to the use of cookies. These cookies help us understand how customers arrive at and use our site and help us make improvements. Hide this message More on cookies »