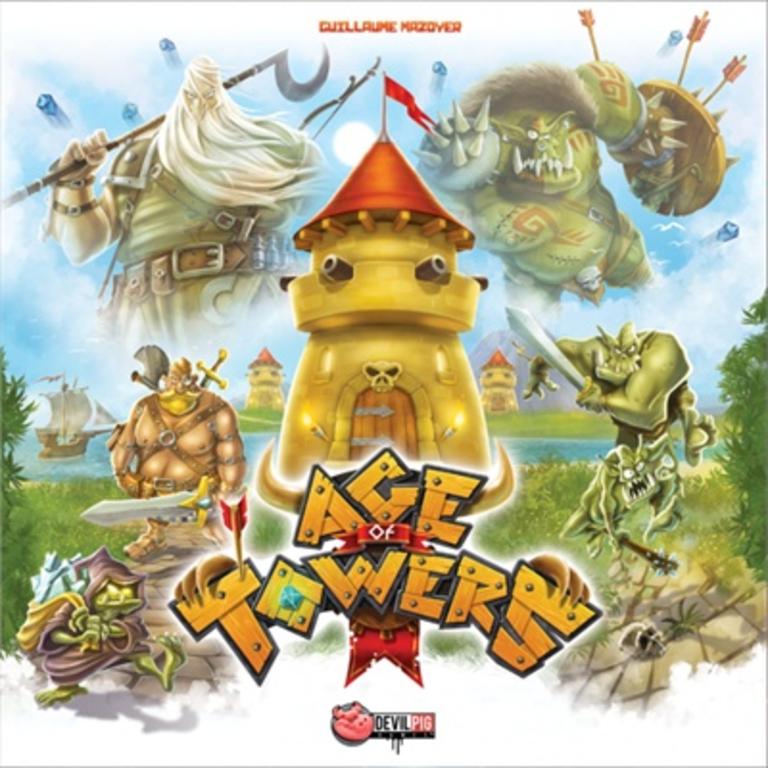 C$72.95
Devil Pig Games
Out of stock
Article code 1944666610014
Share this product:
Youve just found a mine filled with energy crystals ! Precisely those you use for your daily magic. The problem here is that youv just stumbled onto a Hord of monsters. And to get things even worse, the other cities seem to have discovered the existence of that mine as well. You dont have a choice, its them or you, with the monsters in the middle

In approximately 60 minutes game for 2 to 4 players, or alone with the included solo mode, you will have to build towers to protect the path leading to your city and send back the monsters to wherever they came from (or to your neighbours place, it works too, and its actually more efficient).

The game is played over a series of rounds. A round consists of 4 phases :

Night : The creatures on your road move toward your city, and invade it if able! But thats not all: two new monsters or maybe the boss himself come out of the mine !

Dawn : Open fire with your towers to repel the approaching menace.

Day : You must take two actions among the following:

The player with the most points wins the game.