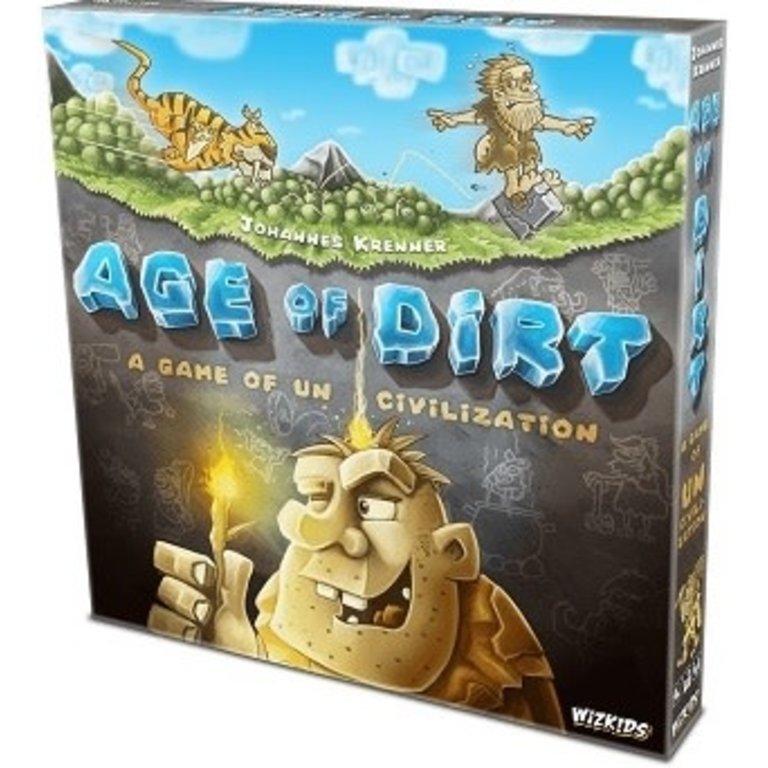 Age of Dirt: A Game of Uncivilization

n Age of Dirt, you'll control of a small tribe at the dawn of civilization, and send out your workers in the hopes of collecting the resources you need to grow and thrive. Unfortunately, they won’t always listen. Before collecting resources, you’ll have to drop all the workers in that resource's space through The Passage, a three-dimensional, mountain shaped tower, where they will tumble and get stuck, leaving only a few to get out and actually collect that resource. The rest will have to wait to be knocked loose on a future turn.

So, if you send a worker to the Forest to collect wood and berries, they might end up in the Mountains, collecting herbs, the Plains hunting for fur, or the Love Tent making…  your population grow. They might also bring some predators out of The Passage with them, and not come back at all.

C$44.95
Out of stock
Article code DNR-841333108144
On the warmest nights of the year, the quiet waters are filled with the glowing noctiluca. Can you catch the mysterious embers of the sea?

out of stock
Quickview
Z-Man Games
Noctiluca
On the warmest nights of the year, the quiet waters are filled with the glowing noctiluca. Can you catch the mysterious embers of the sea?
C$44.95
Skybound Games

Quickview
Pandasaurus
Wayfinders
Engines purring, goggles down - the seaplane is set for take-off!
C$44.95
Board & Dice

C$34.87
In stock
Article code 6425453001031
In Traintopia, you must create a futuristic train paradise with networks and routes for goods, commuters, and tourists.

Quickview
Board & Dice
Traintopia
In Traintopia, you must create a futuristic train paradise with networks and routes for goods, commuters, and tourists.
C$34.87
Good Games Publishing

Quickview
Arcane Wonders
Four Gardens
The heir would be chosen by the four Gods themselves.
C$44.95
By using our website, you agree to the use of cookies. These cookies help us understand how customers arrive at and use our site and help us make improvements. Hide this message More on cookies »