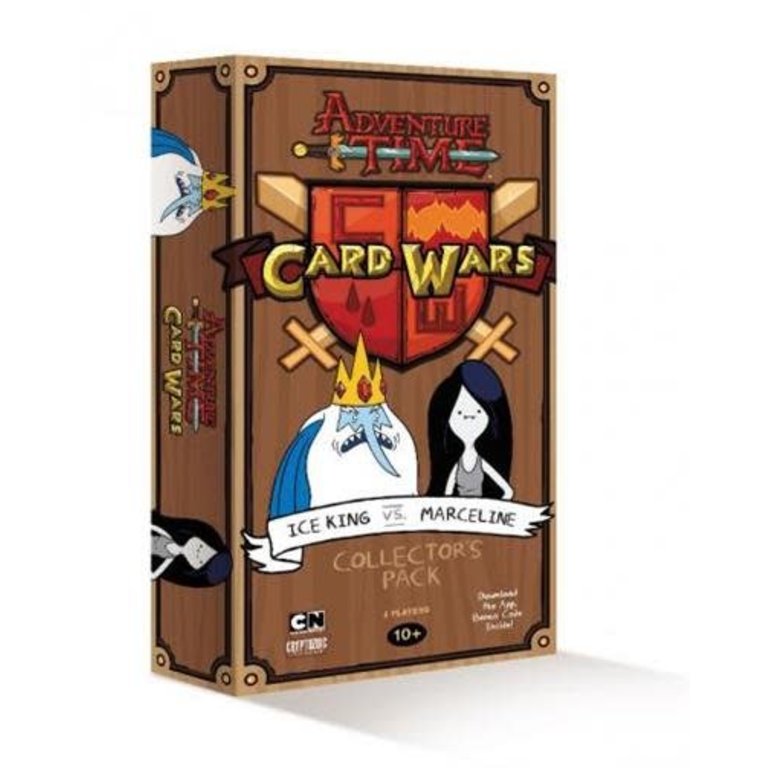 The fastest-selling trading card game of 2014 is expanding again! This time, the Ice King and his IcyLands deck take on Marcelines dark and crafty Useless Swamps & NiceLands deck. The excitement is mounting, as players speculate on the direction in which the first all-new Landscape will take. IcyLands Creatures are all about attacking directly. They would prefer to avoid attacking other Creatures. One way they can find some clear Lanes to attack down is through Frozen tokens an all-new addition to the game. Through various means, these chilling tokens can be placed onto your opponents Landscapes. Opponents will find playing Creatures onto Frozen Landscapes rather difficult. Where the Ice King finds an opening, he will strike as hard as a blizzard! Marcelines deck is a Useless Swamps & NiceLands deck. This is the first time that NiceLands has been paired with another Landscape type, and the chemistry is going to burn hot! The Useless Swamp side of the deck is themed around denial, discard, and dirty tricks. Some of the Useless Swamp Creatures are willing victims to your dark tidings. When they go, they leave a lot of destruction in their wake. The NiceLands side of the deck is themed around Creatures with exactly 5 Damage on them. This is a tweak to the NiceLands strategy as seen in the original NiceLands deck. There, the Creatures thrived with various different amounts of damage on them. Now the trick is to get as many of your Creatures as you can to have exactly 5 Damage on them. When that happens, look out! 96% of the cards in the set are BRAND-SPANKING new! Just a couple of rainbow cards have ever been seen before. NONE of the cards from the For the Glory! Booster set are repeated here. This Collectors Pack gives you over 45 never-before-seen cards. This new Ice King vs Marceline Collectors Pack is a must-buy for both casual and tournament level players!