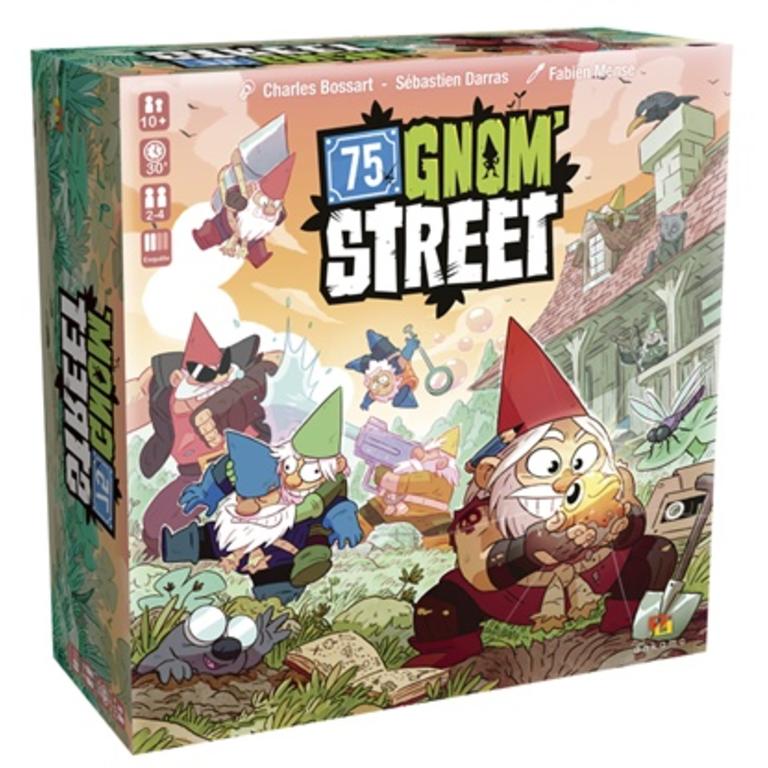 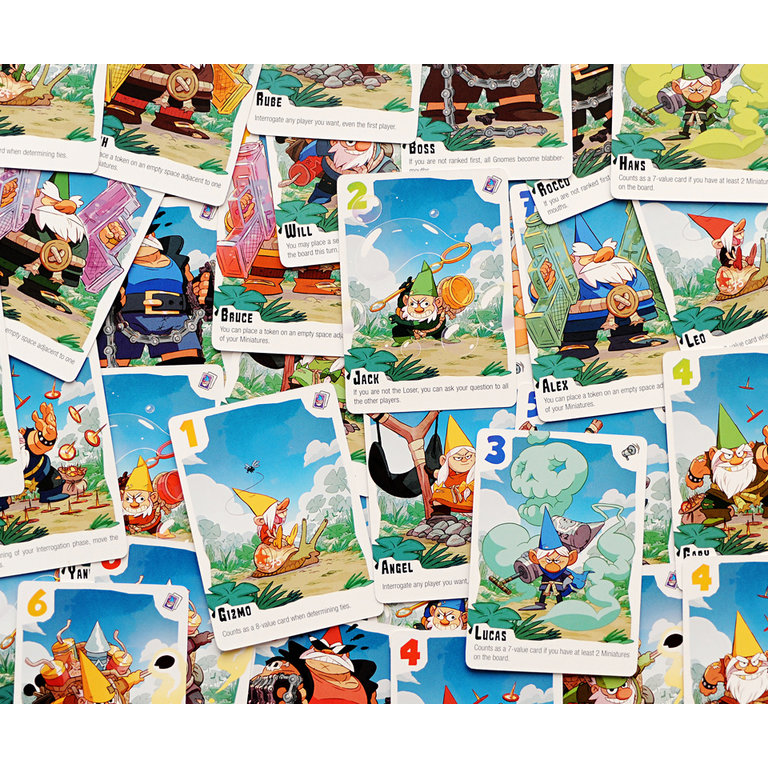 C$33.94
Ankama
Out of stock
Article code 889696003478
Gnom’ Street is a quiet little suburban road where nothing too exciting ever happens. Well, all that is about to change! The garden gnomes at 75 Gnom’ Street have been pilfering precious goods from the houses in the neighborhood and stashing them in the y
Share this product:

Gnom’ Street is a quiet little suburban road where nothing too exciting ever happens. Well, all that is about to change! The garden gnomes at 75 Gnom’ Street have been pilfering precious goods from the houses in the neighborhood and stashing them in the yard. But with that much loot up for grabs, it won’t be long before an all out gnome gang war breaks out. Choose a team, hide your loot, and prepare for one of the silliest battle you’ve ever played!

In 75 Gnom’ Street, you control one of the gnome gangs, searching for your opponents’ loot. It’s played over a series of rounds, broken up into different phases. All of the action takes place in the garden grid in front of the house, where players look for loot and battle for territory. At the start of the game, players receive a Loot card that tells them where on the board’s garden grid their loot is hidden. Keep it secret, because your opponents would love to get their hands on your goods! By interrogating the competition, you’ll try and find where everyone else has their treasure stashed and steal it for yourself!

During the Fight phase, you secretly choose and reveal a Gnome card from your hand to determine turn order for the all-important Investigation phase. The higher the card played, the sooner you’ll go in turn order. However, you have to be careful. If you play the same card as someone else, the values are reduced to zero. Sometimes, it pays to play a lower Gnome card if you think it will help you avoid a tie. The obvious solution to solving a tie is a Gnome Throw! Tied players take their Catapult cards and their Gnome tokens and attempt to launch them onto the board as close to the chimney of 75 Gnom’ Street as possible. The one who lands closest to the chimney will go earlier in turn order (What? You’ve never held a Gnome Throw to settle a dispute before?). Some of the different Gnome cards have special abilities, like allowing you to place extra gnomes in the garden, or giving you more flexibility during the Investigation phase.

Once all the fighting is resolved and the turn order is determined, you move on to the Investigation phase. During this phase you take a Terrain token, which indicates what part of the garden you can place one of your gnome miniatures, and you take an Action token, which indicates what you can do during the phase. Most of the Action tokens refer to ways of interrogating your opponents about the location of their loot. Some allow you to question by the garden tiles surrounding one of your gnomes, or by the axis they’re on, or by a flower type in the garden. You can only question players lower on the turn order track than you, meaning the last place person can’t question anyone. As you gain more and more information, you can keep track of it in your Investigation booklet. As the game progresses, you’ll be able to narrow down the possible locations of your opponent’s loot in the garden, and maybe even identify the exact spot! But be careful where you place your gnomes in the garden, there is a cat prowling around and one of the Action tokens allows players to move the cat, removing gnomes from the garden.

After the Investigation phase ends, you can discard a Gnome card to deploy some moles in search of your opponent’s loot, or plant a decoy to create confusion. Mole tokens are placed in the garden where you think opponents might be hiding their loot. Bait tokens can be placed to mislead some of the other gnomes into sending their moles to that location.

At the beginning of a round when a player has no Gnome cards in their hand, the game’s end is triggered. All players will draw all their Gnome cards back into their hand and one last round is played. You’ll earn points for all of the gnomes you have in the garden, how accurately you deployed your moles in search of loot, and how effectively your Bait tokens fooled other players.

Only one gnome gang will be left holding all the loot at the end of the game. The others are forced out of the hood to rebuild their garden-based criminal empires. 75 Gnom’ Street is a hilarious mix of deduction, bluffing, and fighting. Play your cards right and you’ll be able to ask all the right questions and lead your gnome gang to victory!