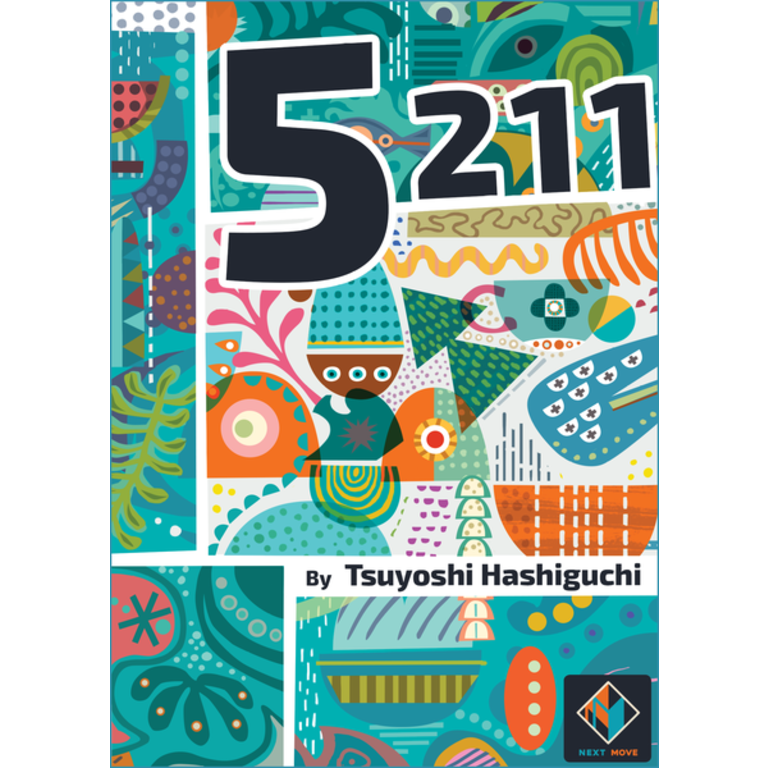 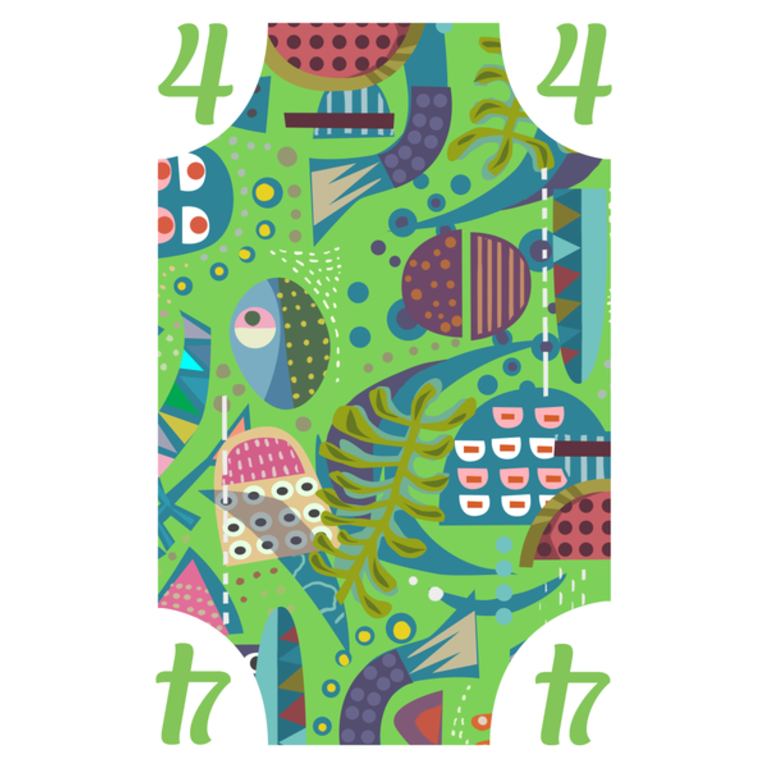 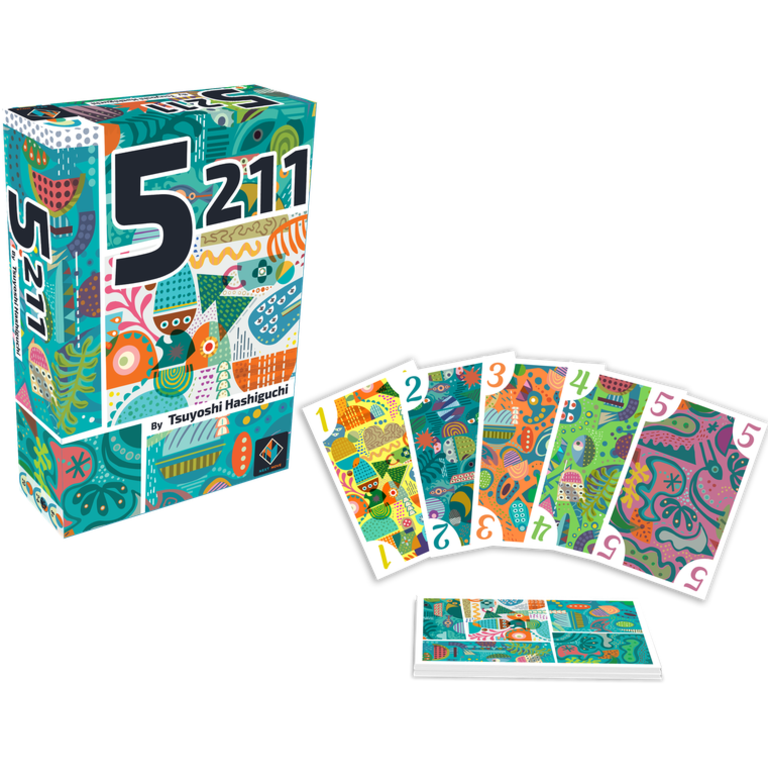 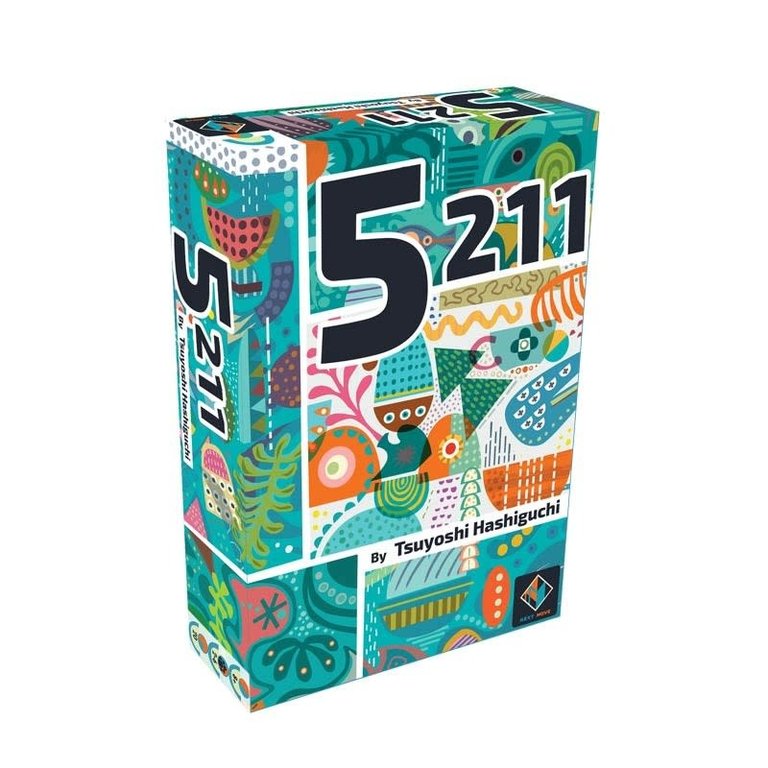 5211 is a fast-playing card game with unique scoring methods that reward clever plays!

This game has cards 1-6 in five colors, and each player has five cards in hand. Players play two cards from hand simultaneously, then reveal them. They refill their hand, then repeated this process two more times, revealing only one card each of these times. The cards of the majority color will score — unless too many are present, in which case the color busts and the second most color scores. In case of a tie for majority, the tied colors are also out. These rounds are repeated until the deck runs out, and the player with the most points wins.

(5211 is a new edition of an older game called 5 COLORS that has all new art as well as components that allow for up to eight players to compete at the same time.)