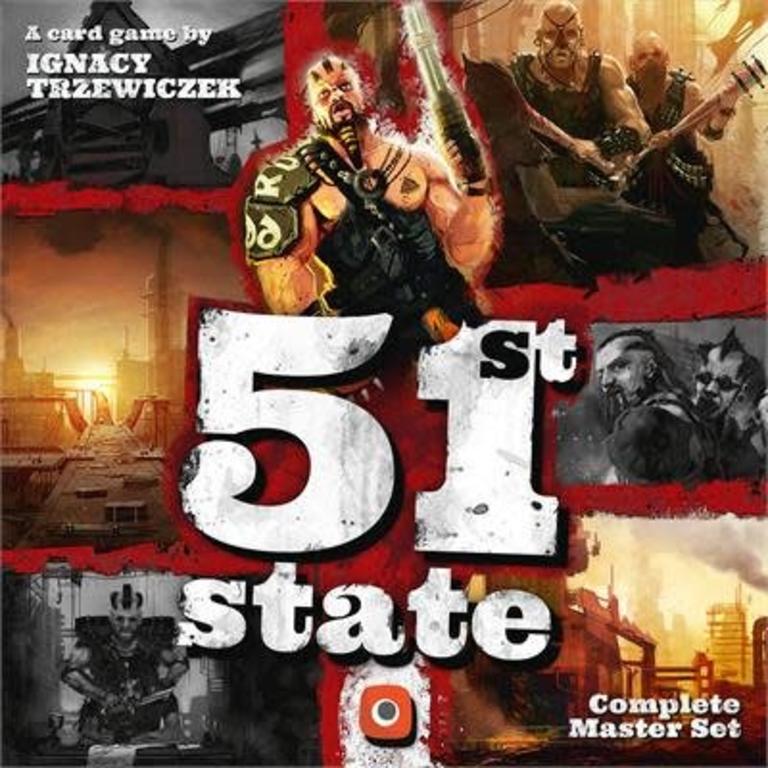 C$39.97
Portal Games
Out of stock
Article code 5902560380095
Share this product:
The world you know no longer exists. There is no government. No army. No civilization. The United States has collapsed, and now thirty years after the war started, new powers finally try to take control over the ruined country, try to establish a new order, try to control others and create a new country, a new state: the 51st State.

51st State: Master Set marks the rebirth of the 51st State line, with this set containing 88 cards from the original base game, and 50 cards each from both the New Era and Winter expansions; one of these expansions can be mixed with the cards of the base game, but not both at the same time. The entire set has been rebalanced to offer a cohesive experience no matter which expansion you choose to use.
By using our website, you agree to the use of cookies. These cookies help us understand how customers arrive at and use our site and help us make improvements. Hide this message More on cookies »