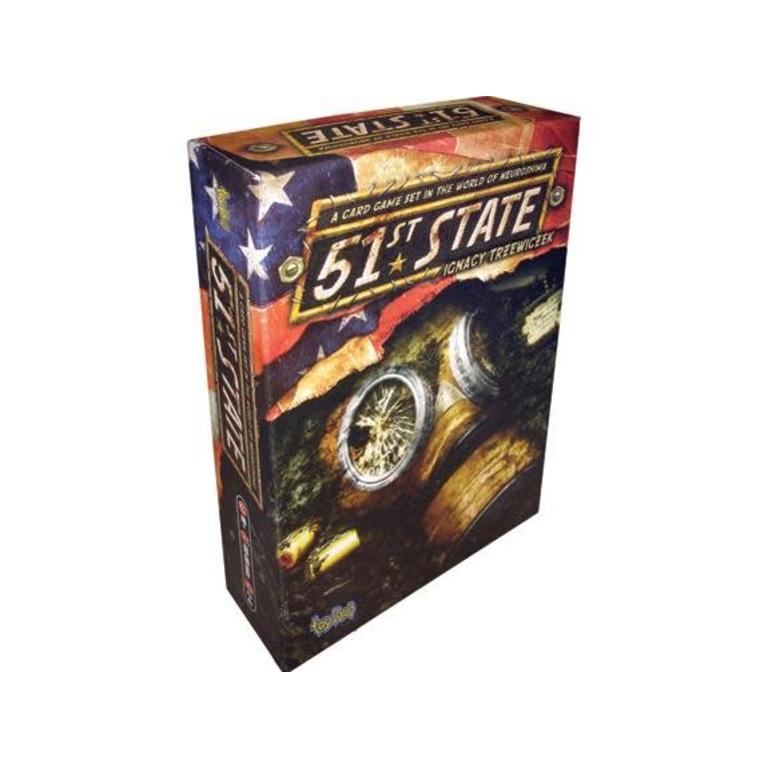 Players take control of one of four factions vying for control of the post-war remains of a devastated United States. These factions struggle to build their stockpiles of supplies through conquest, trade, and expansion of their territory, until they achieve the stability to become the 51st State - and provide the foundation of a new society.

Designed by internationally renowned designer Ignacy Trzewiczek, and set in the Neuroshima universe, 51st State features breathtaking artwork and innovative gameplay. Players will have to strategically plan the growth of their faction - Will you use force to gain large, short term benefits? Will you negotiate to gain an ongoing income? Or will you incorporate new locations into your territory? Difficult decisions await the players on every turn.