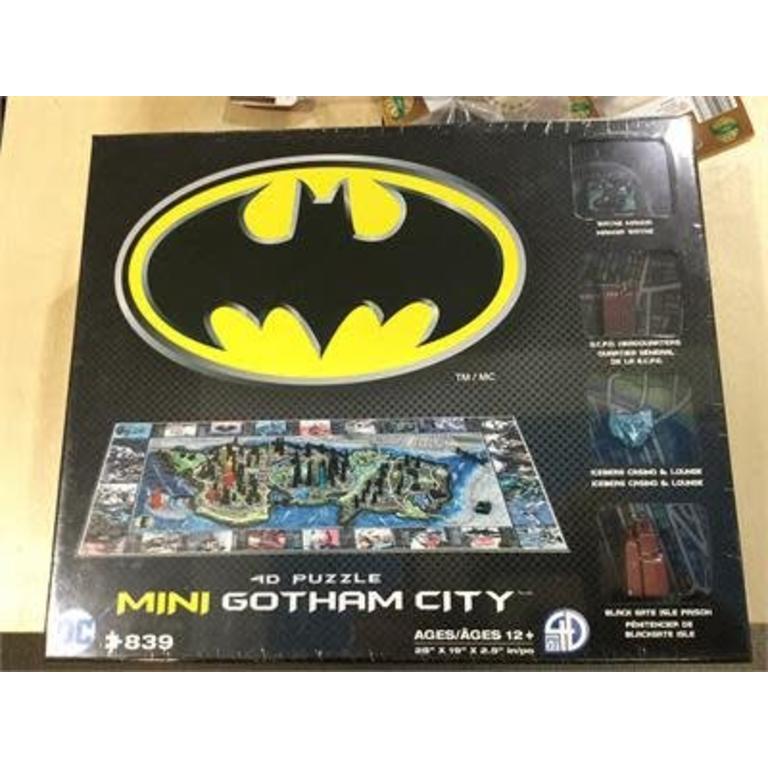 C$49.95
Cityscape 4D Puzzles
Out of stock
Article code 714832520000
Share this product:
Journey Through Gotham City and Rebuild the City. Locations and Structures!

With its detailed history, distinctive architecture, and landmark structures, Gotham City is almost as iconic and integral a character to Batman as the Caped Crusader himself. Dating back to before the American Civil War, the island city has been built out and connected to the surrounding mainland via massive bridges financed by and named after the wealthiest families of Gotham City. Gothic spires, dark alleys, and foreboding stone gargoyles contribute to the gritty atmosphere for which Gotham City is known, and create a labyrinth of opportunities for the many villains, mobsters, and criminals who lurk the city streets. Each of Gotham's neighborhoods has a unique feel and tone of its own, ranging from the underdeveloped and seedy crime alley in the city's Eat End Region, to the more refined residences of the Diamond District. As you construct this urban cityscape, you will visit the chemical plant responsible for the Joker's frightful appearance, battle the architect at Beacon Tower, and come to know the hidden nooks and passageways that make up the intricate city that Batman calls home.
By using our website, you agree to the use of cookies. These cookies help us understand how customers arrive at and use our site and help us make improvements. Hide this message More on cookies »