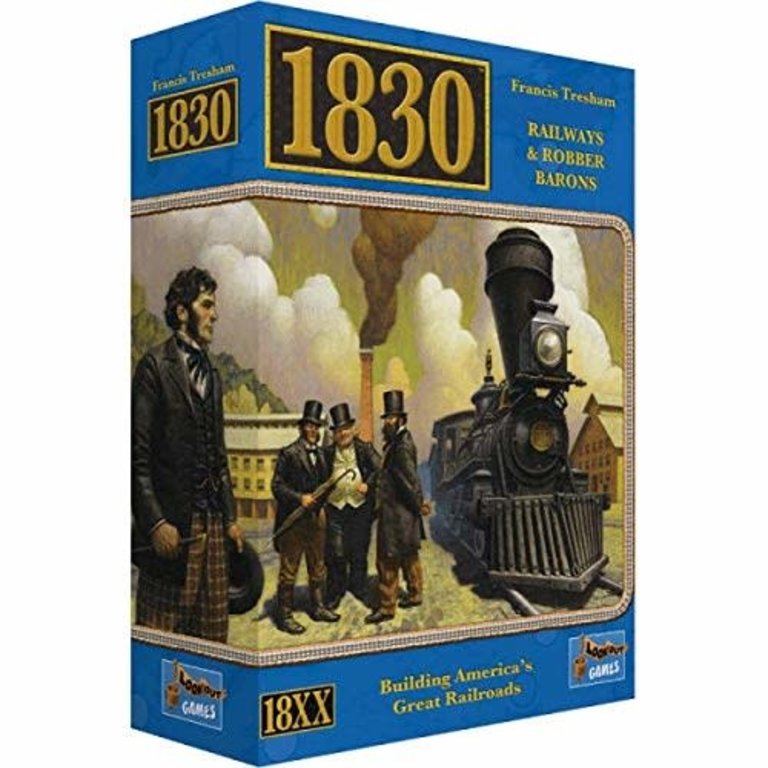 1830 is a strategy game where the only element of luck involved is in determining the initial play order. The game takes the basic mechanics from Francis Tresham’s 1829, with players seeking to make the most money by buying and selling stock in various rail transport companies located on a stylised eastern United States map. Players also operate any companies they are the President (majority shareholder) of in order to generate revenue and affect stock prices.

The game is designed to represent the beginning of railroad operations in the eastern United States beginning in the year 1830, with stock companies in the game representing historical railroad companies.

The goal of the game is to maximize personal wealth before the game ends, whether by nurturing a railroad company to increase its stock value, gutting it and running with the money, successful stock trading or arranging for another player to go bankrupt. Buying, trading and speculating on the stock market is often where 1830 is won or lost.

A game is finished when the bank runs out of money or any player goes bankrupt, with the player with the greatest personal wealth winning.